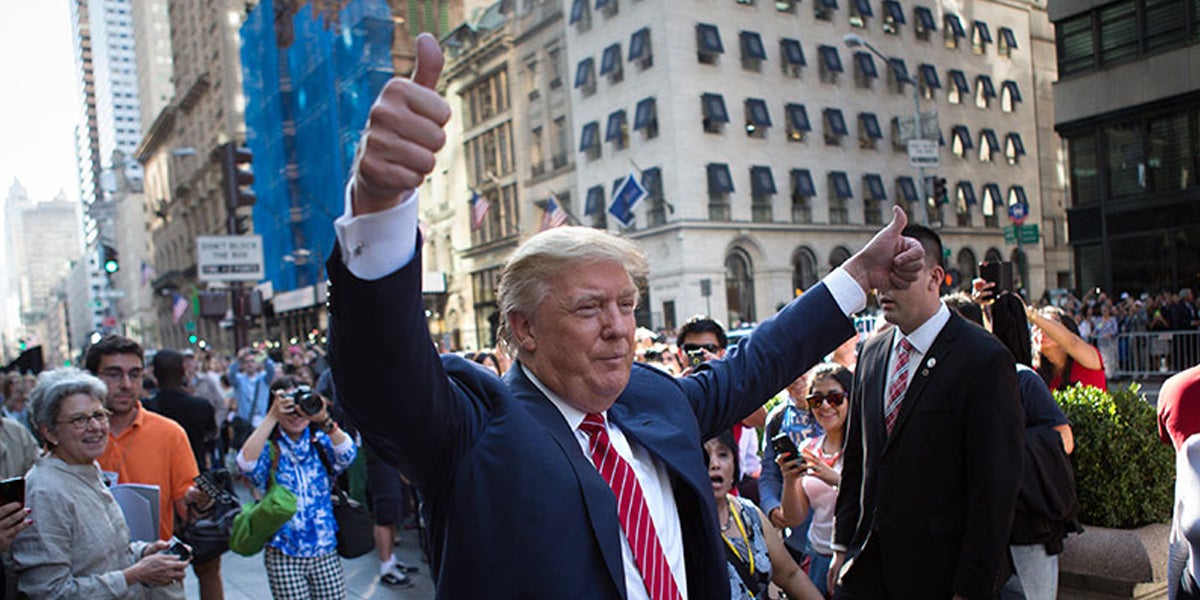 President Donald Trump has repeatedly declared that “Americans deserve the best infrastructure in the world,” but—judging by policy blueprints that have emerged from the White House in recent days—critics argue that Trump is actually planning to deliver a heavy dose of “disaster capitalism” that will hand construction projects to corporate America while running roughshod over people and the environment.

In a statement following Trump’s State of the Union address on Tuesday—during which he vaguely called for a $1.5 trillion infrastructure plan—Food and Water Watch executive director Wenonah Hauter denounced the president’s misleading rhetoric and argued that his infrastructure proposals amount to little more than “a giveaway to cronies and financiers” that will force states to cover the costs.

Highlighting a newly leaked White House infrastructure memo that calls for a drastic rollback of environmental rules to expedite oil pipeline construction and other projects, Hauter argued that Trump’s “plan is to deregulate and privatize—it’s disaster capitalism cloaked as progress.”

“It’s fitting that his address took place one day before FEMA pulls out of Puerto Rico, where people are still lacking clean water infrastructure and access to energy,” Hauter added. “There will be many more Americans suffering the same fate if our federal government leaders continue to prioritize private profits over the public good.”

Hauter is hardly alone in concluding that Trump’s proposals—many of which were obtained by Axios last week—will benefit big business at the expense of Americans and the environment.

Rep. Barbara Lee (D-Calif.), who boycotted Trump’s State of the Union address, weighed in on the infrastructure plan on Twitter:

Trump's infrastructure “plan” is a giant hand-out to billionaires. Instead of making inclusive & green investments in communities, the White House wants to sell off roads and bridges to Wall Street donors. #TrumpSellsOut #SOTU

And as part of a new initiative aimed at tracking Trump’s infrastructure plan and holding the administration accountable “for illegally developing infrastructure policy in violation of federal transparency laws,” the advocacy group Democracy Forward argued in a report released on Monday that the White House’s proposals are a “blueprint for cronyism.”

Characterizing what is currently known about the president’s infrastructure strategy as the “capstone” of his conflicts of interest and anti-environment agenda, Democracy Forward observes that Trump’s proposals would allow the White House to:

When Trump’s full infrastructure plan is finally released, “what the American people will see is an infrastructure plan designed in secret by a council endowed with more power than Dick Cheney’s infamous and self-enriching Energy Task Force,” predicted Corey Ciorciari, Democracy Forward’s policy and strategy director. “This is a plan for maximum cronyism.”