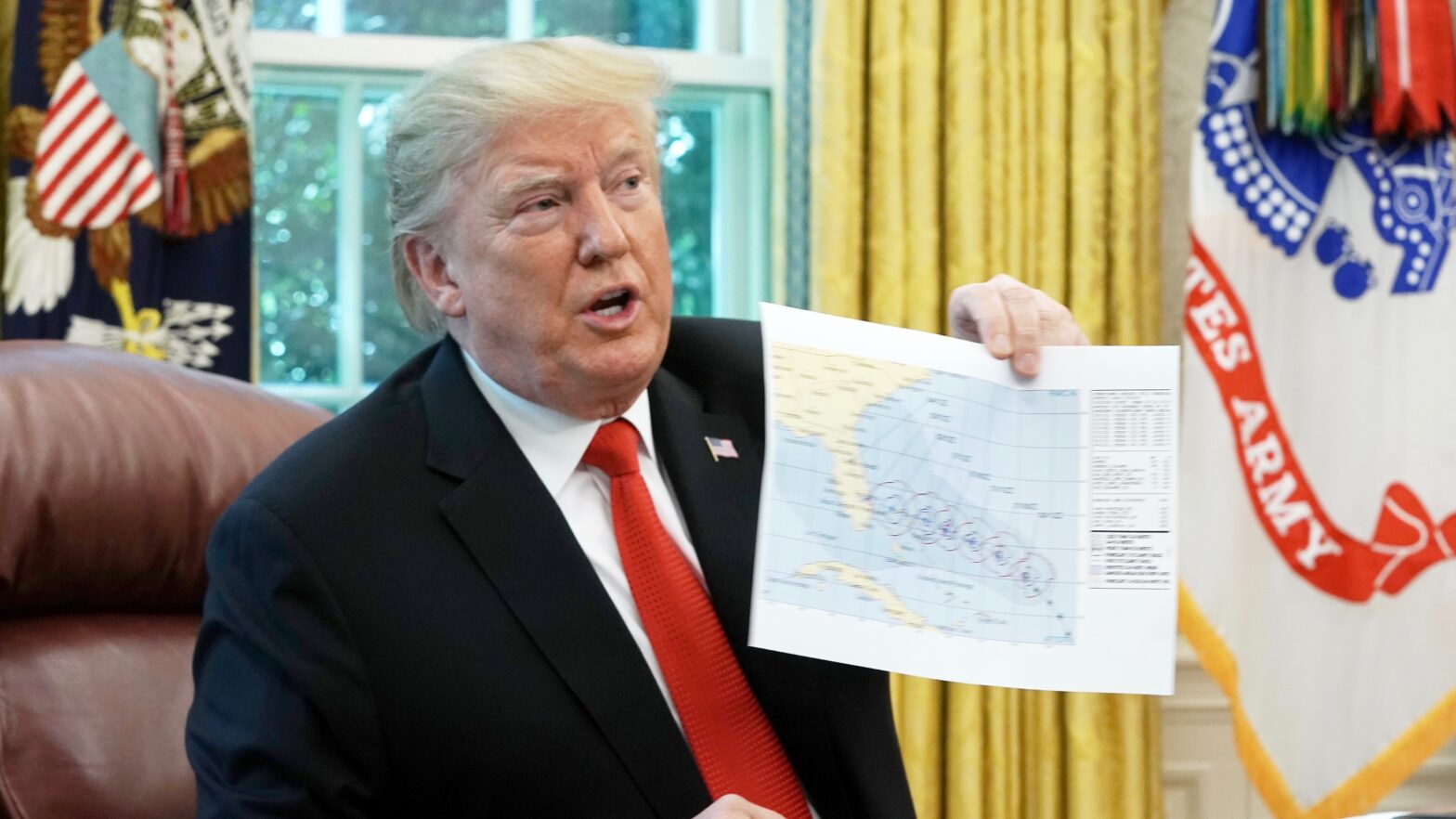 On Monday, EcoWatch reported how National Oceanic and Atmospheric Administration (NOAA) officials had sided with President Donald Trump‘s false claims that Hurricane Dorian would impact Alabama and against the National Weather Service (NWS) office that moved swiftly to correct the record. Now, new information reported by The New York Times Monday reveals that the NOAA officials acted out of fear for their jobs.

Secretary of Commerce Wilbur Ross threatened to fire political appointees at NOAA after the Birmingham, Alabama NWS tweeted a correction of President Trump’s misleading Sept. 1 tweet listing Alabama among the states that would “likely be hit (much) harder than anticipated” by Dorian, three sources familiar with the situation told The New York Times.

Alabama was not in the storm’s cone of uncertainty when the tweets were sent. But Ross’s threat prompted NOAA to issue a controversial statement Friday supporting the President’s claims over the Birmingham forecasters’ assertion that Alabama would “NOT see any impacts” from the storm. NOAA’s statement pointed to a small chance that tropical-storm-force winds would reach a small portion of the state.

The New York Times explained how that statement came to be:

Mr. Ross phoned Neil Jacobs, the acting administrator of NOAA, from Greece where the secretary was traveling for meetings and instructed Dr. Jacobs to fix the agency’s perceived contradiction of the president.

Dr. Jacobs objected to the demand and was told that the political staff at NOAA would be fired if the situation was not fixed, according to the three individuals, who requested anonymity because they were not authorized to discuss the episode.

“The New York Times story is false,” a spokesman told NPR in an email. “Secretary Ross did not threaten to fire any NOAA staff over forecasting and public statements about Hurricane Dorian.”

But the fallout from Friday’s statement is leading to internal investigations and even a call for Ross to resign from Rep. Don Beyer (D-VA), who serves on the House Committee on Science, Space and Technology.

“His direct attacks on the scientists and federal employees, whom he threatened to fire for doing their jobs by accurately reporting the weather, are an embarrassing new low for a member of this Cabinet which has been historically venal and incompetent,” Beyer said in a statement reported by NPR.

His direct attacks on the scientists and federal employees, whom he threatened to fire for doing their jobs by accurately reporting the weather, are an embarrassing new low for a member of this Cabinet which has been historically venal and incompetent. https://t.co/G53f0nw0EY

Friday’s NOAA statement is the subject of an investigation by the Commerce Department’s Office of Inspector General, The New York Times reported. NOAA’s acting chief scientist Craig McLean also said he would investigate the statement to see if it violated the agency’s policies and ethics, according to a Sunday email obtained by The Washington Post.

“The NWS Forecaster(s) corrected any public misunderstanding in an expert and timely way, as they should,” McLean wrote in the email. “There followed, last Friday, an unsigned news release from ‘NOAA’ that inappropriately and incorrectly contradicted the NWS forecaster. My understanding is that this intervention to contradict the forecaster was not based on science but on external factors including reputation and appearance, or simply put, political.”

NWS Director Louis Uccellini also broke with NOAA leadership to defend the Birmingham team at a meteorology conference in Huntsville, Alabama Monday. He asked all NWS members to stand and earned a minute-long standing ovation for his remarks and for the Birmingham office’s actions.

Wow! What a powerful moment and moving show of support with a standing ovation for WFO Birmingham. Thank you @NWSDirector! #NWAS19 pic.twitter.com/PDXz0TrZOa

“They did what any office would do,” Uccellini said. “With an emphasis they deemed essential, they shut down what they thought were rumors. They quickly acted to reassure their partners, the media and the public—with strong language—that there was no threat. They did that with one thing in mind: public safety.”