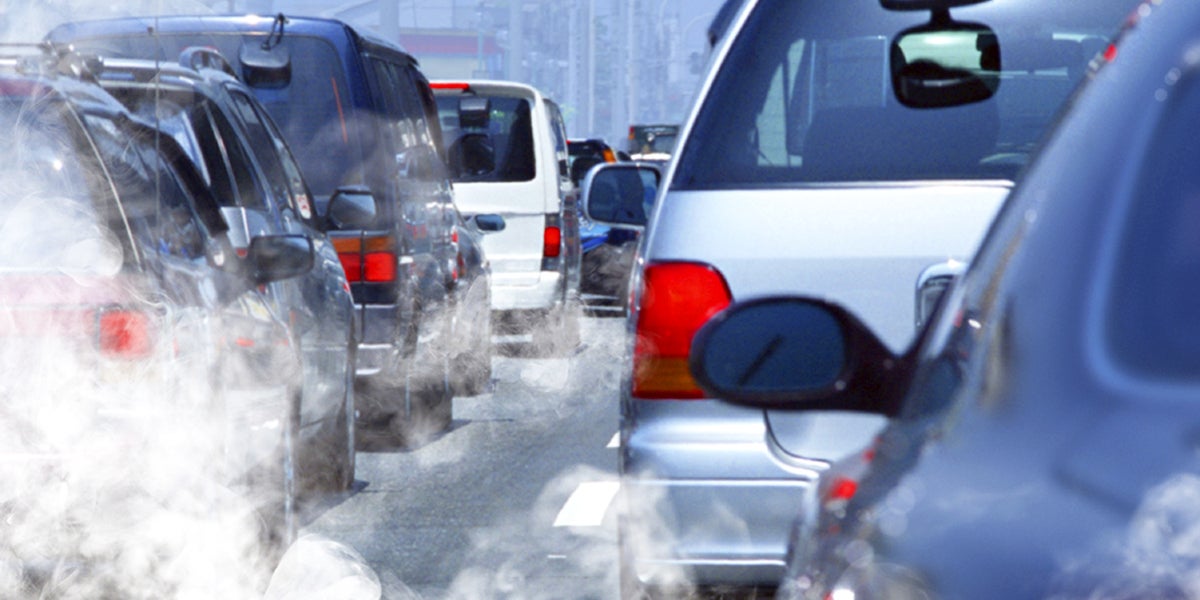 U.S. Environmental Protection Agency (EPA) Administrator Scott Pruitt rescinded the determination that the EPA standards for 2022-2025 are appropriate. This decision was made at the request of automakers seeking to supplant more than four years of robust, technical analysis with a political request from industry.

A spokesperson for the administration even noted on a press call regarding the announcement that automaker complaints had been taken at face value with no additional analysis or verification, despite the tremendous body of evidence the EPA has already put forth supporting the determination. This decision could have major implications not just for our climate, but for consumers, thanks to an administration willing to bend over backwards for industry.

What Does This Mean?

This step backwards is the first necessary for the administration to weaken the fuel economy and global warming emissions standards set for 2022-2025 way back in 2012. These standards were reaffirmed by the previous EPA Administrator Gina McCarthy in January based on the breadth of data, which showed that manufacturers could continue to meet the standards on the books and that moving forward with such standards would provide tremendous benefits to the American public. While a stroke of a pen might undo this determination, it cannot undo the significant body of evidence underpinning this well-justified determination.

It’s Industry’s Word vs. a Mountain of Independent, Peer-Reviewed Data

As I wrote in January, the determination that EPA’s 2022-2025 standards were appropriate was based upon a mountain of evidence. The agency spent tens of millions of dollars on research and analysis, including vehicle testing and simulation that resulted in at least 20 peer-reviewed publications; studies on consumer acceptance of technology and willingness to pay for it which contradicts automaker assertions that the public doesn’t want fuel-efficient vehicles; and updated assessments of technology costs by an outside consultant that looked at how a given technology would impact the parts and engineering costs of other parts of the car, including some of the innovative technologies that weren’t originally anticipated back in 2012.

In addition to this massive amount of work accounted for by the EPA, the Department of Transportation (DOT) added its own heap of analysis, including independent assessments of the costs to achieve the standards and the ability for future combustion engine and vehicle technologies to meet the 2025 standards as well as a DOT-funded comprehensive assessment by the National Academies of Science, Engineering and Medicine. DOT’s findings were published jointly with EPA in the Draft Technical Assessment Report last summer and said quite clearly that manufacturers could meet the finalized 2025 standards through the deployment of conventional technologies and at a lower cost than originally anticipated.

A further part of the process, of course, came from publicly submitted analyses. Groups like the International Council on Clean Transportation, the Environmental Defense Fund and of course the Union of Concerned Scientists augmented the agencies’ research with independent analysis which generally showed that the agencies’ own estimates of technology improvements were consistently conservative. In fact, automakers could exceed standards set out to 2025 through the deployment of improved conventional gasoline-powered vehicles.

Additional independent research showed how fuel economy standards disproportionately benefit lower income individuals, who tend to purchase cars on the secondary market and for whom fuel costs are a much larger share of income, underscoring the critical importance of these standards in protecting these families from fuel price volatility while saving them up to two percent of their annual income since fuel economy standards first went into effect. Consumer groups as well have pointed to the positive impacts these standards have on all Americans, with thousands of dollars in net savings over the lifetimes of these vehicles that begin the moment the typical new car buyer drives off the lot, putting much needed income back in the hands of consumers.

Standing in opposition to this large body of evidence is the voice of industry, claiming absurd assertions about jobs and cherry-picking data because even studies they paid for don’t support their ridiculous claims. A recent automaker-funded study even noted that in spite of their own conservative assumptions, these rules are, in fact, job creators. Of course, this industry fighting progress is nothing new—automakers have tried stunts like this previously. Automakers have claimed amongst other things that reducing tailpipe pollution under the Clean Air Act “could prevent continued production of automobiles” and “do irreparable damage to the American economy;” they have also fought safety features like seat belts and air bags for decades while waging what the Supreme Court called “the regulatory equivalent of war” claiming among other things that such features would lead to decreases in sales.

[Spoiler alert: None of that happened and now you can breathe a lot easier and have a much safer automobile because regulators didn’t kowtow to industry demands].

On top of this, they are also claiming that the EPA “rushed to judgment” in its determination, forgetting apparently the four-plus years of analysis and the numerous detailed, daylong technical meetings held by the EPA both with individual automakers and their trade associations, in addition to pages upon pages of industry-submitted analysis which the EPA carefully considered and to which the agency responded to before finalizing its determination. Contrary to their claims, the automakers aren’t upset about the process—they’re upset about the outcome. And now they’re looking to bend the ear of an administration generally opposed to regulation to, once again, fight regulations that result in tremendous public good.

By Itself This Signature Does Little, but It Portends Bad Intentions

Rescinding the final determination at the request of the auto industry flies in the face of good, technically sound policymaking; however, it is not in and of itself a binding change in policy. At least for now, the 2022-2025 standards limiting global warming emissions from passenger vehicles remain on the books. Unfortunately, this action signals a strong likelihood that this administration will not follow the evidence but will simply cave to industry demands—after all, it took less than a month for Pruitt to overrule a decision, built on four-plus years of data, just because the auto industry asked.

Any change in these regulations will require a formal rule-making process—and we at the Union of Concerned Scientists will fight like hell to make sure any such rule continues to build upon the strong, technical foundation that led to the regulations on the books today.

Dave Cooke is a senior vehicles analyst in the clean vehicles program at Union of Concerned Scientists, specializing in both light- and heavy-duty fuel economy.