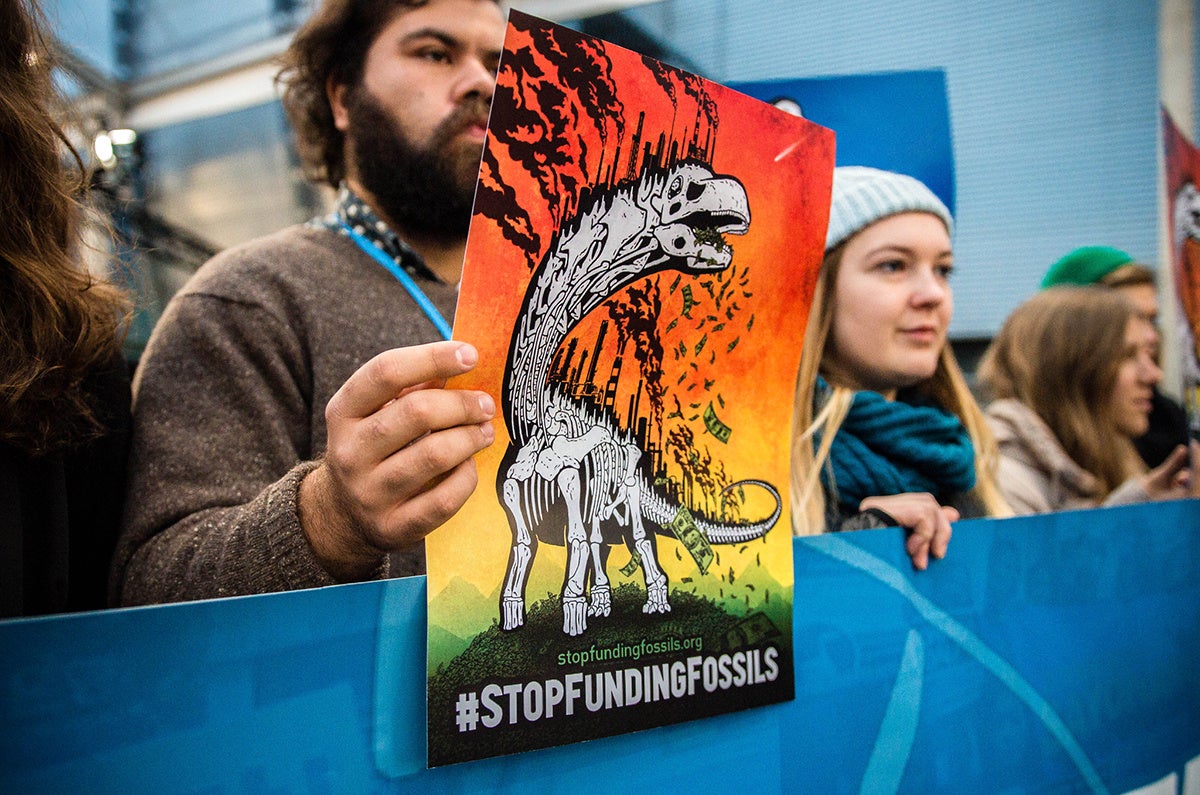 Millions of Americans may be struggling to pay routine household bills, but still U.S. taxpayers are handing out a whopping $20 billion in fossil fuel subsidies a year.

This is the major finding of a new report Dirty Energy Dominance: Dependent on Denial published by Oil Change International Tuesday.

Subsidies are where the government gives financial incentives to artificially lower the cost of production or consumption of fossil fuels to encourage more drilling or oil, gas or coal use.

The report is published on the day that President Donald Trump is due to visit the island of Puerto Rico, which was recently devastated by Hurricane Maria. Millions of people on the island remain without power and basic sanitation.

Many leading climate scientists believe the recent destructive hurricane season is being driven by warmer waters fueled by our warming climate.

So there is something deeply ironic about the Trump administration subsidizing an industry with billions of dollars which is causing climate change which is costing billions to America and Caribbean nations from hurricane-related damage.

But the irony gets worse. There is something morally wrong with a billionaire-led administration handing out money to rich executives, when this money could help America’s poorest and most at need.

The cost of the subsidies to American taxpayers is equivalent to the projected 2018 budget cuts from Trump’s proposals to slash 10 public programs and services, including supports for America’s most vulnerable children and families.

The report lays out a comprehensive analysis of federal and state subsidies supporting the production of oil, gas and coal. It concludes that:

“Every taxpayer dollar wasted subsidizing this industry takes us further from a stable climate and protecting our families from disasters made worse by climate change,” said Janet Redman, U.S. Policy Director of Oil Change International and principal author of the report. “No tax plan that leaves in place a 20 billion-dollar transfer of wealth from American taxpayers to one of the country’s most profitable and polluting industries can be considered credible.”

Redman added: “While the rest of the world moves toward a renewable energy future, dirty energy defenders in the Trump administration are using our taxpayer dollars to promote dangerous new fossil fuel development. Until we separate oil and state, the dirty energy money cycle of fossil fuel contributions going into Congress and oil, gas and coal subsidies coming out will stymie our chances at transitioning the energy sector and staving off worsening climate disasters.”