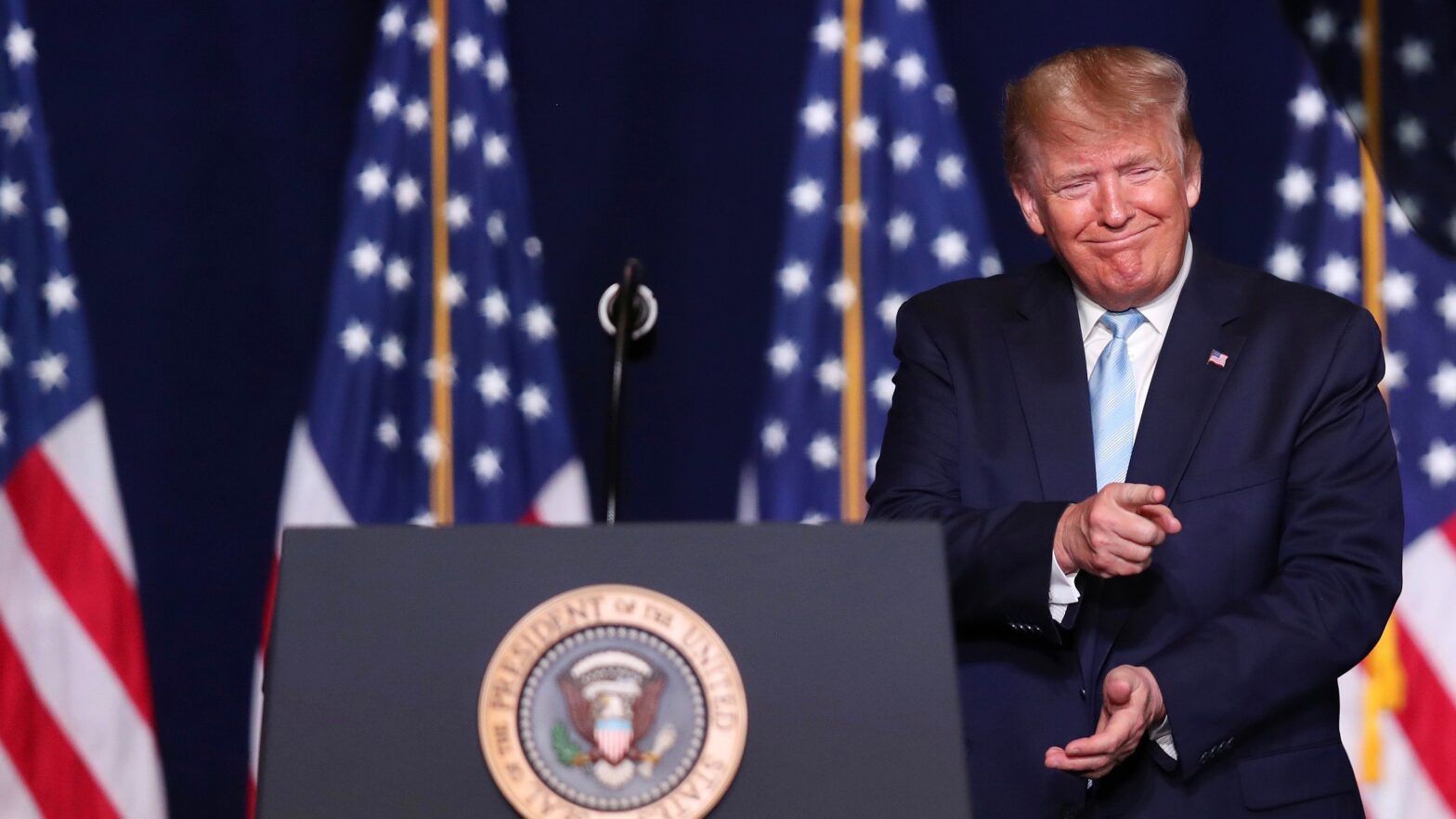 The Trump administration will continue its assault on the environment when it unveils new regulations on Wednesday that will limit the types of projects that require environmental review and it will no longer require federal agencies to consider impacts on the climate crisis in new infrastructure projects, as Reuters reported.

The changes to the 50-year-old National Environmental Policy Act (NEPA) could pave the way for projects like the Keystone XL pipeline and other fossil fuel projects that have been held up by the courts because climate impacts were not considered in an environmental review, as The New York Times reported.

The new rule will also limit the scope of projects that need any environmental review. That means that proposed projects can be easily approved and not have to disclose intentions to discharge waste, increase air pollution or clear-cut trees, as The New York Times reported.

The White House Council on Environmental Quality (CEQ), which oversees how almost 80 percent of government agencies meet their NEPA obligations, will announce that federal agencies will no longer be asked to consider “cumulative” climate change impacts when looking at federal projects, as Reuters reported.

Mary B. Neumayr, the president’s top environmental adviser, who chairs the CEQ said the changes would allow for faster reviews and is fairer to applicants who must wait an average of 4.5 years to get a final decision on their applications, according to Bloomberg Environment.

“It’s a priority for this administration to have a process that’s predictable and transparent and timely, so that we can get to a decision,” Neumayr said to Bloomberg Environment. “It may not always be the decision that the applicant has requested, but it’s important that they get a decision.”

Yet, that efficiency comes at a cost, according to critics.

“If your process is so efficient that you undercut getting the right information,” then “you’ve lost something,” said Brenda Mallory, former CEQ general counsel under the Obama administration, at a Dec. 17, 2019 panel convened by the Environmental Law Institute, as Bloomberg Environment reported.

In a clever sleight of hand, the CEQ’s proposal will not overhaul or replace NEPA. Instead, it will revise the rules that steer how the law is implemented. Once the proposal is released on Wednesday, there will be a 60-day public comment period before the change can go into effect, according to The New York Times.

“This proposal is really about trying to remove that barrier of the courts,” said Christy Goldfuss, former chair of the CEQ between 2015 and 2017. She added that the Trump proposal would cause lasting damage, as Reuters reported.

Goldfuss said that environmental groups have relied on the courts to follow a requirement created under the Obama administration that forces applications to consider climate impacts. That rule has put a stop to a dozen big polluting projects, according to Reuters.

If the rule goes through, it will weaken critical safeguards for air, water and wildlife. It will also take away a powerful tool that environmental activists have employed to slow down or put a stop to coal and oil expansion, as The New York Times reported.

“It has the potential to distort infrastructure planning by making it easier to ignore predictable futures that could severely degrade the projects,” said Michael Gerrard, director of Columbia University’s Sabin Center for Climate Change Law to The New York Times. He added that not only will it lead to more pipelines and an increase in greenhouse gas emissions, it will also lead put new roads and bridges at risk since sea-level rise will not be considered.