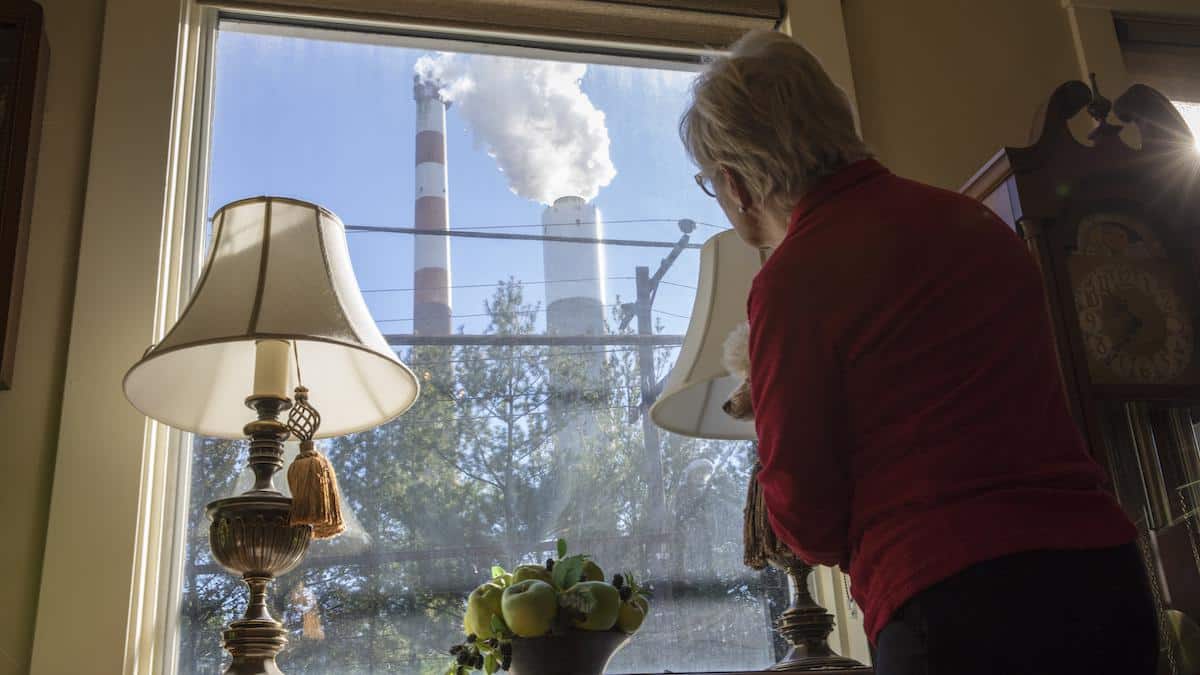 A resident of Springdale, Pennsylvania looks out her front window at the smoke stack of the Cheswick coal-fired power plant on Oct. 27, 2017. Robert Nickelsberg / Getty Images

Ultrafine industrial soot, known as PM2.5, is especially harmful to human health because the particles, 1/30 the width of a human hair, can enter into the lungs and bloodstream. Public health experts and environmental justice advocates slammed the move. Industrial pollution like PM2.5 is heavily concentrated in poor communities and communities of color, and the status quo is “an artificially high standard that is supportive of industry,” Bridgette Murray, who lives in Houston’s Pleasantville neighborhood, near a massive shipping channel, several petrochemical plants, and heavy truck traffic, told The Washington Post.

Prior to the coronavirus pandemic, EPA scientists found strengthening PM2.5 standards could save more than 10,000 American lives per year. “This flies in the face of good science and good public health. It is outrageous,” Dominique Browning, co-founder and the head of Moms Clean Air Force, told the Post. “It just basically sends a message of not caring about people.” The coal industry cheered the move. President-elect Biden could reassess and strengthen the standards after taking office.

The tougher air standards called for by many scientists in and out of the federal government “could have been a huge blow to the coal industry,” Douglas Buffington, West Virginia’s senior deputy attorney general, told reporters.

Wheeler’s decision leaves unchanged limits for what is broadly called “fine particulate matter” – the tiny bits of soot we breathe in unseen from tailpipes, wildfires, factory and power plant smokestacks, and other sources.

EPA scientists have estimated exposure at current limits causes the early deaths of tens of thousands of Americans annually from heart disease and lung cancer, as well as causing other health problems.

“Their callous disregard for the lives of people and imperiled wildlife, just to save the nation’s biggest fossil fuel polluters a few bucks, is sickening,” Robert Ukeiley, a senior attorney at the Center for Biological Diversity advocacy group, said of the EPA’s move.