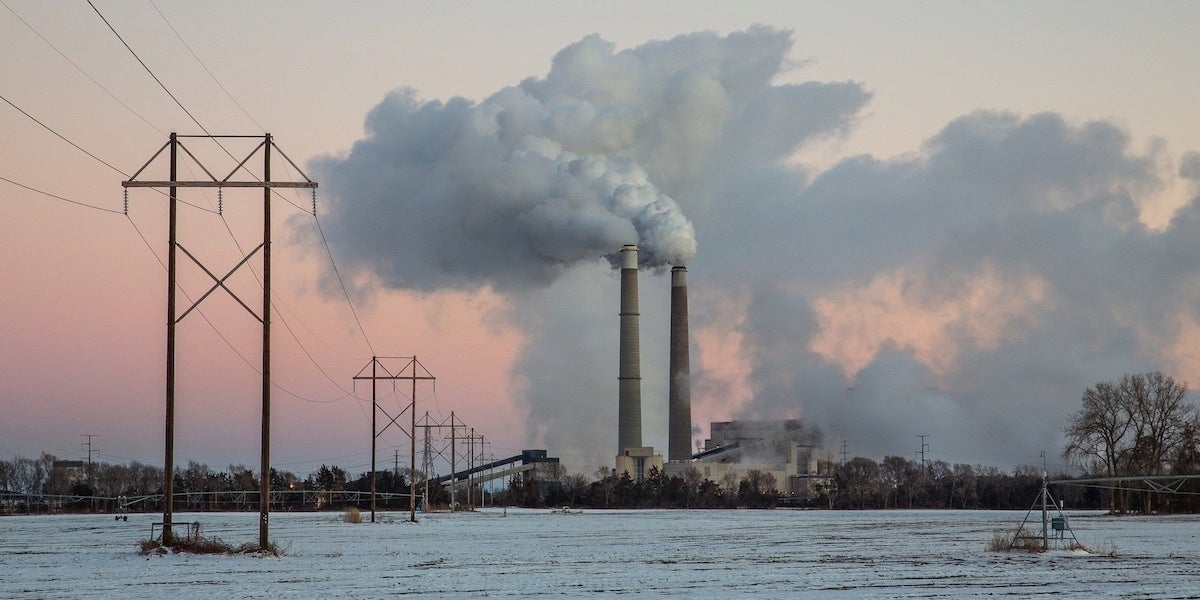 The U.S. Environmental Protection Agency (EPA) unveiled on Tuesday its long-anticipated replacement of the Obama-era Clean Power Plan. The new coal pollution rules will increase planet-warming carbon pollution and could cost more than a thousand American lives each year, according to the EPA’s own estimates.

Wheeler said in a
press release, “Today’s proposal provides the states and regulated community the certainty they need to continue environmental progress while fulfilling President Trump’s goal of energy dominance.”

But in a damning report from The New York Times, the proposal’s own fine print states, “implementing the proposed rule is expected to increase emissions of carbon dioxide and the level of emissions of certain pollutants in the atmosphere that adversely affect human health.”

The proposal even has a section called “foregone” climate and human health benefits, according to the Times, and projects 470 and 1,400 premature deaths annually by 2030 due to increased rates of PM 2.5, which are microscopic toxins from power plants, automobiles and other sources that can cause lung and heart disease.

In contrast, as the Times pointed out, the Clean Power Plan was squarely designed at protecting the climate and human health. In 2015, the Obama EPA
estimated that their plan could avoid between 1,500 to 3,600 premature deaths annually by 2030.

“This proposal would eliminate almost all the life-saving climate and health benefits that the Clean Power Plan provides. The Trump-Wheeler plan will mean millions of tons more air pollution endangering our kids’ health, lives and future,” said
Environmental Defense Fund president Fred Krupp in a statement.

Environmentalists also said the Affordable Clean Energy Rule will not survive in court.

“Trump is doubling down on our dirtiest power sources and it’s going to send polar bears, ice seals and other wildlife over the edge of extinction. But like most of his environmental rollbacks, this proposal mangles the facts, the law and the science, and won’t survive in court,” said Vera Pardee, senior counsel at the
Center for Biological Diversity in a statement.

Similarly, Rhea Suh, president of the
Natural Resources Defense Council, dubbed the proposal as the “Dirty Power Plan” and said the organization will fight the proposal “with every tool available.”

“What America needs instead is an even stronger Clean Power Plan, one that will further accelerate the nation’s shift to clean energy—that’s how to truly protect public health, our children and future generations,” she added.

The new measure, which President Trump will likely tout today at his rally in West Virginia, will be subject to a 60-day comment period.