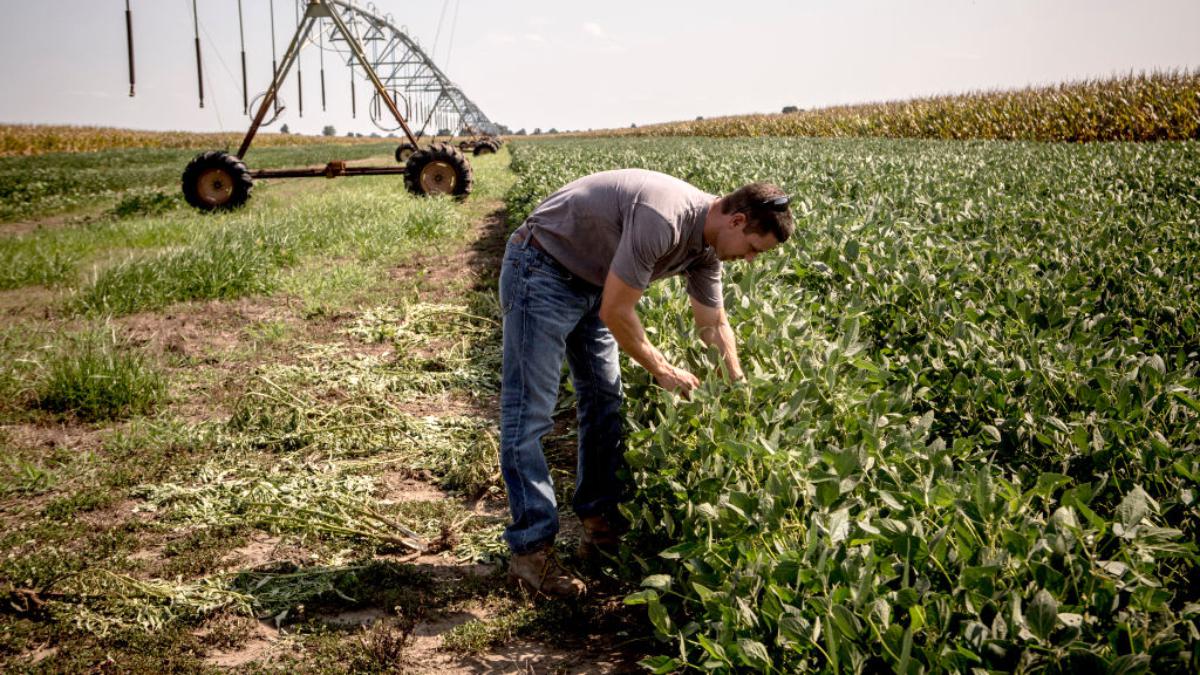 A new report released Monday by a federal oversight agency revealed that before former President Donald Trump’s Environmental Protection Agency reapproved use of dicamba in 2018, high-ranking officials in the administration intentionally excluded scientific evidence of certain hazards related to the herbicide, including the risk of widespread drift damage.

The Office of the Inspector General found that the 2018 decision by the EPA‘s Office of Pesticide Programs to extend registrations for three dicamba products “varied from typical operating procedures.”

Specifically, according to the IG report, “the EPA did not conduct the required internal peer reviews of scientific documents,” which paved the way for “senior-level changes to or omissions” of research detailing the drift risks of the weed-killer.

While “division-level management review” of pesticide safety documents is typical, staff scientists at the EPA told the IG that senior leaders were “more involved in the 2018 dicamba decision than in other pesticide registration decisions.” In addition, “staff felt constrained or muted in sharing their concerns,” the government watchdog’s report noted.

“Now that the EPA’s highly politicized, anti-science approach to fast-tracking use of this harmful pesticide has been fully exposed, the agency should cancel dicamba’s recent approval, not try to defend it in court,” Stephanie Parent, a senior environmental health attorney at the Center for Biological Diversity, said in response to the new report.

“The EPA knows that anything less is likely to result in yet another summer of damaged fields and lost profits for farmers choosing not to use dicamba,” Parent added.

Over the past four years, dicamba products sprayed “over the top” of soybean and cotton crops genetically engineered to resist the herbicide have “caused drift damage to five million acres of soybeans as well as orchards, gardens, trees, and other plants on a scale unprecedented in the history of U.S. agriculture,” according to the Center for Food Safety and the Center for Biological Diversity.

Recent research also indicates that dicamba endangers human health. Last year, a team of epidemiologists found that use of the weed-killer can increase the risk of developing numerous cancers.

The Center for Food Safety and the Center for Biological Diversity filed a lawsuit challenging the 2018 approval of three dicamba products sold by agrochemical giants BASF, Corteva, and Monsanto, which was acquired three years ago by the German pharmaceutical and biotech company Bayer.

In response to the lawsuit, the U.S. Court of Appeals for the 9th Circuit overturned the Trump EPA’s approval of those three products in June 2020 and ruled that the agency had violated the law when it “substantially understated” the “enormous and unprecedented” amount of damage caused by dicamba herbicides in 2017 and 2018 and “entirely failed to recognize the enormous social cost to farming communities.”

And yet, just days before the November presidential election, the Trump EPA rushed to approve new five-year registrations for dicamba products created by Bayer and BASF and extend until 2025 the registration of another dicamba product developed by Syngenta.

As a result, farmers and advocacy groups were once again forced to sue to challenge the approval of the destructive weed-killer. According to the Center for Food Safety and the Center for Biological Diversity, that was the third time the EPA had registered dicamba herbicides, each time with additional restrictions that have failed to curb drift damage.

Referring to the IG evaluation released Monday, George Kimbrell, legal director of the Center for Food Safety, said that “this report admits what we knew already: dicamba’s approval was politically tainted. EPA unlawfully promoted the profits of pesticide companies instead of following the law and sound science, putting chemical companies over protecting farmers and the environment.”

“The disappointing part,” Kimbrell added, “is that EPA nonsensically continues to stand by the plainly political dicamba decision rushed through just days before the 2020 election, just five months after the court’s striking down of the 2018 approval.”