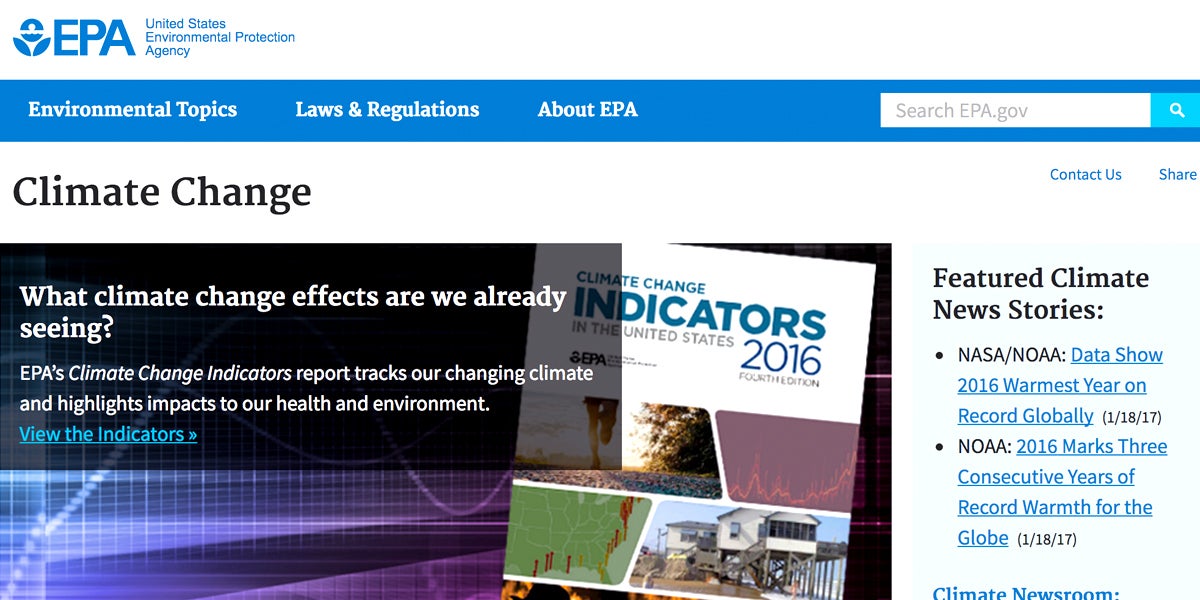 According to an anonymous source in the agency, staffers are rushing to save some of the information, which represents “years of work.”

EPA transition head and climate denier Myron Ebell told Reuters “the links and information” on the page may still be available to the public after the deletion. The webpage could go down as soon as today, so visit it while you still can.

“The Environmental Protection Agency’s public scientific information is vital to the health and safety of our communities, not a political toy for the fossil fuel industry hacks who have invaded the agency to play with,” Sierra Club Executive Director Michael Brune said. “This purge by the Trump Administration leads down an extremely dangerous and dark path, and must stop now.”