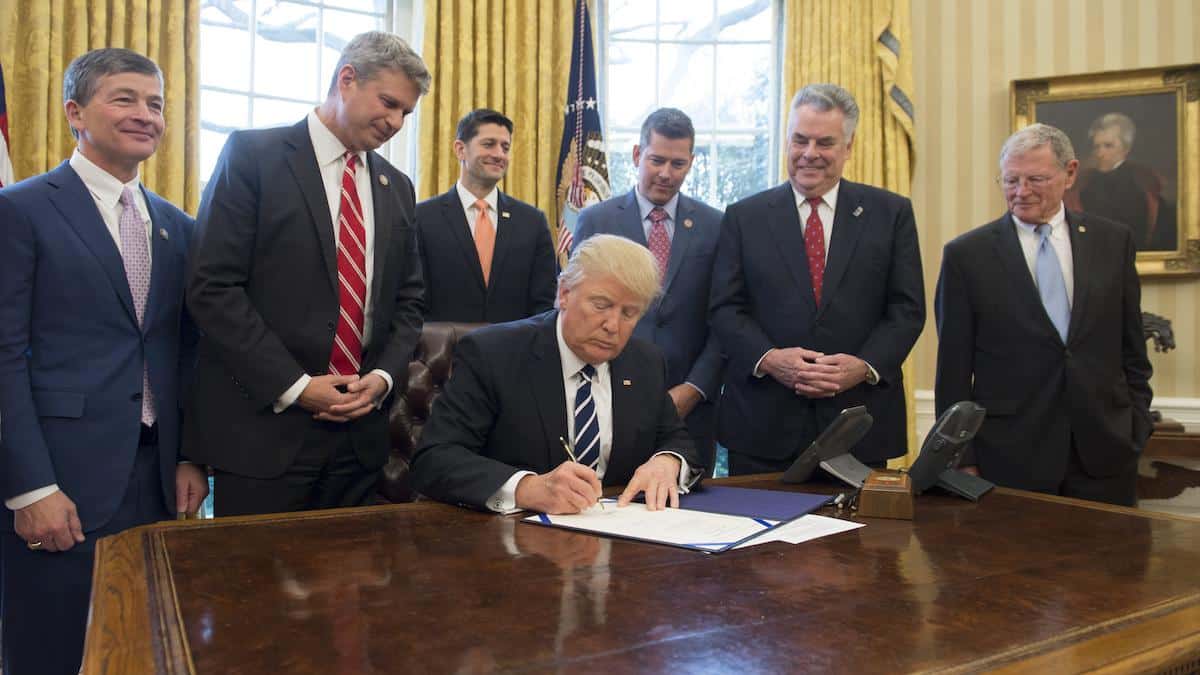 A new report by a commission of health experts found 22,000 deaths in 2019 were caused by Trump‘s failed environmental policies alone.

The report was published this week by The Lancet, an esteemed medical journal whose “wade into the politics behind health policy is highly unusual,” Bloomberg Green reported. But while the journal’s editor Richard Horton has faced controversy before, the study was co-authored by 33 scientists, signaling “a changing time,” Gretchen Goldman, a research director at the Union of Concerned Scientists, told Bloomberg Green.

“If you told me four years ago that scientific journals would be speaking out against Trump, I wouldn’t have believed you,” Goldman told Bloomberg Green. “But since then, there has been quite a shift, reflecting both the severity of what Trump did as well as the changing willingness of the scientific community to engage in policy conversations.”

During his administration, Trump rolled back 84 environmental regulations, the report notes as of July 2020 – rollbacks that ultimately “hastened global warming, and despoiled national monuments and lands sacred to Native people,” the scientists wrote.

Loosened restrictions on fine particulate matter air pollution was probably the main cause of the thousands of deaths, according to the report, harming communities in midwestern and southern states, where coal mining, oil drilling and natural gas extraction are prevalent. Many of these same communities have also overwhelmingly supported Trump.

Trump’s exploitation of these communities gripped white, low-income and middle-income people’s anger over “their deteriorating life prospects,” banking on racism and xenophobia to gather support for his policies, the report said. But the “disturbing truth” is that many of Trump’s policies were not radically new trends in the country’s economic, health and social-political history, the report finds.

The Trump administration’s policies rather accelerated a “decades-long trend of lagging life expectancy,” particularly among Black and Indigenous people, impacted by lax restrictions on air pollution which are linked to health issues like asthma and pneumonia among children, heart disease and lung cancer, the scientists wrote.

In addition to outlining Trump’s environmental policy, the report includes lengthy sections on the COVID-19 pandemic, immigration and racial disparities in health care. “I really think one of the accomplishments of the report is its historical truth-telling,” said Dr. Mary T Bassett, a commission member and director of Harvard University’s FXB Center for Health and Human Rights, according to The Guardian.

The scientists in The Lancet report also recommend various policies the Biden administration could consider. They call for anti-racist frameworks that directly compensate communities who have long been disregarded in the country, and they call for the new administration to introduce measures that address the social and environmental inequalities that “exacerbate” health inequities.

So how quickly can we expect a new tide of equitable environmental policy in a new administration?

Americans should brace themselves because it may take a while, Kevin Minoli, who served as a lawyer at the U.S Environmental Protection Agency in the Clinton, Bush, Obama and Trump administrations, told The New York Times.

“It’s very possible, more possible than not, that some of the Trump rules will still be in effect for a couple of years,” he added.

With an entirely new administration, environmental policies could be designed to protect the communities it has long disadvantaged. Early decisions by the Biden administration to cancel the construction permit for the Keystone XL pipeline and plans to restore protections over national monuments, like Bears Ears and Grand Staircase-Escalante in Utah, are promising steps forward.

But reversing much of what has been done over the past four years is a big job. Going forward, the U.S. must do so with “humility, and ambition,” said John Kerry, the new White House climate envoy, according to The New York Times. “We really don’t have a minute to waste.”