‘No Other President Has Had the Gall’: Environmental Groups Balk as Trump Proposes Major Rollback of Infrastructure Review Process 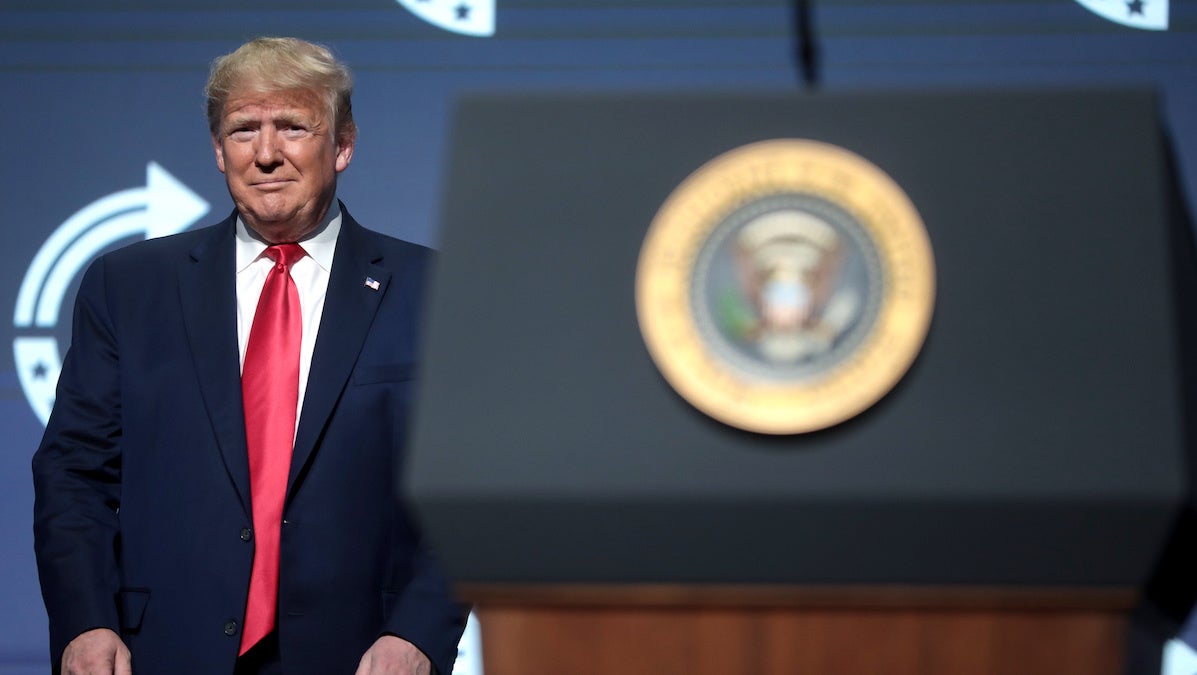 President Donald Trump proposed one of his most aggressive environmental rollbacks yet on Thursday, announcing a change that would exempt federal agencies from considering the climate impacts of pipelines and other infrastructure projects.

The president’s proposal would significantly limit enforcement of the National Environmental Policy Act (NEPA), which mandates that federal agencies consider how proposed construction projects like pipelines, highways and dams would impact land, air, water and wildlife, The Associated Press explained. NEPA also gives the public a say in the review process. The law was signed by Richard Nixon in 1971 following national outrage over the 1969 oil spill off Santa Barbara, California. Along with the Clean Air and Water Acts, it is one of the bedrock environmental laws of the last half century.

“No other president has had the gall to try to back polluters and turn back the clock to pre-Santa Barbara,” Rice University presidential historian Douglas Brinkley told The New York Times. “Nothing compares to what Donald Trump is doing.”

Trump, who announced the proposed changes Thursday at the White House surrounded by men in hard hats and safety vests, argued that the law as currently enforced delays important projects with needless bureaucracy.

“America’s most critical infrastructure projects have been tied up and bogged down by an outrageously slow and burdensome federal approval process,″ he said, according to The Associated Press. “The builders are not happy. Nobody’s happy.″

However, conservation groups warn the changes will benefit fossil fuel companies and other polluting industries at the expense of the environment, the climate and the communities most at risk from the fallout.

“The implications for access to clean air and clean water and for public input, especially among the low-income communities and communities of color most impacted by climate change and toxic pollution, could be dire,” League of Conservation Voters President Gene Karpinski told USA Today.

So what exactly is Trump proposing to change?

The new regulations would set deadlines for how long a review of a project can take: one year for smaller projects and two years for larger ones, The New York Times explained.

White House Council on Environmental Quality Chair Mary Neumayr told NPR that the average environmental impact statement currently takes four and a half years to complete, and the average for highways takes seven years, a delay that “deprives Americans of the benefits of modernized bridges and roads that enable them to get home to their families,” she said. But environmental groups argue that two years is too tight for a thorough review.

The regulations get rid of the requirement that agencies consider the cumulative impact of new projects. This is the requirement courts have pointed to in mandating that agency reviews include an assessment of how a project will contribute to the climate crisis, The New York Times explained. Neumayr said the new rules would not prevent agencies from considering the impacts of greenhouse gas emissions, but they also would not require them to do so. Under the new regulations, NPR explained, agencies would have to consider the impacts of building a pipeline, but not the impacts of the oil or gas it would transport.

“Ignoring the future impact of climate change as part of the nation’s core environmental review law will only increase costs of development and future disaster recovery on taxpayers and communities, while making us all more vulnerable to its already apparent effects,″ the American Planning Association and the Association of State Floodplain Managers said in a statement reported by The Associated Press.

The new regulations would also decrease the number of projects subject to review altogether, NPR reported. “Non-federal” projects receiving limited government money would be exempt, for example. The changes would also let private companies conduct their own reviews.

“This is a clearly a conflict of interest,” Center for American Progress Senior Vice President Christy Goldfuss told NPR. “It’s baffling that the Trump administration thinks handing the keys of environmental review to big polluters is going to pass muster.”

Indeed, legal experts agree it may not. The Trump administration has attempted almost 100 environmental rollbacks since taking office, according to The New York Times. But it has also been sued almost 70 times to stop attempts at deregulation and only won four times.

Legal scholars agree there is a good chance Trump’s changes to how NEPA is applied won’t stand up in court.

“The law require federal agencies to report the environmental impacts of their actions that significantly affect ‘the quality of the human environment,'” Bruce Huber of Notre Dame Law School told NPR. “If the regulations announced today drive agencies to diminish the extent or quality of their reporting, federal courts may very well conclude that their reports do not comply with the law.”

The proposed changes will be published on the federal register Friday and will be followed by a 60-day public comment period, according to The New York Times. There will also be two public hearings before the final changes are enshrined, probably in the fall.