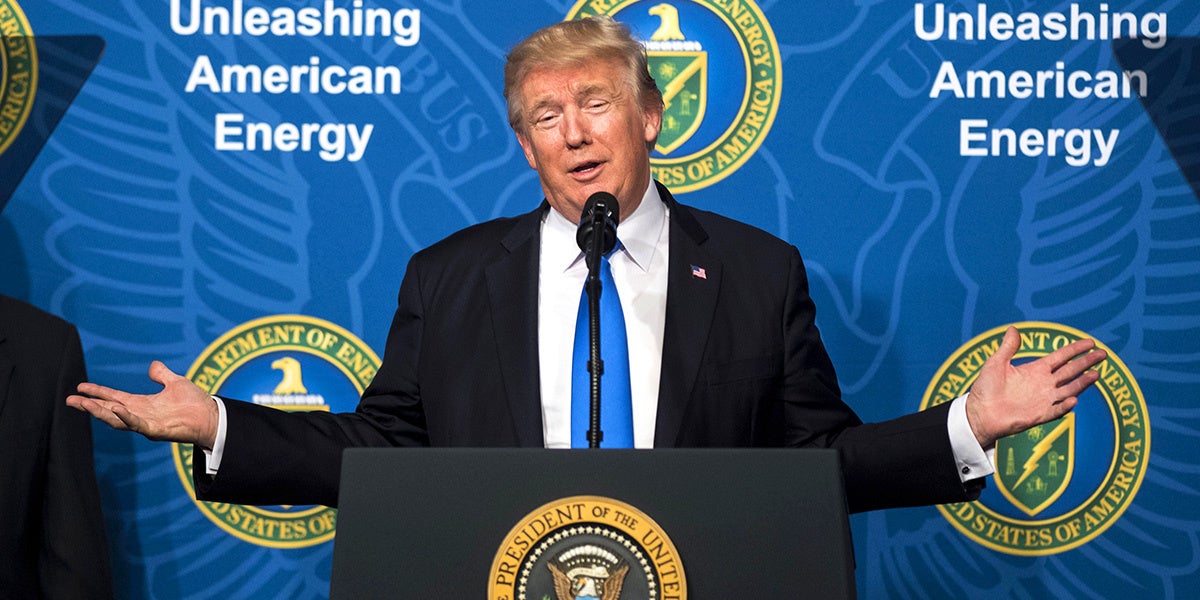 After President Trump’s speech last week promoting a dark and dystopian vision—U.S. fossil “energy dominance“— it is no surprise that his visit to Poland centers on promoting U.S. exports of fracked gas. Beyond such bluster, reality tells a different story.

U.S. exports of liquefied natural gas (LNG) are expensive. For the economics to work, U.S. production costs have to be low while prices in importing countries stay high. In India, a major importer of U.S. LNG is now finding itself at the mercy of contracts that locked in high prices for U.S. LNG, relative to other sources of gas. This is how energy dominance will play out for those at the receiving end.

Consumers in LNG exporting countries are also getting pinched. In Australia, for example, “extreme” levels of LNG exports have caused economic disruptions. While the Industrial Energy Consumers of America’s call for a moratorium on LNG exports is prudent, Trump is not known for his prudence.

The fracking industry dominates the Trump administration, and it wants more pipelines to support more exports. The U.S. government is allowing pipeline companies to forcibly take land away from property owners through eminent domain—not to benefit the general public, but to increase the amounts of U.S. oil and gas brought to the surface and burned, and increase industry profits. In short, we are witnessing the transformation of the U.S. into a petrostate. Former ExxonMobil CEO Rex Tillerson is running the State Department, and oil and gas cheerleaders Rick Perry and Scott Pruitt are at the Department of Energy and the U.S. Environmental Protection Agency.

Most people accept the science of climate change and see through the dangerous, short-sighted and corrupt vision Trump and his cadre have for the world. People are beginning to see—in Europe and elsewhere—that economic security hinges on stopping climate pollution, and requires moving off fossil fuels. We can redefine and meet our energy needs using clean, renewable sources of power by organizing local campaigns and holding political leaders accountable. Together we can build a positive energy future by moving off fossil fuels.