Trump Seeks to Frack the 2020 Election 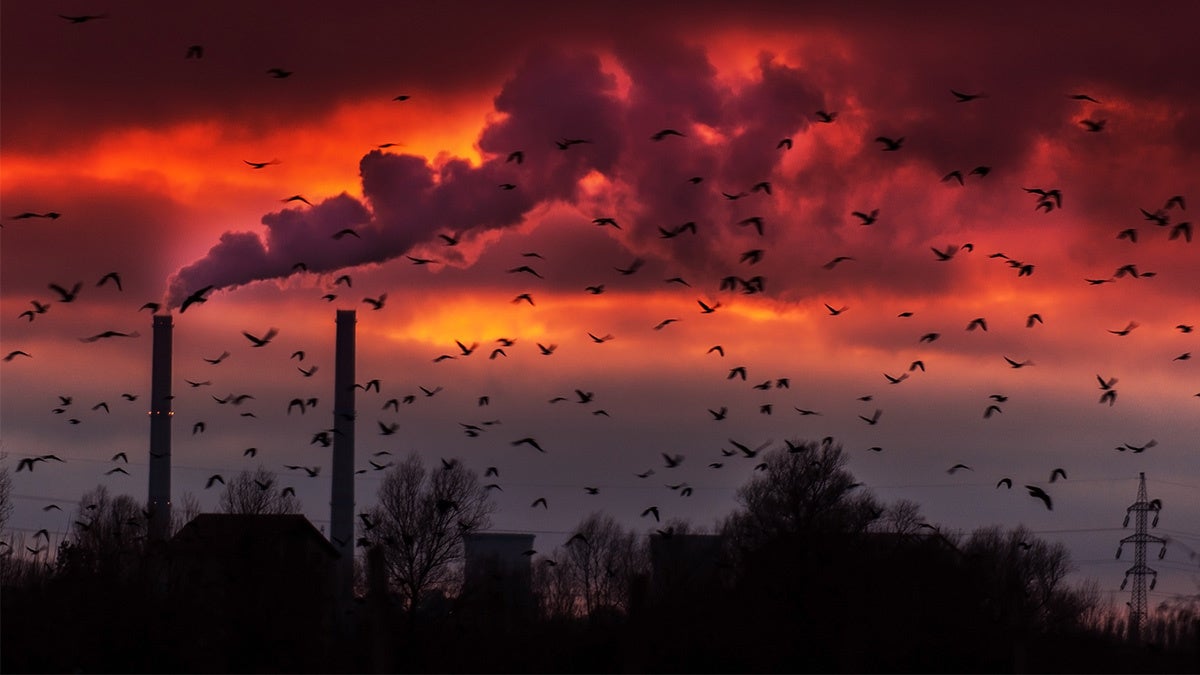 The message of the global movement to ban fracking and get off fossil fuels envisions a different future, one that starts with cutting off pollution at the source. cta88 / iStock / Getty Images Plus

Donald Trump‘s scheduled visit to a fracking industry gathering in Pittsburgh this week is a hugely symbolic moment for the 2020 election campaign, as well as the urgent battle to contain climate catastrophe.

Trump will give the keynote address at the Shale Insight conference, a regular get-together for gas industry heavyweights. If he manages to stay on message — no small feat — he will tout his support for fracking and fossil fuel projects in Pennsylvania and Ohio, two states that are absolutely critical to his re-election. Promoting dirty energy, so the conventional wisdom goes, delivers votes. But there’s no reason to believe this is true.

Trump’s trip to Pittsburgh underscores his administration’s vision for long-term fossil fuel dependence, along with increased pollution and plastics production. The gas industry has the exact same agenda, and it desperately needs a Trump re-election to maintain profitability. Several leading candidates pursuing the Democratic nomination, including Bernie Sanders and Elizabeth Warren, offer a distinctly different vision: A rapid shift away from fossil fuels and towards a strong Green New Deal that would ban fracking.

Fossil fuel corporations have an alarming plan for the future of Pennsylvania, the Appalachian region and the rest of America: A massive buildout of pipelines, power plants and petrochemical ‘cracker’ plants that turn fracked gas into plastic. Our recent report, “The Fracking Endgame,” finds there are more than 700 of these projects planned or underway. This all adds up to increased greenhouse gas emissions, worsening air quality in vulnerable communities and generating more of the single use plastics choking our oceans and waterways.

The message of the global movement to ban fracking and get off fossil fuels envisions a different future, one that starts with cutting off pollution at the source. You cannot do that with cap and trade plans or voluntary agreements with polluters; we must stop the drilling, and building the pipelines and power plants that last for decades.

Republicans and shadowy fossil fuel-funded front groups are eager to hammer the message that taking action to save our climate will cost jobs — and, more importantly to them, will hopefully cost Democrats votes on Election Day. Unfortunately, this trope is embraced by some Democrats too, who seem to think that swing state voters care more about the profits of the fracking industry than the health of their communities or the future of the planet.

In reality, Democratic voters overwhelmingly back the calls to ban fracking: a new AP/NORC poll found that just 9 percent of Democrats support policies that would encourage more fracking; independent voters are close behind. Under any conventional theory of politics, candidates would be wise to listen. And what about a heavily fracked state like Pennsylvania? 55 percent of respondents in one poll said the negative environmental impacts of gas drilling were not worth the supposed economic benefits. This is a stunning turnaround from the results the same poll recorded just a few years ago. Pennsylvanians have seen for themselves that fracking has delivered water contamination, air pollution and an array of public health problems.

So, while Trump takes the stage in Pittsburgh to tout fracking and taunt those of us fighting for a livable future, Americans should see it for what it is: A preview of one part of the White House’s desperate re-election scheme. While Donald Trump will run as the champion of a disastrous addiction to fossil fuels and fracking, Democrats should proudly champion a different vision: Cutting off fossil fuels, a fair and just transition for workers, meaningful collaboration with affected communities, and massive investments in renewables. We can deliver desperately-needed jobs in Appalachia building our clean energy future, instead of relying on petrochemicals and dirty energy infrastructure that jeopardize local health and safety.

Presidential candidates who call for an end to fracking are not pursuing a dangerous policy that will cost them votes. They are doing precisely what is necessary for this moment. They should welcome the contrast with Trump’s energy agenda.