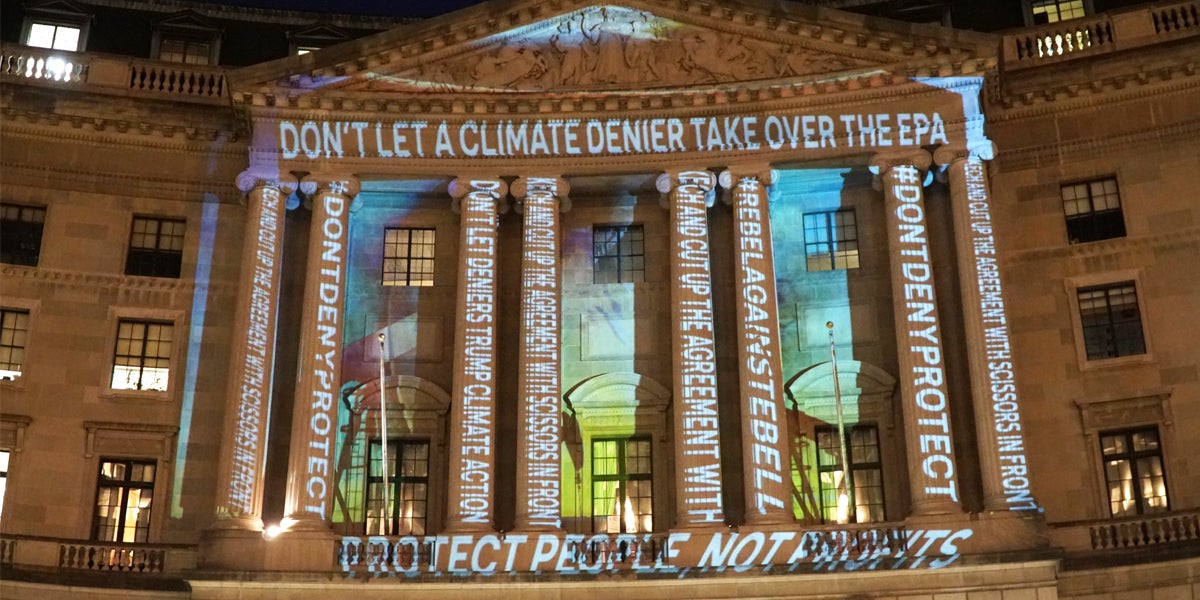 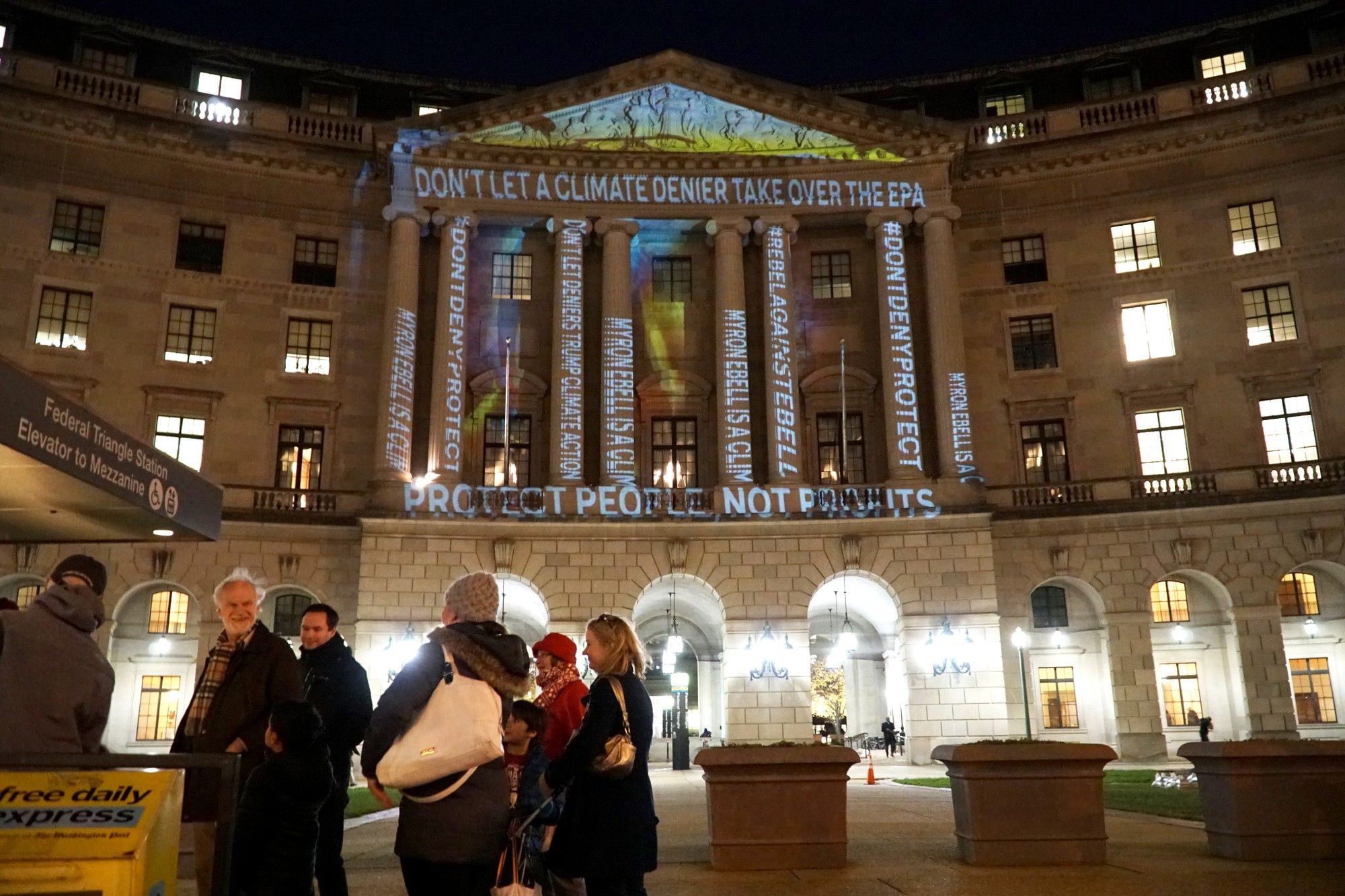 Using a high powered projector, activists with 350.org, ClimateTruth.org and the Sierra Club projected an image of the Earth and oil rigs, along with messages like, “Don’t Let A Climate Denier Take Over the EPA” onto the front of the building. The images could be seen clearly across the street from another building: the Trump Hotel.

“Every science teacher in America should be appalled that Donald Trump would consider appointing a climate change denier to head the EPA,” Jamie Henn, communications director for 350.org, said. “Part of the job description to run that agency should be that you actually care about the environment. MEbell has shown exactly the opposite, taking over $2 million from ExxonMobil to gut environmental regulations and promote climate denial. We’re doing everything we can to stop this appointment.”

Trump has already appointed Ebell as head of the EPA Transition Committee and is rumored to be considering him for the top job at the agency. Ebell has no scientific experience and denies the threat of human caused climate change. His think-tank, the Competitive Enterprise Institute, has taken millions more from fossil fuel companies like the Koch Brothers and ExxonMobil to undermine environmental regulations. Ebell has also enthusiastically opposed the Clean Power Plan and reveled in his status as “climate criminal.”

“Myron Ebell is a professional merchant of doubt who is committed to undermining the consensus behind climate change,” Michael Brune, executive director of the Sierra Club, said. “It’s no wonder why: He has spent his career doing the bidding of the big polluters who pay him to deny climate change and attack clean air protections. Anyone who denies climate science does not have the American people’s best interests at heart and is not fit to oversee the leadership of the EPA, an agency that is charged with keeping all Americans healthy and safe.”

Environmental groups have collected tens of thousands of signatures opposing Ebell and are looking to add momentum to a growing backlash against his appointment. A petition on the White House’s “We the People” website garnered nearly 100,000 signatures before being taken down because the current administration had no say in the matter. Protests have also been spreading offline: Last Friday, hundreds of students at Georgetown and Harvard demonstrated against Ebell, organizing online with the hashtag #RebelAgainstEbell. Environmental groups have also joined other social justice organizations in opposing the appointment of white supremacists and racists such as Steve Bannon and Sen. Jeff Sessions.

“Like Steve Bannon and most others floated for Trump administration roles, Myron Ebell is a climate change denier whose ignorance and corruption makes him unqualified for the job,” Emily Southard, campaign director at ClimateTruth.org, said. “If you aren’t prepared to protect all Americans from the threat of climate change, you aren’t qualified to lead the EPA.”

While the odds are low considering Trump’s own belief that climate change is “bullsh*t” or “a hoax created by the Chinese,” the need for an EPA administrator who supports action to address the climate crisis couldn’t be more urgent. Scientists recently confirmed that 2016 is the warmest year on record and Arctic sea ice is at an alarming all time low. Meanwhile, the impacts of climate change across the U.S., especially on low-income and communities of color, are becoming more clear with each passing month.