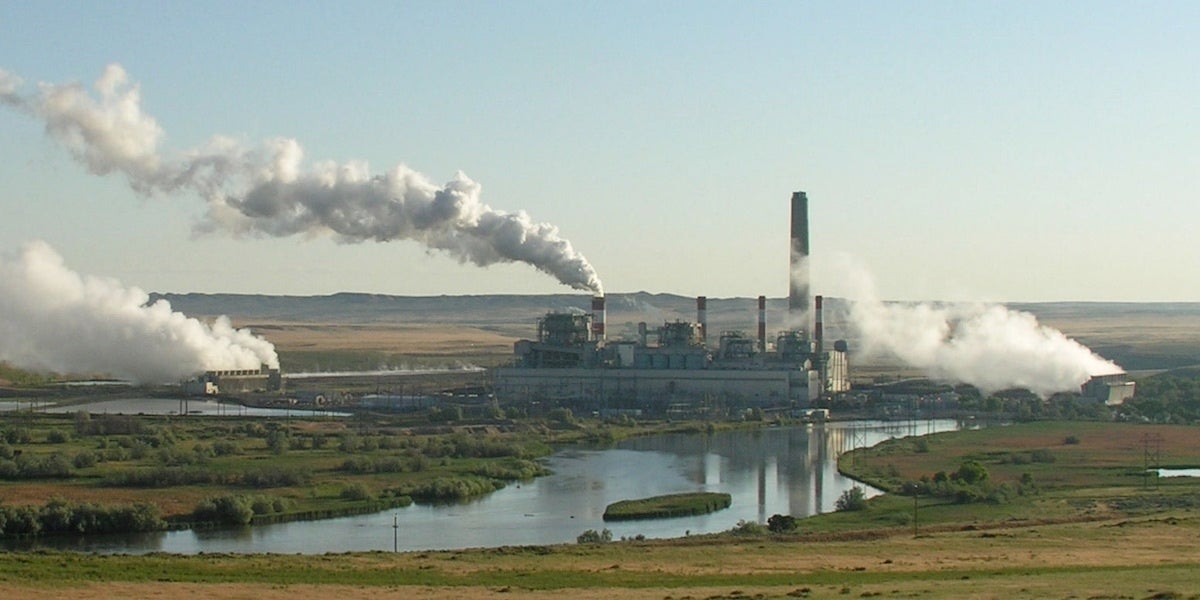 The
Trump administration is proposing to significantly weaken a rule that limits the amount of mercury and other toxic emissions from coal plants, the New York Times reported on Sunday.

Andrew Wheeler, a former coal lobbyist and acting administrator of the U.S. Environmental Protection Agency (EPA), has drafted a plan that would undermine the 2011 Mercury and Air Toxics Standards (MATS) and has sent the proposal to the White House Office of Management and Budget, according to the Washington Post.

Burning coal releases harmful byproducts such as mercury, which can pollute the environment and harm the nervous systems of children and fetuses.

Is this really the way @realDonaldTrump's administration intends to celebrate #NationalChildHealthDay?

Scrapping the rule that keeps mercury – a known neurotoxin – from polluting our environment and permanently affecting our young, developing children is a new low https://t.co/CWp1VWyat1

The Obama-era standard found between $4 million to $6 million in health benefits from mercury reduction alone, but also justified the regulation for its “co-benefits” of reducing pollution of soot and nitrogen oxide from power plants. In all, the rule’s total value was estimated to save between $37 billion to $90 billion each year due to air quality improvements, as well as preventing up to 11,000 premature deaths, 4,700 heart attacks and 130,000 asthma attacks every year, the previous administration said then.

The regulation has had a
contentious and litigious history, but in 2015 the Supreme Court upheld the rule and the utility industry has complied with the standards ever since. However, installing mercury pollution scrubbers has cost the sector $9.6 billion a year, “making it the most expensive clean air regulation ever put forth by the federal government,” the New York Times wrote.

Wheeler’s proposal, according to the
Times, does not eliminate MATS but would direct the EPA to exclude the “co-benefits” when considering the economic impact of a regulation.

EPA spokesman John Konkus explained to the Post that “the MATS Rule was an egregious example of the Obama administration’s indifference toward required cost benefit analysis.”

But John Walke, Clean Air director at the
Natural Resources Defense Council called the move a “sweeping attack on considering the benefits of cutting hazardous pollution from coal plants.”

“It’s the first legal step toward eliminating mercury, lead and other dangerous pollution standards entirely,” he said in a statement received by EcoWatch. “And what the Trump EPA is pursuing—the fraudulent denial of real-world benefits from clean air and climate safeguards—is the unholy grail of the polluting industry and its lobbyists for decades.”

“If finalized, this shameful plan would undermine standards that have already been widely implemented, exposing our kids to more toxic mercury and arsenic just so Andrew Wheeler and Bill Wehrum can appease a handful of their former clients in the coal industry,” Mary Anne Hitt, senior director of Sierra Club’s Beyond Coal campaign, said in a
press release. “This disgraceful move by Wheeler and Wehrum directly endangers the health of our kids and we will do everything we can to stop it.”