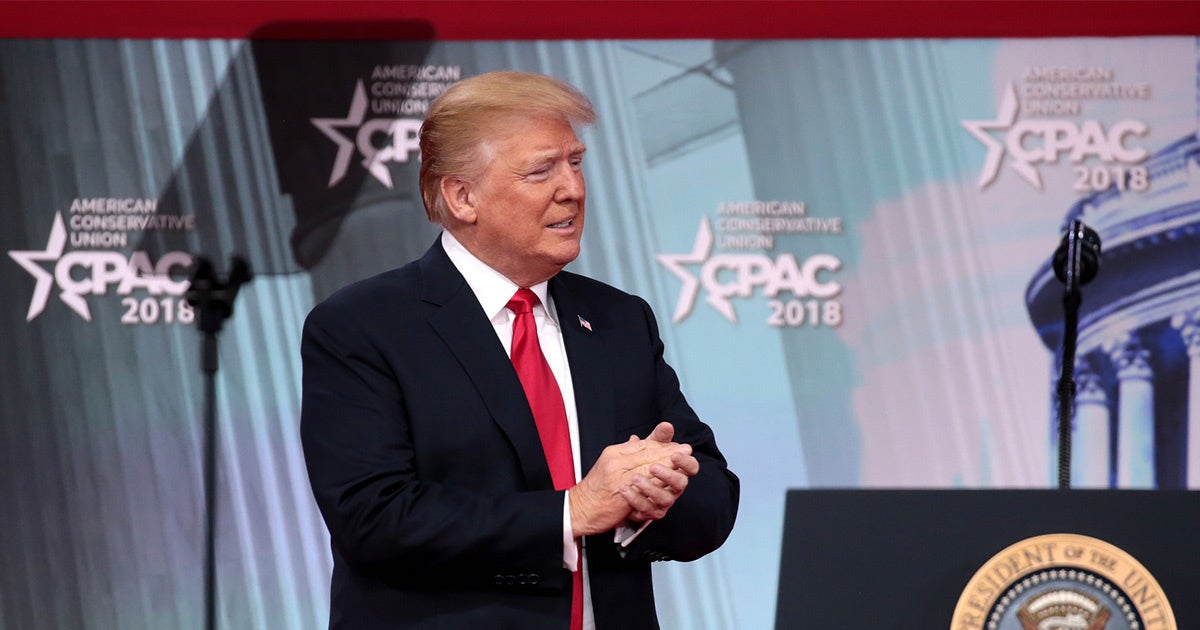 President Donald Trump once again cast doubt on human contribution to climate change and accused climate scientists of having a “political agenda” during his interview with CBS’ 60 Minutes on Sunday.

“Do you still think that climate change is a hoax?” correspondent Lesley Stahl asked the president point-blank.

The president’s remarks come as Florida grapples with recovery after
Hurricane Michael, which was fueled by unusually warm waters in the Gulf of Mexico, and a week after the United Nations’ scientific panel issued a dire climate report urging a drastic reduction in carbon emissions and phasing out fossil fuels to limit catastrophic global warming.

“I wish you could go to Greenland, watch these huge chunks of ice just falling into the ocean, raising the sea levels,” Stahl commented.

“And you don’t know whether or not that would have happened with or without man. You don’t know,” Trump said.

Trump infamously intends to withdraw the U.S. from the
Paris agreement, a landmark global accord to reduce greenhouse gas emissions. He says that the Paris deal could harm the American economy and kill jobs.

In an environmental impact statement released last month, the Trump administration acknowledged the existence of climate change and sees a 7-degree rise in global temperature by 2100,
The Washington Post reported. However, it used that acknowledgement to draw a surprising conclusion. Basically, as one climate scientist explained, “they’re not going to do anything about it.”

Stahl pointed out to the president that
his own scientists at NOAA and NASA have reported otherwise, but Trump shot back that other scientists disagree.

“I’m not denying climate change,” he said. “But it could very well go back. You know, we’re talkin’ about over a millions of years. They say that we had hurricanes that were far worse than what we just had with Michael.”

“But what about the scientists who say it’s worse than ever?” Stahl challenged.

Although manmade climate change is supported by an overwhelming level of scientific consensus, Trump questioned their political motives.

Trump’s comments are similar to ones made by Sen. Marco Rubio (R-Fla.) on Sunday during an interview with CNN (via
HuffPost) after a record-breaking Category 4 storm devastated the Florida Panhandle on Wednesday.

When host Jake Tapper asked Rubio if he believed that climate change was partly caused by man, Rubio responded, “Look, scientists are saying that humanity and its behavior is contributing toward that. I can’t tell you what percentage of that is human activity. And I think many scientists would debate the percentage of what is attributable to man versus normal fluctuations.”

Although Rubio acknowledged that sea levels are rising and ocean warming is measurable, he resisted taking large-scale climate action.

“We’re going to have to do something about the impact that it’s having on low-level coastal areas, and that means mitigation—hardening, lifting, how we manage water. We’re all over that,” Rubio said.

“But I’m also not going to destroy our economy,” added. “There’s a reality here. There’s a balance on that end of it that we need to be focused on.”

Very telling. The one thing that is insured to destroy our economy is unmitigated climate change. Rubio has got to go… https://t.co/Hc9xUrOVMc