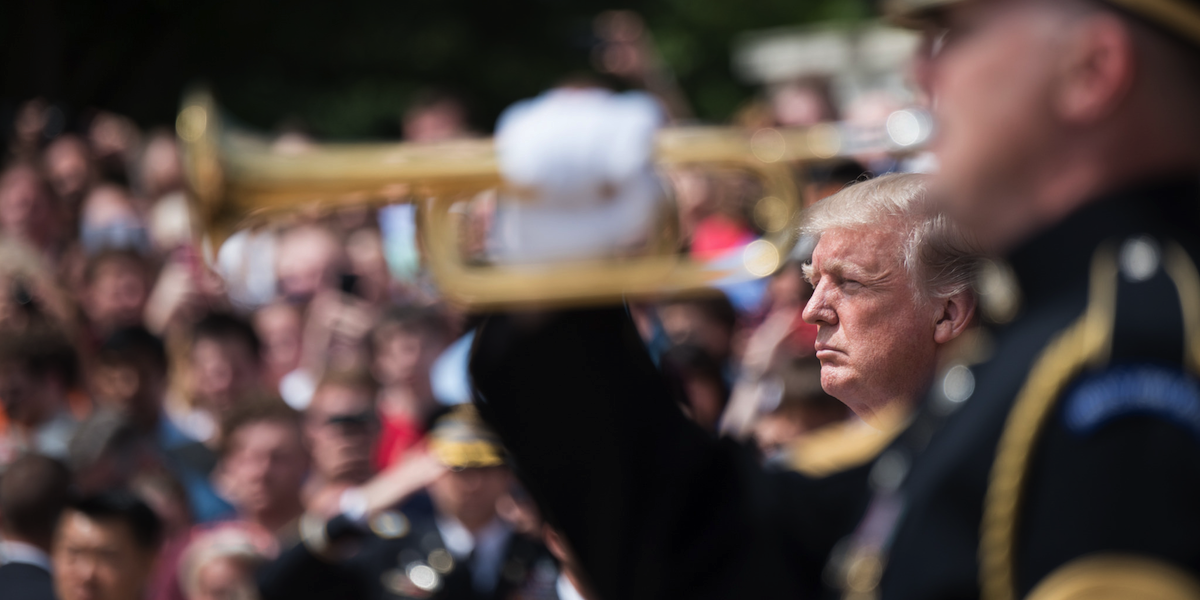 “Climate change is not identified as a national security threat but climate and the importance of the environment and environmental stewardship are discussed,” a senior administration official explained to the
Guardian.

The move reflects the Trump administration’s stance—
and downright indifference—towards global warming. In June, the president announced his intention to withdraw the U.S. from the landmark Paris climate agreement.

Another official explained to the Guardian that Trump’s remarks about exiting the Paris agreement “would be the guidepost for the language in the [national security strategy] on climate.”

Trump had said that June: “I was elected to represent the citizens of Pittsburgh, not Paris” and claimed the Paris accord “hamstrings the United States while empowering some of the world’s top polluting countries.”

According to the
Federalist, which first obtained a draft document of the national security strategy, the Trump administration would actively oppose efforts to reduce the burning of fossil fuels for energy.

“U.S. leadership is indispensable to countering an anti-growth, energy agenda that is detrimental to U.S. economic and energy security interests,” the document stated, per the Federalist.

“Given future global energy demand, much of the developing world will require fossil fuels, as well as other forms of energy, to power their economies and lift their people out of poverty.”

In 2015, former President Obama
said in a speech to the Coast Guard’s then-graduating class that “climate change constitutes a serious threat to global security, an immediate risk to our national security.”

“And make no mistake, it will impact how our military defends our country,” he said.

Climate change, Obama continued, “will shape how every one of our services plan, operate, train, equip and protect their infrastructure, their capabilities, today and for the long term.”

The new Trump doctrine is seemingly at odds with Secretary of Defense Jim Mattis’ views on the issue of climate change.

“Climate change is impacting stability in areas of the world where our troops are operating today,”
Mattis wrote in March. “It is appropriate for the Combatant Commands to incorporate drivers of instability that impact the security environment in their areas into their planning.”

Incidentally,
just last week, Trump signed the National Defense Authorization Act into law that would require the Pentagon to do a report on how military installations and overseas staff may be vulnerable to climate change over the next 20 years.

The following language was included in the act:

Climate change is a direct threat to the national security of the United States and is impacting stability in areas of the world both where the United States Armed Forces are operating today, and where strategic implications for future conflict exist.