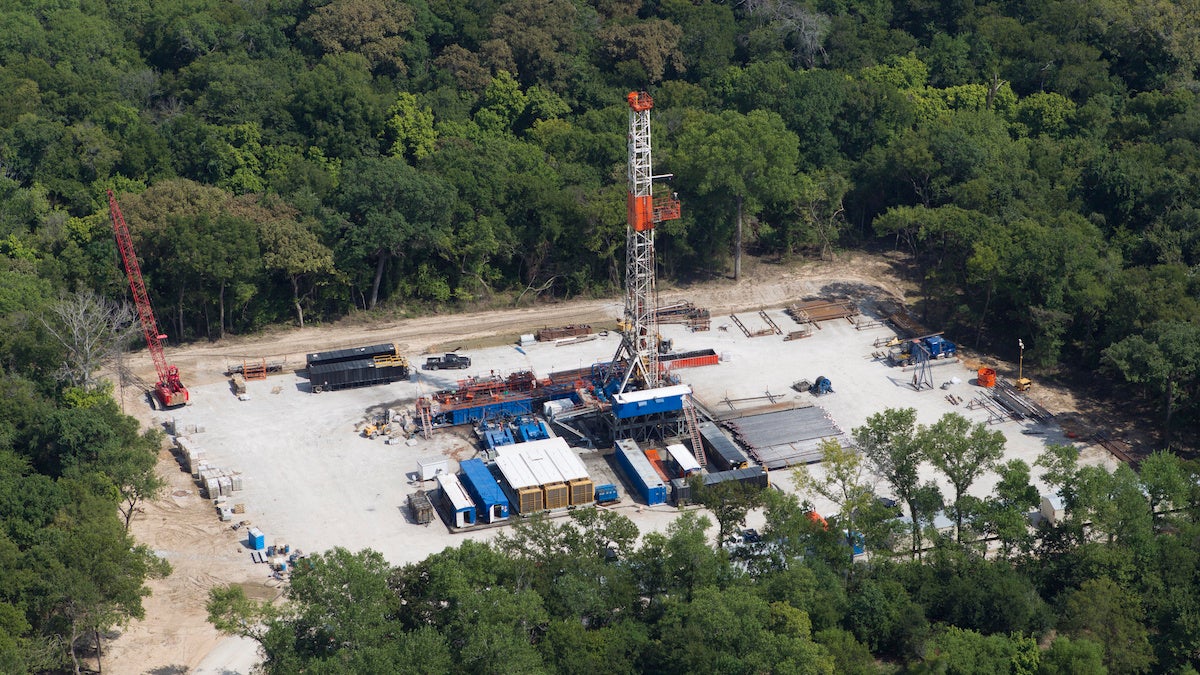 An environmental group has uncovered another case of “climate censorship” ordered by the Trump administration.

Administration officials had references to the climate crisis removed from a Forest Service notice of intent (NOI) to prepare an environmental impact statement on opening national forests and grasslands in Texas to oil and gas leasing.

“The Deputy who is reviewing the NOI requested every reference to ‘climate’ and ‘greenhouse gasses’ be removed. We did,” Robert Potts, the Forest Service’s natural resources and planning team leader in Lufkin, Texas, wrote in a July 25 email obtained by environmental group the Center for Biological Diversity (CBD).

CBD obtained the email through a Freedom of Information Act request after it noticed something strange about two different versions of the NOI posted in the Federal Register, E&E News reported Wednesday. The first, posted Aug. 26, mentioned climate change and greenhouse gases. The second, which replaced it the next day, did not.

“This is another example of climate censorship that we’ve been seeing as a pattern under the Trump administration,” CBD senior public lands campaigner Taylor McKinnon told the Houston Chronicle.

The first version of the NOI mentioned climate in relation to the 1996 environmental impact statement. It noted that the earlier statement did not analyze “current issues” like climate or greenhouse gases, and that a new statement would need to include them.

One Forest Service employee was apparently caught off guard by the requests, according to the email obtained by CBD.

In the email, Potts mentioned getting a call from Cynthia West, the director of the Forest Service’s Office of Sustainability and Climate Change.

“She seemed surprised (and not surprised) about the request to remove references to climate and greenhouse gasses,” Potts wrote. “All of her interactions with the Department have been very supportive of the work in her office (in spite of what the main stream media reports about the ‘Administration.’)”

In a statement provided to E&E News and the Houston Chronicle, the Forest Service denied that there was any policy implication behind the changes.

“The request was editorial in nature and does not reflect any policy on use of terminology or any policy regarding emissions associated with oil and gas development or climate,” the service said.

However, McKinnon expressed concern about what the changes would mean for the quality of the eventual environmental impact statement (EIS).

“The bigger concern here is the issue of meddling and censorship,” McKinnon told E&E News. “If it happens at this stage, it could certainly happen later in the EIS process. So we are concerned about the future of this EIS.”

The Trump administration has deleted references to climate change from government documents or websites at least 184 times, the Houston Chronicle reported based on the work of the “Silencing Science Tracker” run by the Sabin Center for Climate Change Law at Columbia University. Both the Forest Service and the U.S. Department of Agriculture, which houses it, have maintained references to climate change on their websites, E&E News reported.