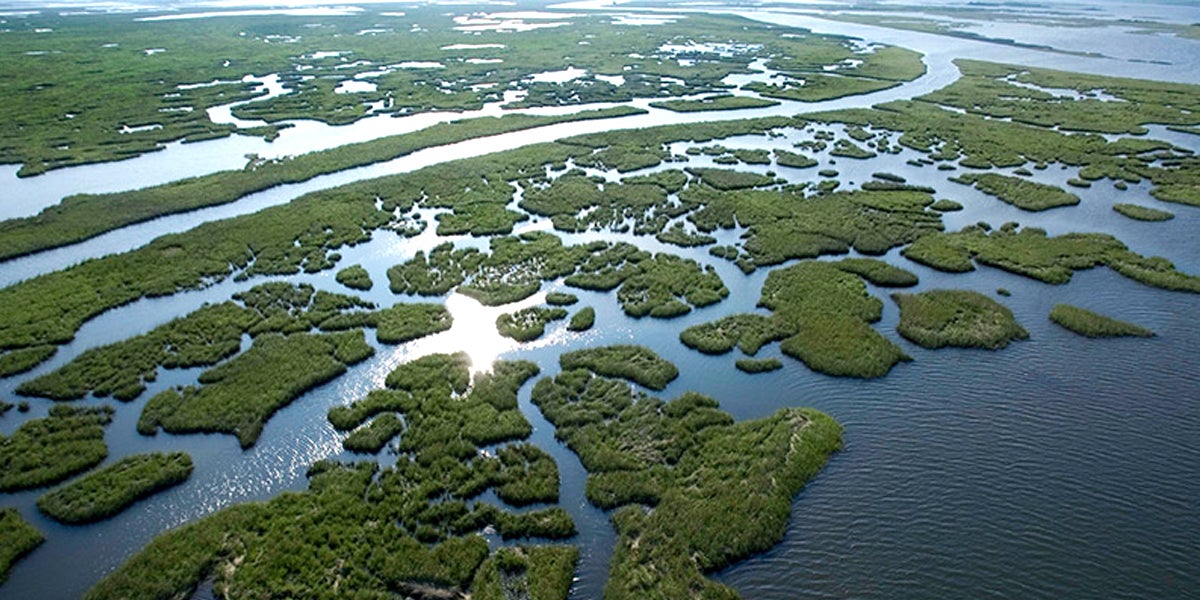 Throwing the weight of his office behind the nation’s biggest polluters, President Donald Trump on Tuesday signed an executive order directing his administration to dismantle the Obama-era Clean Water Rule.

Surrounded by other foes of environmental regulation, including the newly confirmed U.S. Environmental Protection Agency (EPA) head Scott Pruitt, the president declared the 2015 law, also known as Waters of the United States, “a horrible, horrible rule. Has sort of a nice name, but everything else is bad.”

Passed under former President Barack Obama, the Clean Water Rule extends Clean Water Act protections to streams and wetlands. As The Hill observed Tuesday, Trump’s move is seen as “an opening shot by Trump against the EPA, which was a frequent target of criticism from Republicans for alleged overreach under Obama’s tenure.”

Though implementation of the rule has been on hold due to ongoing litigation, the move drew outrage from environmental groups, who see it as a necessary provision for the protection of clean water.

The White House has not yet released the full text of the order but it reportedly directs the EPA and the Army Corps of Engineers to formally consider rolling back the rule, which Pruitt is sure to oblige given that while serving as Oklahoma attorney general he sued the agency he now heads against implementation of the Clean Water Rule.

“Water is life and Trump’s dirty water order puts our environment and millions of American lives at risk so that polluters can profit from the destruction of our waterways,” said Marissa Knodel, oceans campaigner with the group Friends of the Earth.

“The Clean Water Rule is grounded in science and the law so that our streams and wetlands can keep us healthy and safe, provide habitat for fish and wildlife and beautiful places to recreate,” Knodel added. “In contrast, Trump’s dirty water order is dangerous and illegal, based on corporate greed and unlawful environmental pollution.”

Decrying the order as “reckless” and “a giveaway to polluters,” Trip Van Noppen, president of the environmental legal organization Earthjustice, said that Trump is “putting the drinking water of 117 million people at risk, demonstrating that he puts the interests of corporate polluters above the public’s health.”

Similarly, Kierán Suckling, executive director of the Center for Biological Diversity, called the order “a gift to Trump’s friends who will pollute and destroy some of the last remaining wetlands in the country. It’s deeply troubling—but not surprising—to see Trump move so quickly to gut wetlands protections.”

Connecting the president’s myriad business interests with his desire to rollback environmental regulations, Robert Weissman, president of the consumer advocacy organization Public Citizen, said it is predictable for the nation’s “golfer-in-chief…—who happens to own or brand golf courses in Florida (two), New York (three), New Jersey (two), Virginia (outside Washington, DC), California, North Carolina and Pennsylvania—to aid his industry and himself by moving to repeal the Clean Water Rule.”

On the flip side, a number of groups pointed out that dismantling the rule will not be a quick or easy process.

“The Obama administration held more than 400 stakeholder meetings and reviewed over 1,200 scientific studies to develop the 408-page technical report that accompanied the rule,” Friend of the Earth noted “and the Trump administration will have to justify any changes with science and the law.”

Additionally, Van Noppen vowed that Earthjustice “will use the full strength of our nation’s bedrock environmental laws … to ensure this administration does not dismantle the basic mission of the EPA—the protection of our health and the environment.”