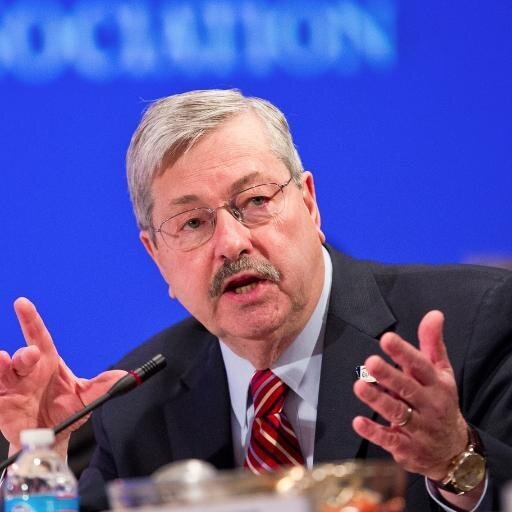 Iowa Gov. Terry Branstad has been nominated to serve as U .S. Ambassador to China in Donald Trump‘s Administration, a pick that has some of Big Ag’s biggest players celebrating. 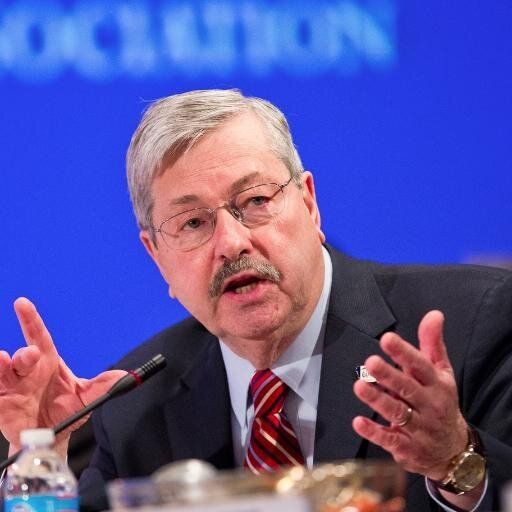 Branstad is the longest-serving governor in U.S. history with 22 non-consecutive years and going under his belt. During his tenure, he has built significant relationships with Iowa’s agribusinesses and has helped spur trade of the state’s beef, pork and soy products to Asian consumers, and once struck a $4.3 billion deal with Chinese officials for Iowa’s exports.

This past October, China signed a $2.1 billion deal for Iowa soybeans to feed Chinese livestock. In November, less than a week after Trump’s presidential win, Branstad traveled to China to promote Iowa beef and pork. It was his seventh such trip to China as governor.

“Ensuring the countries with the two largest economies and two largest militaries in the world maintain a collaborative and cooperative relationship is needed more now than ever,” Branstad said after Trump’s announcement.

I'm honored and humbled to accept this responsibility as Amb to China; Iowa will never be far from my heart #iagov https://t.co/kkyXBYNElZ

“[Fraley] said Branstad’s past work on behalf of biotech acceptance and advocacy for U.S. agriculture makes him an excellent choice for the role,” according to Farm Journal editor Susan Luke.

China, Monsanto and Iowa are all linked by the humble soybean. Monsanto controls 90 percent of soybean production in the U.S. and Iowa happens to be a top soybean grower, with 97 percent of the state’s soybeans grown from genetically modified (GMO) seeds. China is the world’s largest soybean consumer, importing about 25 percent of all U.S. soy produced.

Soybeans sold to China are “the largest U.S. agricultural export as their value rose from about $400,000 annually during 1996-97 to as high as $14.5 billion in 2014,” Fred Gale, U.S. Department of Agriculture agricultural economist told ChinaDaily USA.

China’s booming population is driving increased meat consumption and increased imports of corn and soybeans to feed livestock. Incidentally, China has banned the cultivation of GMO crops, as Chinese consumers are generally fearful of the food’s perceived health risks. Rather, the country buys GMO soy for cooking oil or animal feed. But in recent years, China has pushed for the domestic commercialization of GMO soybeans, spending billions on research. President Xi himself called for the domestic cultivation of GMO crops in 2014.

“China is an important market for U.S. corn in all forms including the second-largest purchaser of U.S. ethanol last marketing year; and a critical buyer of U.S. distiller’s dried grains (DDGS). The China/Hong Kong market is also the third largest customer for both U.S. pork and beef exports,” Hora said.

Corn ethanol has been touted as an energy alternative, but the biofuel “might be worse than petroleum when total greenhouse gas emissions are considered,” Scientific American explained.

Not only that, “back in 2011, the governor also tapped Rastetter’s brother Brent, who then ran a business constructing industrial-scale hog-rearing facilities, to the state’s Environmental Protection Commission. Branstad also signed into law one of those infamous “ag gag” bills, championed by Big Ag, that make it a crime to secretly document conditions inside livestock farms,” Philpott wrote.

“[The selection of] Iowa Governor Terry Branstad for U.S. Ambassador to China is good news for the factory farm cartel, the ethanol lobby, Big Pharma Bayer and Monsanto, but very bad news for organic consumers and farmers, as well as everyone in the world who cares about justice, healthy food and soils, the environment, humane treatment of animals and re-stabilizing our dangerously out-of-control climate,” Cummins told EcoWatch.

Ken Roseboro, the editor and publisher of the Organic & Non-GMO Report, agreed.

“As an Iowan, I’ve seen that Governor Terry Branstad has been a big supporter of factory farms in Iowa, which threaten the environment, human health and quality of life for Iowans,” Roseboro told EcoWatch. “His appointment as Ambassador to China is likely to accelerate that unsustainable trend since China is deeply involved in Iowa’s pork production and factory farms.”

“Donald Trump appears destined for the Guinness Book of Records for appointing the most corrupt and dangerous administration officials in U.S. history,” Cummins told EcoWatch. “If I were a Reality TV host, my message to Donald and his cronies would be clear: You’re fired.”