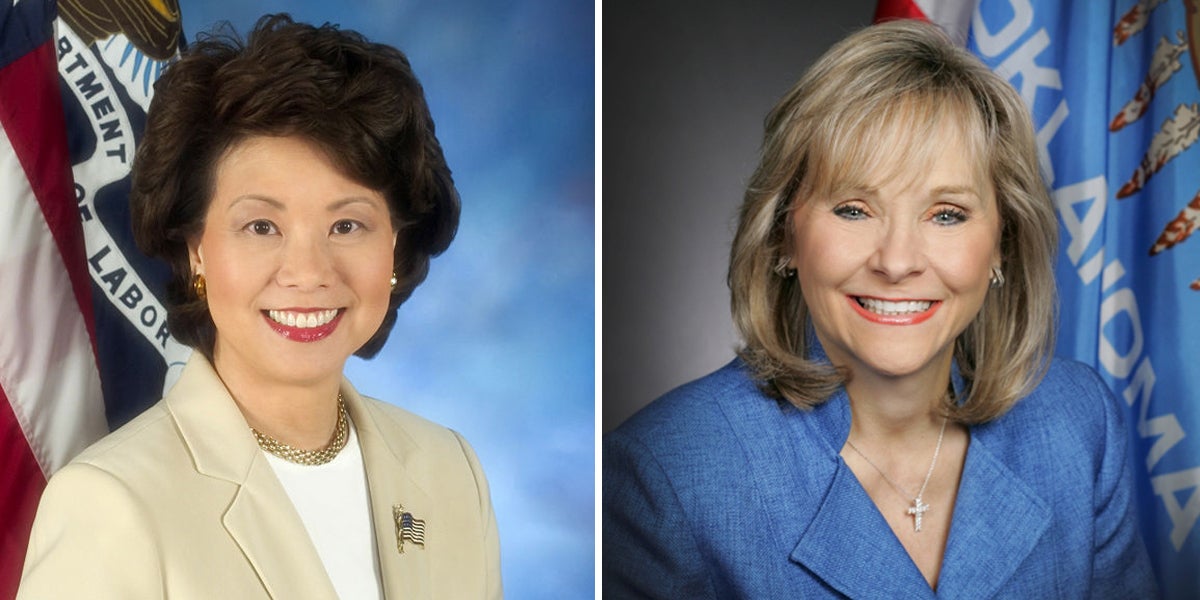 Sources close to the Trump transition team told Politico that Oklahoma Gov. Mary Fallin is the frontrunner for the Interior secretary position. Fallin, who is a climate change denier and was one of the first governors to oppose the Clean Power Plan, met with Trump last week in New York, where their conversation focused on the energy industry and Native tribes.

According to Politico, Fallin is an “advocate of oil and gas development, she signed a bill last year that would prevent Oklahoma cites from enacting bans on drilling.” 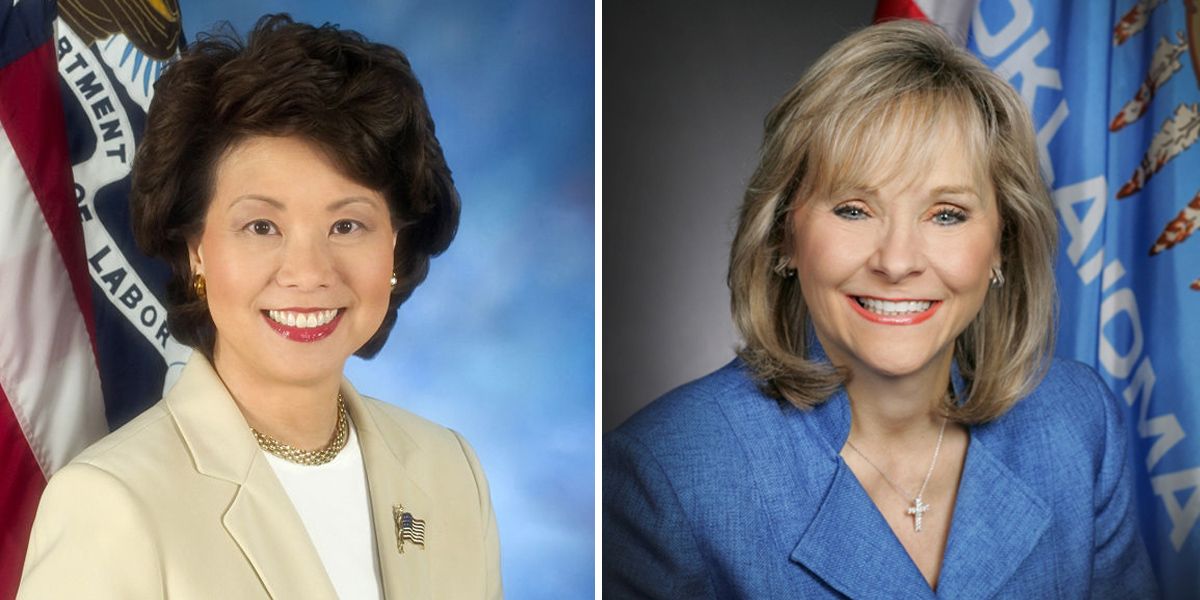 Meanwhile, Trump announced Elaine Chao, former labor secretary under Bush II, as his pick for secretary of transportation; Chao, who is married to Kentucky Sen. Mitch McConnell, left the board of Bloomberg Philanthropies in early 2015 after the charity announced it would be increasing its donations to the Sierra Club’s Beyond Coal campaign.

“As secretary of transportation Elaine Chao will spearhead a Trump plan to plunder the government for Trump’s friends and family’s financial gain,” Friends of the Earth climate and energy program director Benjamin Schreiber said.

“A massive corporate welfare plan for contractors is not an infrastructure plan, it’s a travesty and a threat to the planet. Avoiding the worst impacts of climate change will require a radical reshaping of our transportation system to move us away from fossil fuels. The U.S. urgently needs a secretary of transportation who will lead this transition. As secretary of labor, Chao dismantled critical mine safety regulations and showed that she values fossil fuel profits above all else. She is the wrong choice to lead the transition to a green energy economy that will provide lasting jobs and protect the planet.”