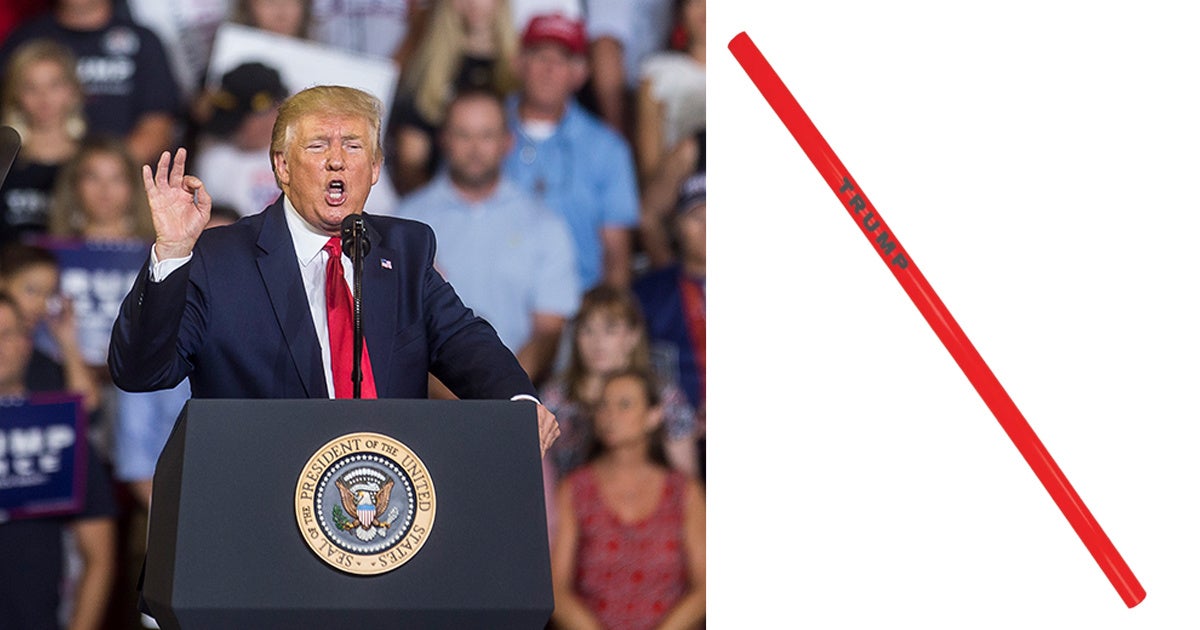 Last week, EcoWatch reported that the campaign to re-elect President Donald Trump was selling packs of 10 plastic straws for $15. Commentators noted that the straws came with an unusually high price tag of $1.50 per pop, but apparently it was a price Trump supporters were willing to pay. The campaign has sold more than $456,000 worth since July 19, The Guardian reported.

Almost a half million dollars in straw sales! Wow.

Get your recyclable @realDonaldTrump straws today.

Can’t wait to see the pictures of Trump supporters drinking with them!#MakingStrawsGreatAgainhttps://t.co/2jJT3e2oJc

Parscale hit upon the idea for the straws when a paper straw fell apart on him shortly after he boarded a Jet Blue flight, Politico reported. He tweeted his annoyance, but his wife encouraged him to take it further. The idea to sell Trump-brand plastic straws was born.

I’m so over paper straws. #LiberalProgress

This is exactly what they would do to the economy as well. Squeeze it until it doesn’t work. pic.twitter.com/zKfiZiSHV5

Politico described what happened after Parscale emailed his staff with the plan:

In short order, the campaign sent an email to supporters with the subject line, “Making straws great again.” By the time Parscale landed in Florida, the presidential straws were already in production and an advertising campaign was up and running. The first batch was sold out within hours.

The straws are typical of the Trump campaign’s marketing strategy, according to Politico. It makes bank on novelty items that take advantage of Trump’s domination of the news cycle and the grievances of his supporters. Other offerings have included “Stand Up for America” football jerseys, inspired by Trump’s criticism of football players who knelt during the national anthem to protest police brutality, and “Pencil-Neck Adam Schiff” T-shirts, mocking vocal Trump opponent Rep. Adam Schiff (D-Calif).

“I think something Trump has always understood very clearly is how to tap into a cultural moment or zeitgeist and leverage it to his advantage,” climate crisis activist and Democratic digital strategist Tara McGowan told Politico. “So for him, taking a relatively new thing in the world that most people hate (paper straws) and leveraging it to both make a political statement and raise [hundreds of thousands] of dollars by selling plastic straws is both brilliant and sinister.”

Merchandise can be an effective means of drawing in small donors. Campaign staff told Politico that more than half of the people who purchased the straws had not given to the campaign before, and now can be hit up for future donations.

However, this fundraising ploy could have environmental consequences. The straws are recyclable, but if owners toss them anyway, they could join the approximately 7.5 million straws trashing U.S. beaches, according to a study reported by The Guardian. Americans use between 170 and 390 million straws a day, according to market research firms cited by The New York Times.