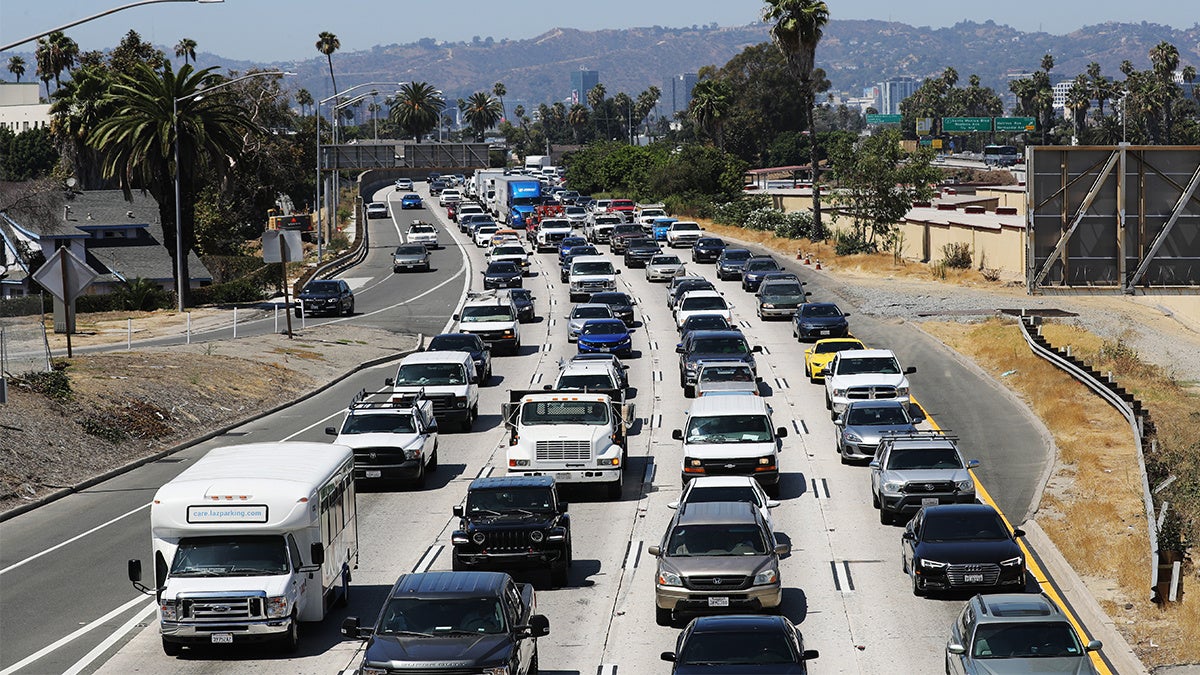 Drivers make their way on the US 101 freeway on Aug. 30 in Los Angeles, California. Mario Tama / Getty Images

In its latest move to undermine action on the climate crisis, the Trump administration will formally rescind California‘s waiver to set stricter auto emissions standards under the Clean Air Act.

Revoking California’s waiver is part of a broader effort to roll back Obama-era fuel efficiency standards for cars and light trucks. In a draft proposal released in August of 2018, the administration had promised to replace the Obama-era requirement that cars average 54.5 miles per gallon by 2025 with a much less ambitious target of around 37 miles per gallon. It also said it would revoke California’s ability to set its own standards, so that automakers would not have to build for two national markets.

But the reduced standards, which would allow nearly six billion tons of carbon dioxide pollution to enter the atmosphere, have been delayed as staff work to justify them scientifically, legally and technically, The New York Times explained. So the administration decided to move forward with revoking California’s waiver.

“Trump has married his administration-wide hostility to the environment to his personal vendetta against California,” Safe Climate Campaign Director Dan Becker told The New York Times.

The move is likely to set off a legal battle that could go all the way to the Supreme Court. Part of the reason that the administration moved forward with revoking the waiver is so that it would have a chance to defend the decision in the nation’s highest court before a potential election loss in 2020. The New York Times explained the stakes of that potential fight:

The outcome could split the United States auto market, with some states adhering to stricter pollution standards than others. For automakers, that would be a nightmare.

For its part, California intends to fight.

“While the White House has abdicated its responsibility to the rest of the world on cutting emissions and fighting global warming, California has stepped up,” Gov. Gavin Newsom told The Washington Post. “It’s a move that could have devastating consequences for our kids’ health and the air we breathe, if California were to roll over. But we will not.”

The administration was scheduled to announce the new policy Wednesday, but delayed the announcement by at least one day after the news broke Tuesday, The Washington Post reported.

U.S. Environmental Protection Agency (EPA) administrator Andrew Wheeler gave some sense of what was in store during a speech at the National Automobile Dealers Association on Tuesday.

“In the very near future, the Trump administration will begin taking the steps necessary to establish one set of national fuel-economy standards,” Wheeler said, as POLITICO reported. “We embrace federalism and the role of the states, but federalism does not mean that one state can dictate standards for the nation,” Wheeler continued.

The revoked waiver was also partly retaliation for a deal California struck with four automakers this summer. Ford, Honda, Volkswagen and BMW of North America agreed to emissions standards of 51 miles per gallon by 2026. The EPA and Transport Department criticized the move, and the Justice Department launched an anti-trust investigation into the deal, POLITICO reported.

“It’s clear that the president felt very strongly about this,” Thomas J. Pyle, president of pro-fossil fuel think tank the Institute for Energy Research, told The New York Times. “The actions of California and the other auto companies probably firmed up or hardened the president’s resolve on this issue, so here we go.”

But environmental experts pointed out that the battle between California and the Trump administration could have global consequences.

Obama-era EPA air official Janet McCabe told POLITICO that climate change “is a ‘y’all come’ situation, where we need all the reasonable programs that we can get in place. And this is one of the most reasonable and impactful across the board,” she said.