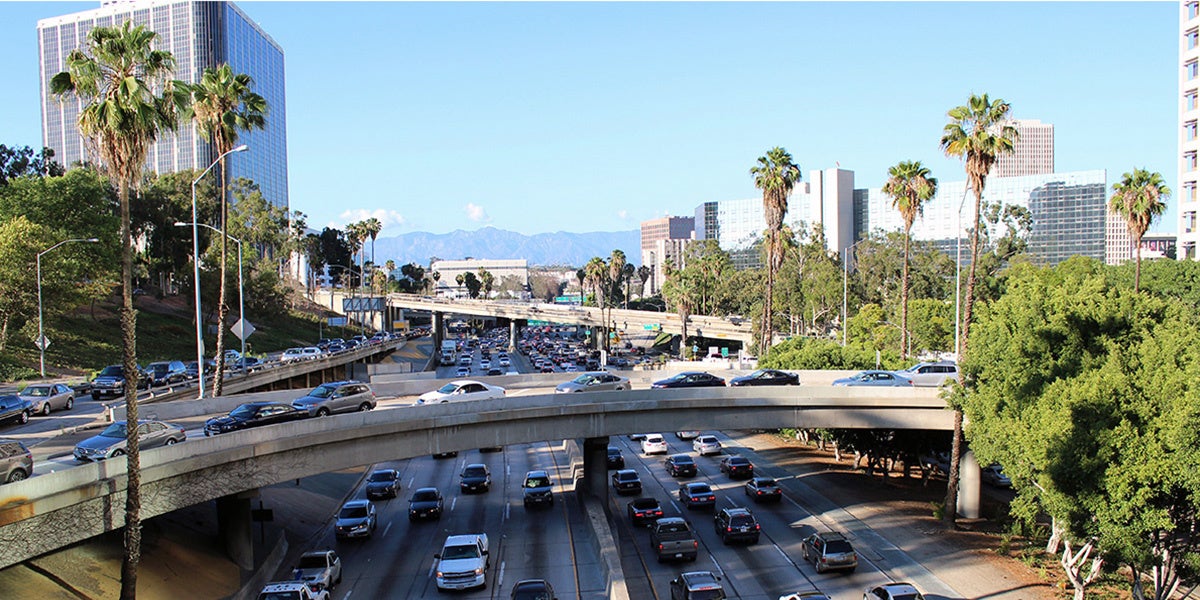 The Trump administration is set to revoke California’s ability to set its own automobile greenhouse gas emissions standards, as part of a plan to lower Obama-era emissions standards for cars and light trucks to be announced this week, three people familiar with the plan told Bloomberg news Monday.

Trump’s plan for new standards would be the administration’s largest deregulatory move yet. It would cap fuel efficiency standards at the 2020 level of at least 35 miles per gallon, according to Bloomberg.

In addition to eliminating California’s ability to set its own emissions standards, revoking the waiver would also block the state from mandating car makers sell a minimum number of electric vehicles.

The new decision comes as transportation has exceeded power generation as the leading cause of U.S. greenhouse gas emissions for two years in a row, according to the Rhodium Group, and would therefore be a major blow to the fight against climate change.

California, which is currently suffering through another summer of wildfires and heat waves, is likely to fight in court to keep its waiver.

Earthjustice attorney Paul Cort agreed. “California has done the math, and it’s concluded that the only way to meet both its greenhouse gas goals and its ozone targets is to move away from fossil fuel-based transportation,” Cort told Bloomberg. “The law is very clear about California’s authority to set these standards, and for the Environmental Protection Agency (EPA) to try to narrow it now means they have an uphill battle.”

California was granted a waiver to set its own emissions standards under the Clean Air Act because they were already working to regulate the state’s unique air pollution problems when it first passed. Other states can’t set their own standards, but they can choose to follow California’s. The District of Columbia and 13 states have chosen to do so.

Under the Obama administration, the auto industry, EPA, the National Highway Traffic Safety Administration and California agreed to a single set of standards that would raise fuel efficiency to more than 50 miles per gallon by 2025.

But in April, Scott Pruitt‘s EPA scuttled that agreement when it ruled that the Obama-era standards should be less stringent.

Bloomberg’s sources, who spoke under a condition of anonymity, said the new plan was still being finalized by the Office of Management and Budget, but that the core elements of the plan, including the lower standards and the revoking of California’s waiver, were unlikely to change before the public announcement.

For automakers, the new plan is an example of being careful what you wish for. They initially complained about the Obama administration’s higher standards, but they also do not want to have to design cars for two U.S. markets if California and other states stick to the higher standards.

California currently has an auto market the size of Canada’s.

“This is a huge shift in regulatory oversight, and while it initially looks like a benefit for automakers it adds a level of uncertainty none of them want,” executive publisher at Kelley Blue Book Karl Brauer said in a statement emailed to Bloomberg.