Trump Building Wall in Ireland to Keep Climate Change Out 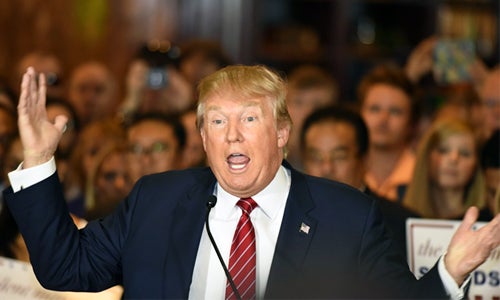 Donald Trump has said numerous times in various places that he does not consider climate change to be a significant problem warranting corrective action. From calling it pseudoscience to a Chinese conspiracy to an elaborate hoax, he’s made it a point to take the Koch-approved stance, even as he disavows such big-money influence in politics. But as Politico’s Ben Schreckinger has uncovered, when it comes to his business and not campaign rhetoric, Trump apparently takes climate change seriously. 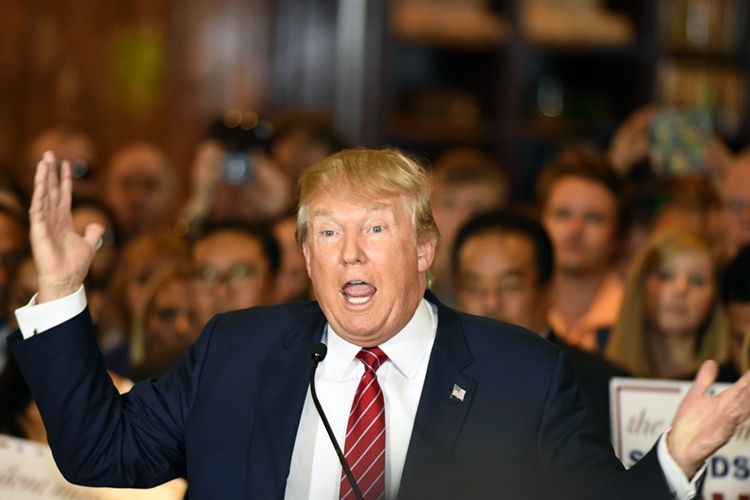 Ben Schreckinger has uncovered, when it comes to his business and not campaign rhetoric, Trump apparently takes climate change seriously. Photo credit: Shutterstock

At a minimum, those in charge of running one of Trump’s golf courses in Ireland seem to be climate conscious. In a planning application, Trump asked for permission to construct a two-mile sea wall to keep the rising sea levels from eroding the golf course. The impact statement refers not only to the coastal erosion from rising seas, but also the even larger risk from storm systems amplified by global warming.

The company made this a public issue as well, distributing a brochure to locals to gain their support for coastal protection, which specifically mentions the sea level rise and storms that will increase coastal erosion. So while Trump’s political rhetoric is full-on conspiracy theory denial, this business move shows a rational reaction to a known risk. As such, we can probably expect him to disavow this move to go green so he can keep making the greenbacks from his golf greens. Though the plan is to build a wall and we all know how he feels about that.

News that the Donald’s businesses take climate change seriously comes just after he’s made some unsurprising remarks about climate, specifically about how he would renegotiate the Paris climate agreement. Chris Mooney explained why those comments were “so bizarre” on a few different levels. Short version: Trump’s statement suggests he doesn’t have the foggiest idea what the Paris agreement accomplished, how it’s structured or what it represents.

Ever the optimists, though, we’d like to think that Trump’s insistence that he will hire the best people would mean that he would pick climate advisors from the 97 percent and not the frequently–wrong and less-expert deniers. And his adaptation plan in Ireland suggests that on some level, this is true. So perhaps if elected he would hire the best, heed their advice and acknowledge the reality of man-made climate change. And to prevent being a flip-flopper, he can use this Irish golf course as a way to tee up the pivot from far-right primary to moderate general election campaigning.

Unfortunately, at the campaign level this optimism seems as outlandish as Trump’s conspiracies since Donald is seeking energy advice from a pro-fossil fuel congressman from North Dakota. And even more unfortunately, when it comes to the high-profile issue of healthcare, even conservatives have lambasted his plan as being so bad that “to suggest it was pulled together by an unpaid campaign intern would be an insult to the capabilities of unpaid interns.” Someone from the free-market focused Cato institute called it “a series of ignorant, incoherent and self-contradictory verbal spasms.”

Which some might think suggests that it wasn’t an unpaid intern that wrote it, but Donald himself.