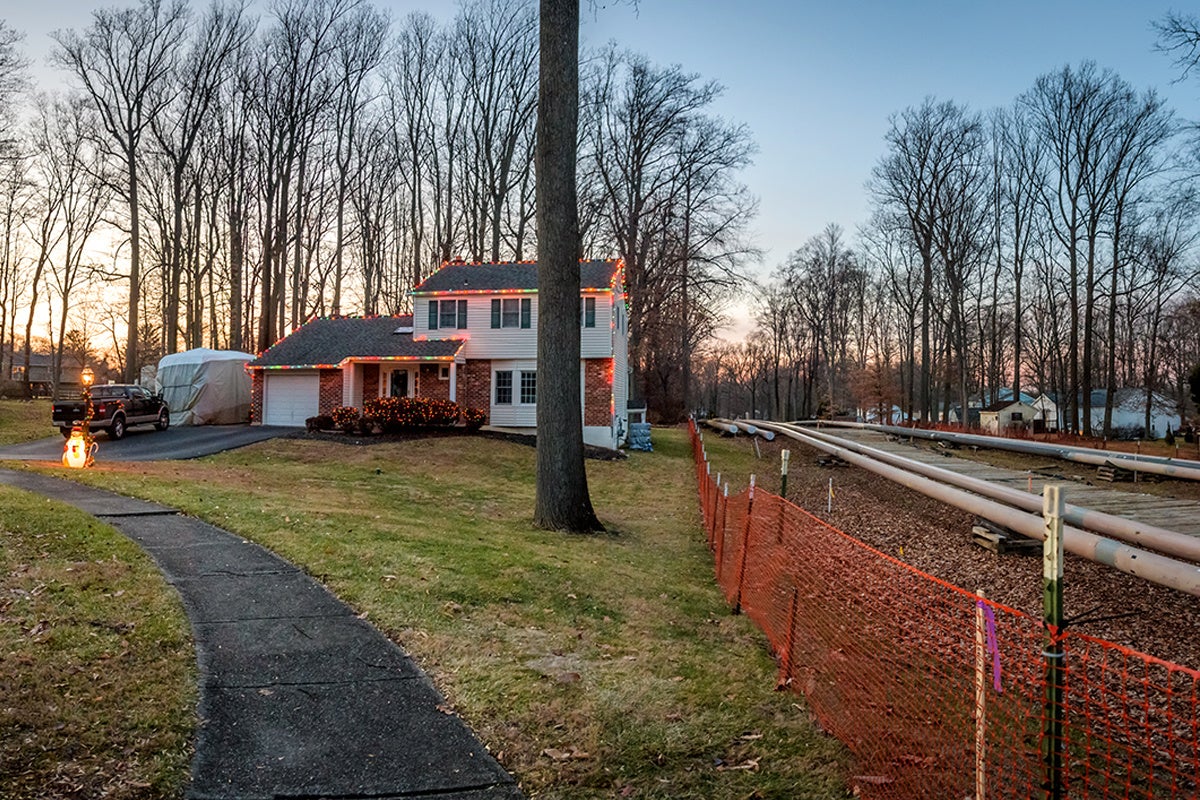 To celebrate the 50th birthday of one of America’s most important environmental laws, President Trump has decided to make a mockery out of it.

On the first day of January 1970, President Richard M. Nixon signed into law the National Environmental Policy Act (NEPA). In doing so, he formally acknowledged that the federal government bears a responsibility to “assure for all Americans safe, healthful, productive, and esthetically and culturally pleasing surroundings,” and moreover that “each generation [serves] as trustee of the environment for succeeding generations.” While other important environmental laws of the era were about protecting specific natural resources, such as water or air or biodiversity, NEPA was about establishing a covenant between the American people and its elected officials. Its wording makes clear that the government is “to use all practicable means” to achieve the goal of ensuring a clean, safe environment.

In practice, NEPA is the law that compels the federal government to consider the environmental consequences of any major project that it hopes to undertake. This is where the “practicable means” known as an environmental impact statement (EIS) comes in. As its name suggests, an EIS is a report, typically a large and thorough one, that examines the potential environmental impacts of a proposed project from all conceivable angles. So well regarded is the concept underlying NEPA — simply put, that governments owe it to their citizens to study the risks of doing something before they do it — that more than 160 nations have adopted similar standards for environmental review, leading many to call NEPA the Magna Carta of environmental law.

Last week, 50 years and eight days after Nixon signed NEPA into law, Trump announced his intention to shatter this covenant between the government and the governed. His administration is proposing changes to NEPA that would dramatically reduce the length and scope of the environmental review process, let polluting industries “review” themselves, limit input from the American public, exempt many infrastructure projects from review altogether, and — perhaps most disturbingly — allow agencies to ignore the fact that certain projects would contribute to climate change. Any one of the proposed changes would be a cause for concern. Taken together, they add up to an unconscionable hollowing-out of NEPA and a wholesale abandonment of the principle at its foundation.

The president’s ostensible reason for gutting NEPA is to speed up the process for building out America’s infrastructure — think roads, bridges, dams, airports, sewer systems and railroad tracks, but don’t forget that the category also includes mines, offshore drilling rigs and oil pipelines. According to the administration, the current review system is too drawn out, too expensive and otherwise so onerous that it’s suppressing much-needed construction and holding America back. Our country’s infrastructure, President Trump told reporters last week, “used to be the envy of the world, and now we’re like a third-world country. It’s really sad.” To sell the idea that infrastructure projects are somehow being (in his words) “tied up and bogged down by an outrageously slow and burdensome federal approval process,” he asserted that “it can take more than 10 years to build just a very simple road. And usually you’re not able to even get the permit.”

That would indeed be a serious problem in need of immediate fixing, were it true.

It is not. But the good news is that if Trump is sincerely interested in discovering the truth, it’s right there to be found in his own executive branch! According to the White House Council on Environmental Quality (CEQ), the NEPA-created agency that oversees the review process, nearly 95 percent of the more than 50,000 federal projects that are subject to environmental review annually are granted a categorical exclusion — meaning that they’ve been deemed so low-risk that they can proceed with only a minimal version of review. Less than 1 percent of all projects are considered risky enough to merit a full-on EIS. And the average amount of time it takes these projects to complete the EIS is less than five years. As to the question of expense, a 2003 NEPA report determined that an EIS typically cost anywhere from 0,000 to million: not chump change, perhaps, but hardly bank-breaking given the contingency budgets of most large-scale infrastructure projects.

So why, then, would President Trump paint such a misleading picture of NEPA and seek to place new caps on the size and scope of environmental reviews?

Because polluting industries — the chemical and fossil fuel industries, in particular — want him to. In November an ad hoc group of industry-affiliated organizations sent a letter to CEQ Chair Mary Neumayr, asking her to “modernize” NEPA along the very lines that the president proposed just seven weeks later. Among the letter’s 34 signatories were some conspicuous names: the American Chemistry Council, the American Coke and Coal Chemicals Institute, the American Fuel & Petrochemical Manufacturers, the American Gas Association, the American Petroleum Institute, the Association of Oil Pipe Lines, and the Independent Petroleum Association of America. (Other signatories included groups representing the lumber, mining and fertilizer industries.)

One portion of the November letter stands out for the masterful way that it couches a genuinely menacing request in the gentlest of language. “NEPA provides important safeguards to ensure that major federal actions and approvals carefully consider environmental impacts,” the signatories acknowledge. “We believe however, the scope of NEPA analysis should be focused on information specifically related or consequential to the federal action at hand, as opposed to an overly broad and exhaustive analysis of all issues, without regard to significance.”

How happy those writers must have been, then, to come across this sentence in the Trump administration’s proposal: Effects should not be considered significant if they are remote in time, geographically remote, or the product of a lengthy causal chain. Under current NEPA rules, a project’s potential for contributing to climate change — the ultimate “product of a lengthy causal chain” — is absolutely worthy of consideration in deciding whether a project warrants review. But this requirement has proved to be a major hindrance to the developers and users of one type of project in particular: oil and gas infrastructure, the pipelines and refineries that transport, store, or process those dirty fossil fuels that, when burned, release the gases that are dangerously warming our world.

Polluting industries asked for a new, weaker NEPA. And now the Trump administration is trying to give it to them — even if that means reneging on a 50-year-old promise to the American people and endangering future generations all over the world.