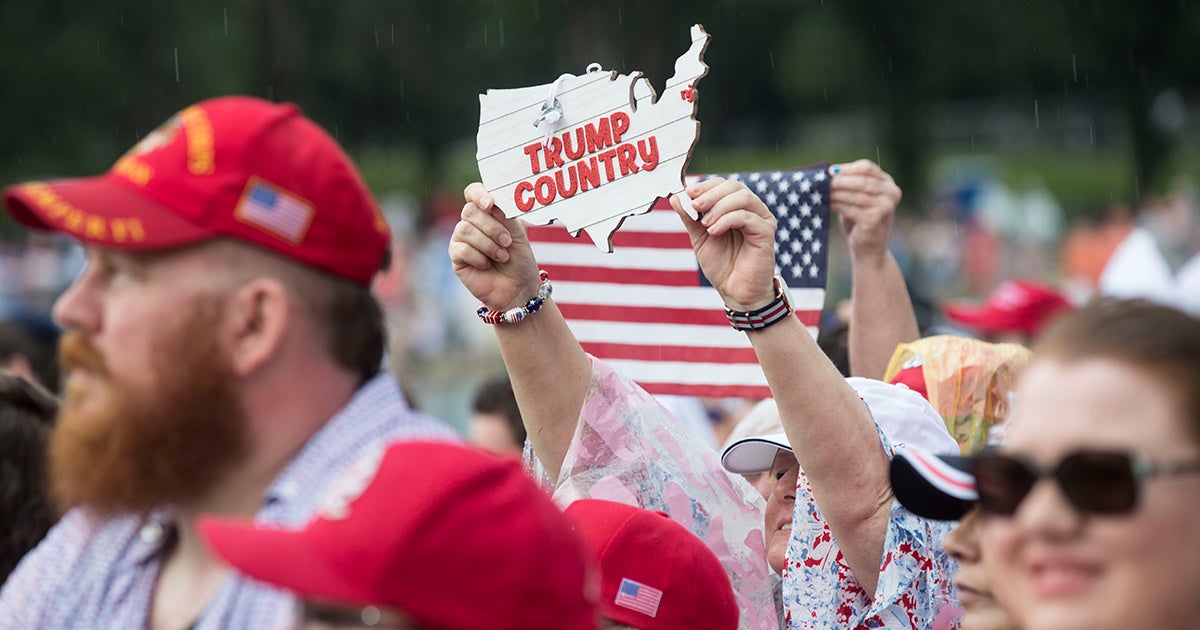 A woman holds a "Trump Country" sign during the opening festivities of President Donald Trump's "Salute to America" ceremony in front of the Lincoln Memorial, on July 4 in Washington, DC. Sarah Silbiger / Getty Images

Despite cutting more than 80 environmental regulations, appointing a climate change denier to the National Security Council and giving senior administration roles to people who worked for the fossil fuel industry, President Donald Trump will deliver a speech Monday that a White House spokesman said will “recognize his administration’s environmental leadership and America’s role in leading the world,” as the Guardian was the first to report.

Trump intends to tout the country’s clean air and water. Although, he often boasts that the U.S. has the cleanest air in the world, statistics show otherwise. The nonprofit Health Effects Institute’s State of Global Air 2019 report ranked the United States 37th dirtiest out of 195 countries for ozone, also known as smog.

Furthermore, a report published last month showed that the U.S. had more days with unhealthy air during the first two years of Trump’s term than in the previous four years, as the Associated Press reported.

Many of his policies and rollbacks will threaten the air, land and water in the U.S. for years to come, experts say. In boasting about his environmental record, Trump could discuss marine debris cleanup efforts or he could discuss funds earmarked to restore the Florida Everglades, but he has little else to go on, according to the Guardian.

Yet, in an off-the-record conference call on Wednesday, the White House asked key supporting groups to spread the message that the U.S. under Trump continues to be an environmental leader.

Trump’s environment officials, including U.S. Environmental Protection Agency Administrator Andrew Wheeler, interior Sec. David Bernhardt and council on environmental quality Chief Mary Neumayr will be at the White House on Monday for the event titled Presidential Remarks on America’s Environmental Leadership, according to the Guardian.

Jonathan Watts, who did not report the story but is the global environment editor for the Guardian, wrote on Twitter that Trump’s speech is “straight out of Orwell.”

While the president has denied that the climate crisis exists and even wrote on Twitter that the concept was created by the Chinese to make American manufacturing non-competitive, some Republicans want him to acknowledge the problem while others want him to continue to deny its reality.

The Guardian reported on how several conservative groups would like Tump to address the environment. Sarah Hunt, of the cross-partisan Rainey Center, said Trump should use the opportunity to endorse America’s emissions cuts so far.

“American energy innovation allows our nation to lead the world in greenhouse gas emissions reductions – we’ve cut our emissions over 10 percent since 2005,” Hunt said to the Guardian. “The president should be proud that American natural gas, wind and solar energy are creating jobs and fighting climate change. I would love to see him announce an initiative that will help our great American clean energy companies export their zero-carbon energy technology to the rest of the world.”

Trump could also make the case that cheap energy will lift up the poor, even if that energy is fueled by coal, oil and gas.

Myron Ebell, of the Competitive Enterprise Institute, to the Guardian he wants to hear the president say, “the alternative to the Green New Deal is not carbon taxes and making people poorer. It’s the Trump energy agenda, which makes people wealthier. Wealthier is healthier, the wealthier we are, the higher our environmental quality.”

Analysis from academics, medical experts like the American Lung Association, and environmental experts suggests otherwise. Trump’s policies, delivered at the behest of the fossil fuel industry will threaten the health of Americans, could significantly increase greenhouse gas emissions, and lead to thousands of deaths from hazardous air quality, according to the New York Times.