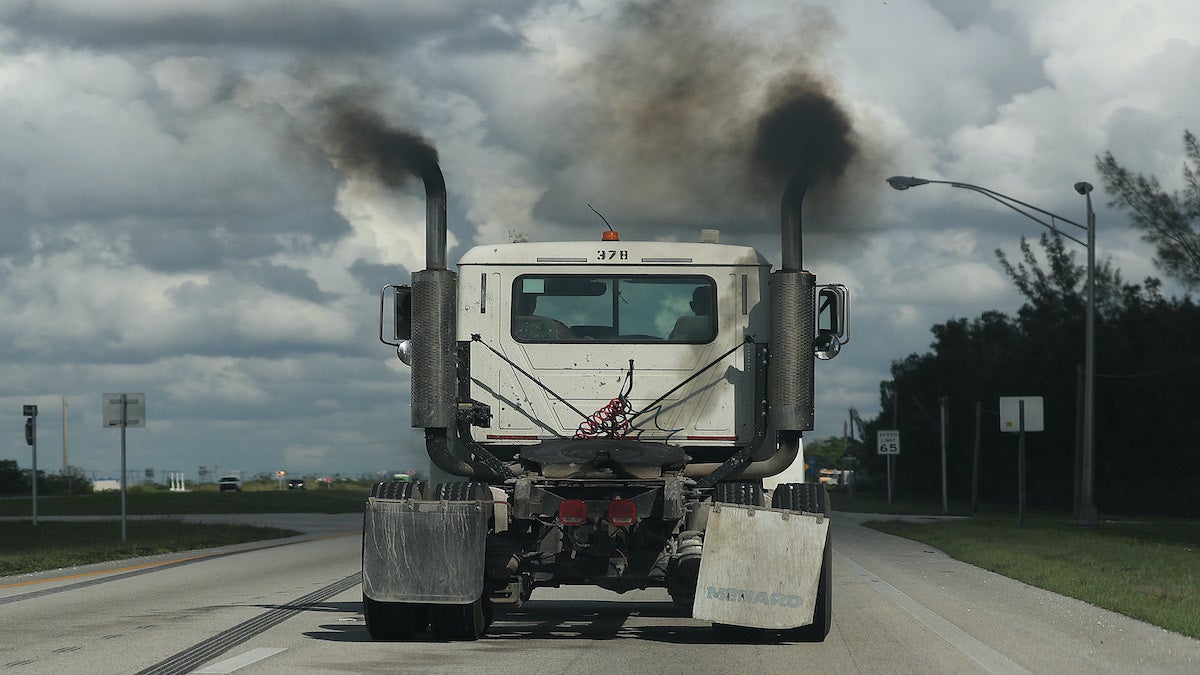 Smoke pours from the exhaust pipes on a truck on Nov. 5, 2019 in Miami, Florida. According to a 2017 EPA study the largest source of greenhouse gas emissions in the U.S. is from the transportation sector. Joe Raedle / Getty Images

First, a fact: People want clean air. And who can blame them — in the United States more than 100,000 people still die from air pollution each year.

Notably, the Trump administration is right there with them, repeatedly claiming to want clean air — the cleanest air—too:

At least, the Trump administration is right there with them rhetorically.

If you look past the dazzling display of the cleanest superlative parade, the narrative takes a turn. In fact, in action, the Trump administration’s clean air pursuit looks a whole lot more like clean air assault.

This administration cannot have it both ways.

Despite the rhetoric, the truth of their actions still stands, and they simply cannot obfuscate away the fact that with their policies, our nation’s hard-fought clean air progress is ebbing, ebbing away.

So how does the Trump administration actually pursue that clean-air sparkle its words so desperately seek?

Sprinkle with comparisons to the 1970s, bedazzle with visions of a trillion trees.

Here, a look at how the Trump administration cooks.

And as a result, it has undermined long-term progress on things like reductions in mercury, in particulate matter, in hazardous air pollutants.

Without question, with this administration, clean air is under attack.

When the Trump administration undertakes these attacks on public health protections, it does so stunningly boldly — except, that is, when it gets called out.

The utterly shameless audacity. Snatching accolades earned by the actions of others, successes advanced by prior Republican and Democratic administrations both, and insinuating they should be awarded to this administration’s health-wrecking machine instead.

And now? Still an estimated 100,000 people die prematurely each year, and thanks to this administration, continued progress on clean air is threatened, stalling, even entering reverse.

It’s just that now the administration is continuing its clean air attacks while looking people straight in the face and playing them for a fool.

Our air is cleaner than it’s ever been! We’ll plant a trillion trees!

Critically, the Trump administration’s tragicomic reframing of its outright environmental warfare into, somehow (no-how), environmental gains, only works if their cover sticks.

So far, their cover has not stuck.

Public comments have denounced their attacks. Scientific experts have blasted their moves. And when the Trump administration’s actions finally make it to the courts, the administration has lost overwhelmingly.

Yet those wins are small comfort when there’s still so much progress left to be made. Clean air access to be broadened, technological innovations to be implemented, emerging science to be incorporated, air pollution burdens to be lifted.

But instead of redoubling a commitment toward progress, we get this: the Trump administration touting the incredible benefits our clean air protections have enabled to date while salting the earth where the very chance for that progress had been sown.

This administration cannot have it both ways.

Julie McNamara is an energy analyst with the Climate & Energy program at the Union of Concerned Scientists.