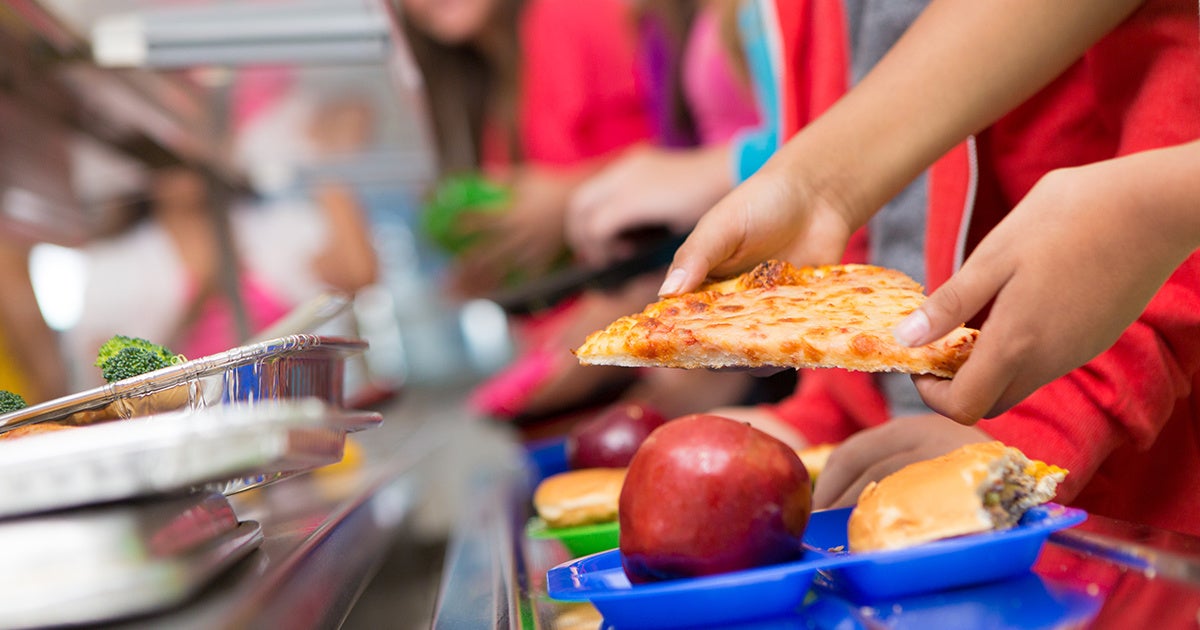 The Healthy, Hunger-Free Kids Act of 2010, which is often attributed to both President Obama and Michelle Obama, instituted certain new reforms to the way the U.S. Department of Agriculture (USDA) administers school lunch programs. Rolling back those reforms has been a major thrust of the Trump administration and Trump’s USDA chief, Sonny Perdue. This week, the first of those rollbacks was announced.

The HHFK Act—we’re just abbreviating for the sake of ease, it isn’t usually referred to that way—was a multi-pronged effort to improve childhood nutrition. The best-known provisions included limiting milk to either one percent white or nonfat flavored milks; setting maximum limits for sodium, fat and sugar; and minimum limits for fruits, vegetables and whole grains. But it also instituted new funds and resources to help schools source more local produce, increased the number of eligible kids, increased access to water fountains, and cleaned up the way eligibility is run (by using census data rather than applications).

For years, Donald Trump has insisted that these rules are onerous and that more control should be given to the schools, which often operate under a strict and wildly inadequate budget. USDA Secretary Sonny Perdue has said that kids may simply be uninterested in healthy options, and that forcing schools to offer them is thus a waste of money and effort. (This is not, according to some studies, true; this study, for example, found that increasing access to healthy food does in fact increase the intake of healthy food.)

This week, the USDA released a press release outlining some of the new rules, saying the new rules are designed to “eliminate unnecessary regulatory burdens.” The first wave of these new rules include allowing flavored one-percent milk and freezing the sodium reduction requirements. Under the HHFK Act, schools were supposed to gradually reduce sodium content over the course of the decade. The new rules delay that by seven years, which could simply signal that those sodium goals may never actually be required.

The HHFK Act has, despite statements from the Trump administration, been a success; school lunch participation is up, long-term budgets don’t seem to be affected, and according to the USDA’s research, schools have reached near-universal compliance with the rules.