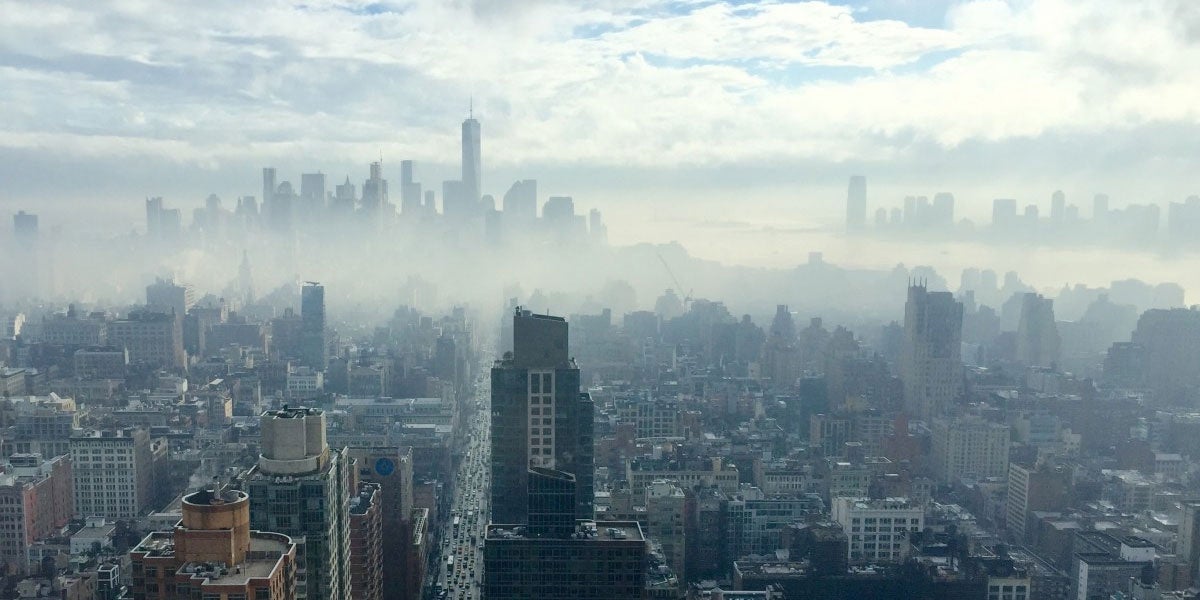 We all check the weather forecast for sun, rain, UV, allergies and other information that might affect us as we spend more time outside in the summer. That includes alerts on bad air days, when air pollution levels are high enough to be potentially dangerous, especially for children, those with respiratory concerns like asthma and the elderly.

Indeed, there is a nice little numbered, color-coded scale for air quality that warns us when extra caution is needed. Ever wonder where that comes from?

The standards used to determine air quality refer to the average amount of a pollutant in the air. Keeping air quality below a standard determined to be bad for your health is an obviously good idea—as is being aware of when the air is bad or unhealthy. Alerts of bad air days are those that exceed the standard, telling us to watch out!

But now, changes underway at the U.S. Environmental Protection Agency (EPA) may make it less likely you’ll see a bad air day warning—even when the air is still unhealthy to breathe. That’s because the Trump administration is planning on reconsidering the standard for ozone, despite the fact that the science clearly shows that doing so would cause harm.

If the administration is successful in its efforts, we determined how many fewer bad air alerts you’d get if you lived in 19 different metropolitan areas.

Ozone is a critical pollutant in those bad air days the weather forecasters tell us about.

In response to clear scientific evidence that ozone causes harm, especially to children and those with respiratory ailments, the national standard for ozone was lowered in 1997 from 120 to 80 parts per billion (ppb).

Then in 2014, EPA proposed strengthening the standard again to between 65 and 70ppb. The agency received 430,000 public comments on the proposal, with the scientific evidence clearly pointing to the need for a stronger standard. In 2015, the EPA compromised and set the standard at 70 ppb.

That move was opposed by several states, mostly those with large oil and gas industries, and the US Chamber of Commerce and other business groups. In 2017 EPA Administrator Scott Pruitt, who had opposed the standard on behalf of Oklahoma, announced he would delay implementation for the 70 ppb standard pending a new review. Sixteen states objected and Pruitt allowed the standard to go into effect but remained intent on re-reviewing it.

On June 21, the US House of Representatives Committee on Science, Space, and Technology held a hearing on regulating ozone pollution. The committee chairman’s opening statement makes it clear that some still seem to believe that protecting public health and having a vibrant economy are incompatible—his statement was full of language about the need to rollback the ozone standard from 70 ppb.

And unfortunately, the Trump administration is taking a lot of actions that undermine the progress we have made on cleaning up the air we breathe, as my colleagues Drs. Gretchen Goldman and Juan Declet-Baretto have written.

It’s clear that the EPA seems bound and determined to re-review the basis for the 70 ppb ozone standard, and are likely to argue it is too stringent. Indeed, some of the agency’s leading science advisors including the Chair of the Science Advisory Board, Dr. Michael Honeycutt, have even argued—contrary to public health science—that the health impacts of ozone aren’t that bad .

If industry and their allies have their way and the standard was raised to, say, 75 ppb as they have previously argued, what do we know about the impacts on public health?

We did a simple analysis to answer the question, “How many days in major cities would be considered ‘safe’ under a new standard even when they weren’t according to our current standard?” Put another way, if you followed the weather warnings of bad air days to potentially limit your kids’ time outdoors, how many days would you believe the air to be healthy when it really wasn’t because the standards have changed?

The numbers for major cities should worry us all. Here’s our look at 19 major metropolitan areas across the country—and how many fewer bad air alerts they would have received since 2015 with a weaker ozone standard in place. In multiple places, nearly a month’s worth of days would have been unhealthy without warning–an indicator of the potential impact that weakening the ozone standard would have over the coming years.

Click on any city to see how many fewer days would have been classified as bad air days, even though the air was still unhealthy to breathe (2015–present). 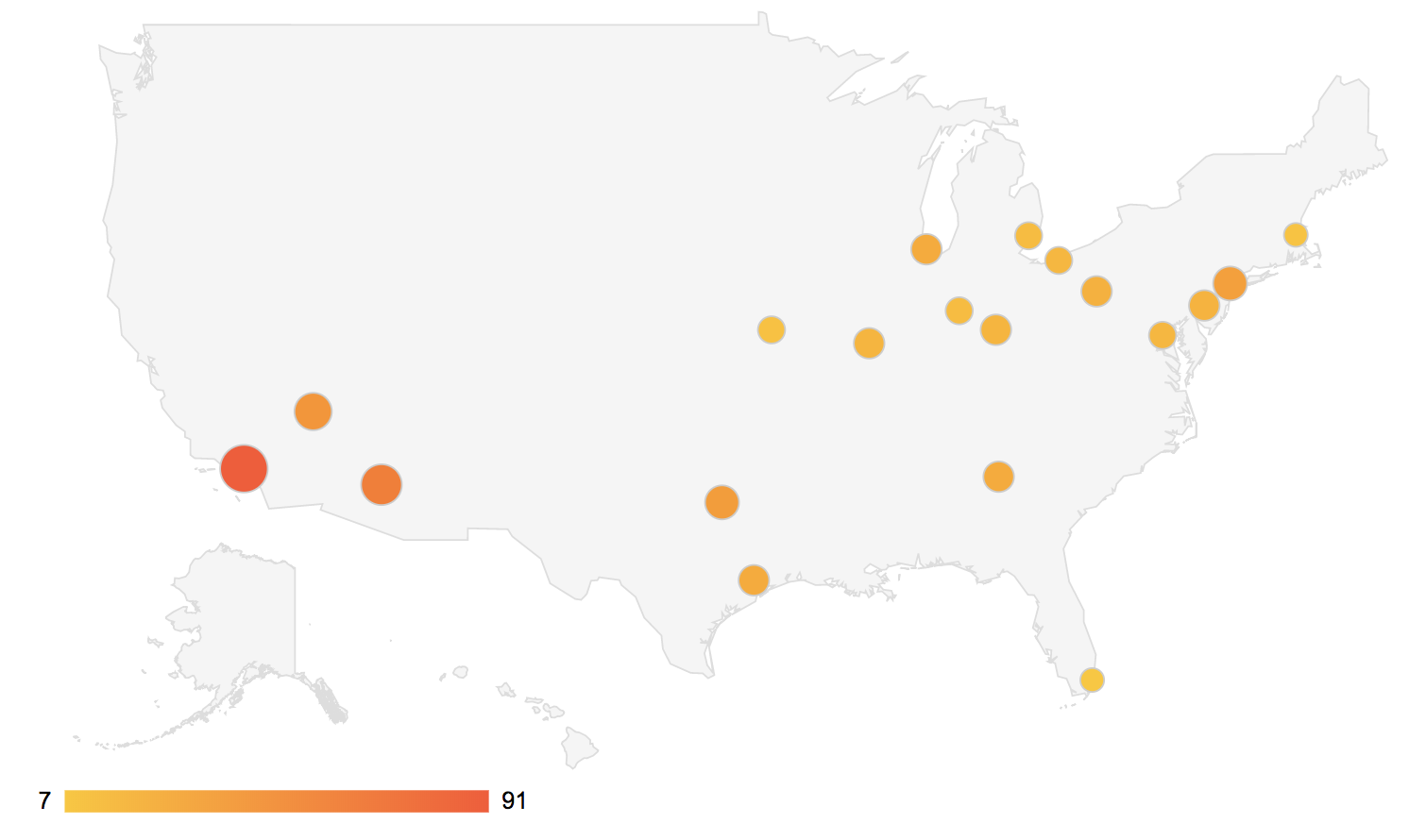 The number of “bad air” ozone days was calculated using downloaded data from the EPA’s website that listed daily Air Quality Index (AQI) values. Ozone AQI values are subdivided into six categories based on the EPA’s ozone standards and its effect on human health. In a selection of major metropolitan areas, including several where we and our partners and supporters live and work, we calculated the numbers of days from 2015 to the present that would have been labeled as “moderate” instead of “unhealthy for sensitive groups” under a weakened ozone standard (75 parts per billion), thereby escaping detection by the public.

What Does That Mean in Terms of Overall Health Impacts?

According to the EPA’s own estimates, after 2025, changing the standard is conservatively expected to annually result in:

Economically, they estimate that weakening the standard would result in the loss of $2.9 to 5.9 billion annually after 2025. Clearly this does not benefit anyone in the long-run.

This is just one example of the many ways the Trump administration is working to harm our health—and it shows yet again the importance for all of us to be vigilant, and to call out and comment, when we see it happening. You can learn more ways to become engaged in our Action Center.

Andrew Rosenberg is the director of the Union of Concerned Scientists Center for Science and Democracy.