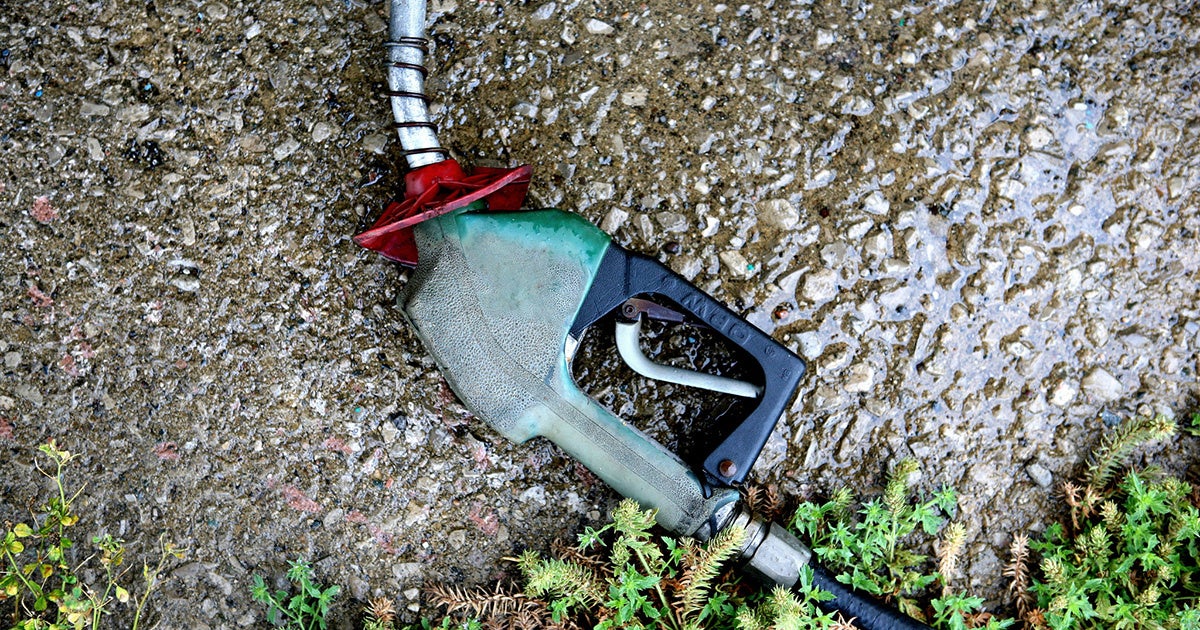 The Trump administration’s plan to freeze fuel-economy standards is “the most spectacular regulatory flip-flop in history,” said a retired EPA engineer who helped to develop new the standards under the Obama administration.

“These standards weren’t going to be the ultimate solution for solving the climate problem, but they were a very, very important first step,” said Jeff Alson, who retired this past April after a 40-year career at the EPA. “That’s why this delay is so risky to us.”

The Obama-era fuel-economy rules for cars and trucks—which former EPA administrator Scott Pruitt announced the Trump administration would “revise” this past April—would have reduced carbon dioxide emissions by an estimated 540 million metric tons and oil consumption by 1.2 billion barrels.

The previous rules were developed over a period of seven years by the EPA and the Department of Transportation’s National Highway Traffic Safety Administration. Passed in 2010 and 2012, the standards required automakers to continuously increase their vehicles’ fuel efficiency and decrease their emissions through the year 2025. Alson said the effort—which involved “hundreds of meetings”—resulted in a plan to effectively double fuel efficiency over that time period while allowing automakers to incrementally improve their technology.

Since 2012 the rules have saved drivers “tens of billions of dollars on fuel and cut hundreds of millions of tons of carbon dioxide emissions,” according to a recent Union of Concerned Scientists blog post by retired General Motors engineer Greg Kempf.

The Trump plan, however, would put that savings on hold and flatline further fuel-economy improvements for six years. If passed, it would result in a 500,000 barrel-a-day increase of oil consumption in the United States, according to S&P Global Markets. The rules, according to the August 24 announcement in the Federal Register, are actually designed to increase fossil-fuel consumption, saying the country has increased oil production enough to reduce “the urgency of the U.S. to conserve energy.”

By contrast, the most recent report from the Intergovernmental Panel on Climate Change warns that the world must, among other actions, rapidly switch to electric vehicles powered by renewable energy if it hopes to avoid a climate-change catastrophe.

A Change in Plans

Although the automotive industry publicly supported the old standards, experts say they also advocated for slowing them down, as evidenced by a letter a trade group called the Alliance of Automobile Manufacturers sent to President Trump shortly after his inauguration.

“The industry is more concerned with their quarterly profits than long-term greenhouse gas emissions,” said John M. DeCicco, research professor at the University of Michigan Energy Institute. “The Obama-era standards would have been a move in the right direction for the climate, but now we’re regressing.”

The Trump administration’s freeze may appeal to corporate supporters, but they are not popular with the public. Alson testified at a public meeting about the plan last month and said “five or six of the 150 people attending supported some kind of rollback, some kind of weakening of the standards, but everybody else didn’t.”

More broadly, a recent survey by the Consumer Federation of America found that the public, regardless of political affiliation, overwhelmingly approves of both current fuel-economy standards and the previous plan to improve them.

That’s no surprise, said DeCicco. “Such support has been consistently strong since the 1970s,” he said. “Consumers instinctively know that stronger vehicle standards have been good for them in many ways.”

Good for the Planet and the Bottom Line

“Making cars more fuel efficient not only reduces the carbon they emit but it reduces the amount of gasoline you got to buy,” said Alson. “Every mile per gallon higher you have in your car, that’s more money in your pocket.” In fact, he said, fuel-economy standards typically save the average car owner twice money as much as they spend on the cost of fuel-efficient technology.

“I’d call it a free-lunch regulation,” he said. “Economists don’t like the concept of free lunch, but if these standards force new technological innovation and automakers bring it to market, consumers are actually going to save more on gasoline in the long run than they’re spending on the technology.”

Interestingly, Alson said the Trump administration’s move is actually proving unpopular with automakers themselves. “The automakers are nervous right now,” he said. “They wanted a little bit of relief, a little bit of flexibility, but they had no idea that the libertarian ideologues within this administration were going to go for an eight-year rollback. This has actually surprised the automakers and Ford came to the hearing I attended and said were opposed to this rollback, and Honda has also said that publicly.”

That’s in part because the industry always has a multiyear plan for developing and implementing new technologies. “They make decisions today about the billions of dollars they’re going to be spending on new technology over the next five or 10 years,” he said. The Trump administration’s announcement has thrown a monkey wrench into those carefully established plans.

Unfortunately, those plans actually involve selling more trucks and SUVs instead of lighter, more fuel-efficient vehicles, which are less profitable. DeCicco points out that recent emission gains from sales of electric vehicles have been “more than offset” by the increased sales in small trucks and SUVs. He said while consumers do recognize the need for fuel-efficiency standards, “they want bigger cars, and that’s what the companies are offering.”

Still, the tide toward electric vehicles continues to slowly rise around the world, and activist Bill McKibben said that puts the Trump administration effectively “alone” in wanting the new standards. “Even the auto industry realizes they don’t really want to go back to the bad old days, and most Americans perceive, if dimly, that their next car or the one after that is going to be electric,” he said. “At the very least they understand that we’re handing the future of a key industry to the Chinese and the German manufacturers with Trump’s idiocy.”

So what happens next? Alson has a prediction: If the Trump administration successfully freezes standards, even for a short time, “there’re going to be lawsuits, no question,” he said.

That eventuality seems especially likely given the circumstances behind the freeze. The EPA itself did not participate in the efforts to roll back the regulations, the details for which instead came from the Department of Transportation. Alson said he and other experts from the EPA were not even allowed to consult on the changes.

“For 18 months, they refused to have a single technical working meeting, and from a process standpoint that’s just indefensible,” he said. “The taxpayers were paying people like me to use my expertise, and the Department of Transportation—which doesn’t even have a lab that can test for fuel economy or greenhouse gas emissions—said ‘we are doing it our own way.’ That’s the most dishonest technical analysis I’ve seen in my 40 years. They basically cooked the books.”

And in the process, experts warn, they might be helping to cook the planet.

The EPA plans to finalize its new rules by March 2019. No further public hearings on the matter are planned, and the public comment period ends October 26.