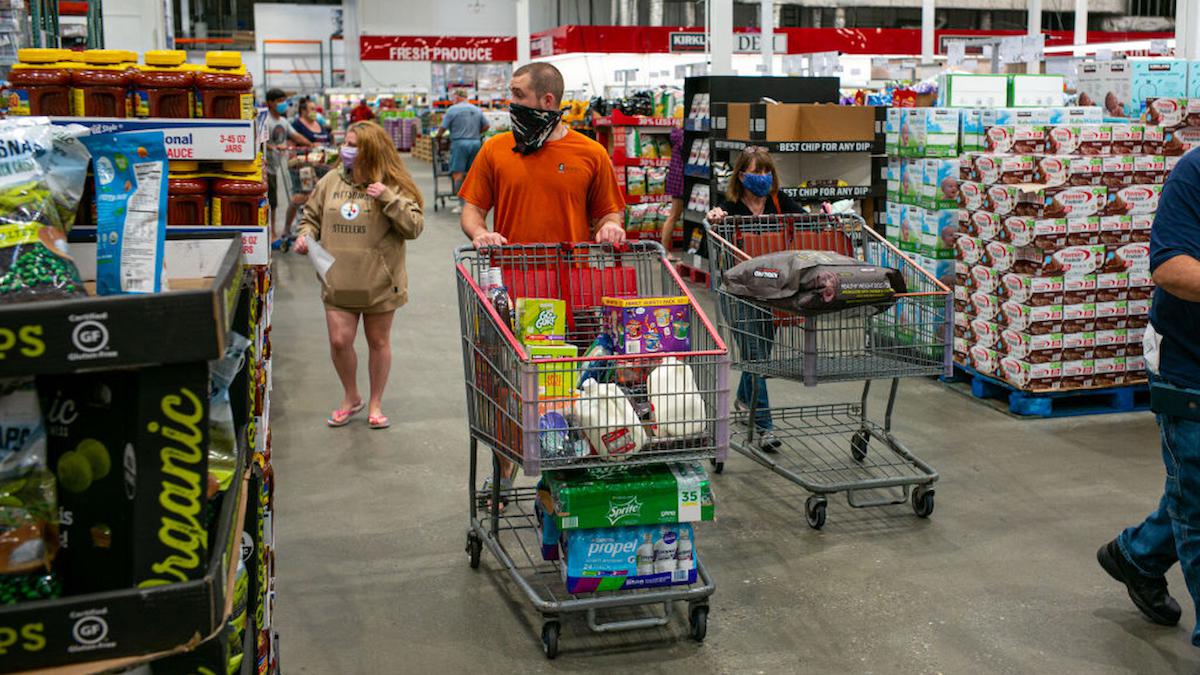 Americans’ grocery bills reflect only a third of a true cost of food, according to a new report, which evaluated factors including healthcare costs, spending associated with biodiversity loss, and the direct environmental impacts of farming and ranching to determine that the U.S. spends at least $3.2 trillion on food each year.

Officially the cost is believed to be $1.1 trillion, but as the Rockefeller Foundation explains in its report, True Cost of Food: Measuring What Matters to Transform the U.S. Food System, “our food system rings up immense ‘hidden costs’ from its impact on human health, the environment, and social and economic inequity.” The organization evaluated 14 metrics including air pollution, food insecurity, antimicrobial resistance driven by the widespread use of antibiotics in farming, and greenhouse gas emissions and found that “externalized costs” amounting to at least $2.1 trillion annually are being incurred by consumers, producers, and future generations.

“Don’t think we’re getting a good deal here,” the organization said in a video posted to social media. “We’re actually getting squeezed. Society pays that balance not out of our pockets but through other means like rising healthcare costs, effects of climate change, and food workers who are often underpaid and undervalued.”

? The true cost of the US food system = what we pay at the grocery store… ?
+ all the hidden costs of its impact on the
+ environment
+ economy
+ health
+ biodiversity
+ livelihoods

“Americans pay that high cost even if consumers don’t see it in the checkout line,” reads the report. “And, if we don’t change our food system, future generations will pay those high costs, too.” The report identifies human health impacts as the biggest hidden cost in the food system, amounting to $1.1 trillion per year, including $604 billion that’s “attributable to healthcare costs related to diet-related diseases such hypertension, cancer, and diabetes.”

“The additional costs are impacts from healthcare costs from workplace injuries, food insecurity and pollution, and additional costs attributable to obesity,” reads the report. Many health-related costs of the food system would be eliminated through a concerted effort by policymakers to expand access to healthy food for all Americans, business incentives, infrastructure investment, and other reforms, the report says. “Clinicians should be demanding a transformation of our food system,” tweeted Dr. Gaurab Basu, co-director of the Center for Health Equity Education and Advocacy.

“If diet-related disease prevalence rates were reduced to be comparable to countries such as Canada,” says the Rockefeller Foundation, “healthcare costs could be reduced by close to $250 billion per year.” The report identifies nearly $900 billion in annual costs associated with environmental impacts and the loss of biodiversity, largely attributed to greenhouse gas emissions and land use. $350 billion is spent annually on costs associated with emissions and $455 billion is spent each year due to biodiversity loss, with spending largely attributed to the impact of soil pollution and runoff. Close to $100 billion in spending could be eliminated each year if the U.S. reduces carbon emissions from the agricultural sector to comply with the push to limit the heating of the planet to 1.5°C.

“This is the potential of true cost accounting,” the report says. Devon Klatell, managing director of the Rockefeller Foundation’s Food Initiative, said the report points to “an immense opportunity to invest in the food system so that it brings future returns while serving both people and the planet.”

“Understanding the true cost of food can help us make better decisions about the systems and policies that affect what ends up on our plates,” said Klatell.