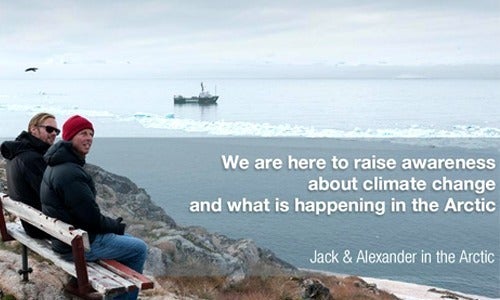 It seems like everybody is going to the Arctic these days to talk about climate change. First, President Obama a few weeks ago. Now, True Blood star Alexander Skarsgard and 30 Rock’s Jack McBrayer. And it makes sense.

The Arctic has warmed twice as fast as the rest of the globe in the last 50 years. And the signs of that warming are everywhere. Just yesterday, it was announced that Arctic sea ice was at its fourth lowest level on record. And last week, NASA put out a video explaining why we should all be concerned about Greenland’s melting ice sheet. Rapidly melting glaciers, an insane fire season and increasing swarms of caribou-killing mosquitos all show that Alaska and the rest of the Arctic are, in the President’s words, “On the frontlines in the fight against climate change.”

While Obama chose to visit Alaska, Skarsgard and McBrayer along with Andy Bichlbaum from the activist duo The Yes Men are currently sailing around Greenland. They are hoping to bring awareness about the urgent need to act on climate change. They’re aboard the Greenpeace ship Arctic Sunrise with a team from the comedy video website Funny or Die to make the first comedy series in the world that’s shot on location in the Arctic Ocean. 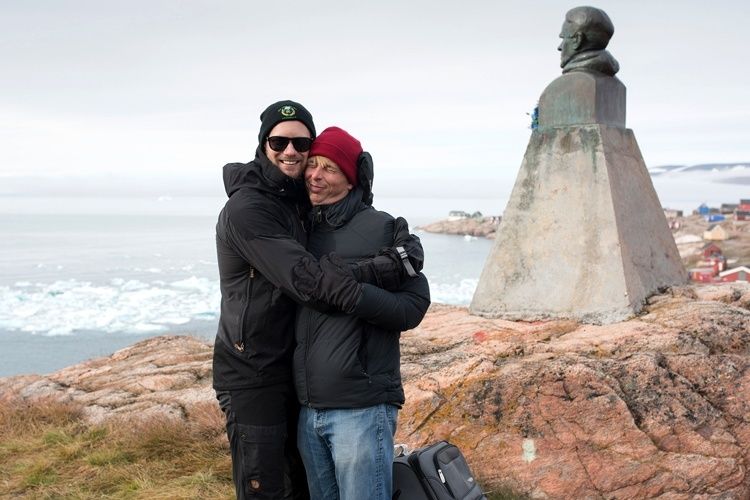 Actors Alexander Skarsgård (left) and Jack McBrayer (right) seem like an unlikely pair, but they are coming together to spread the message about the impacts of climate change. Photo credit: Greenpeace

The project is designed to “increase public awareness of the costs of global warming and build support for Greenpeace’s global ‘Save the Arctic‘ campaign,” according to Greenpeace. The campaign, backed by more than 7 million people, hopes to create a wildlife sanctuary in international waters around the North Pole and to bring about an end to drilling for oil in the Arctic. Greenpeace is releasing daily posts about the expedition, “which show Alex, Jack and Andy discovering the spectacular landscapes and wildlife of the region.”