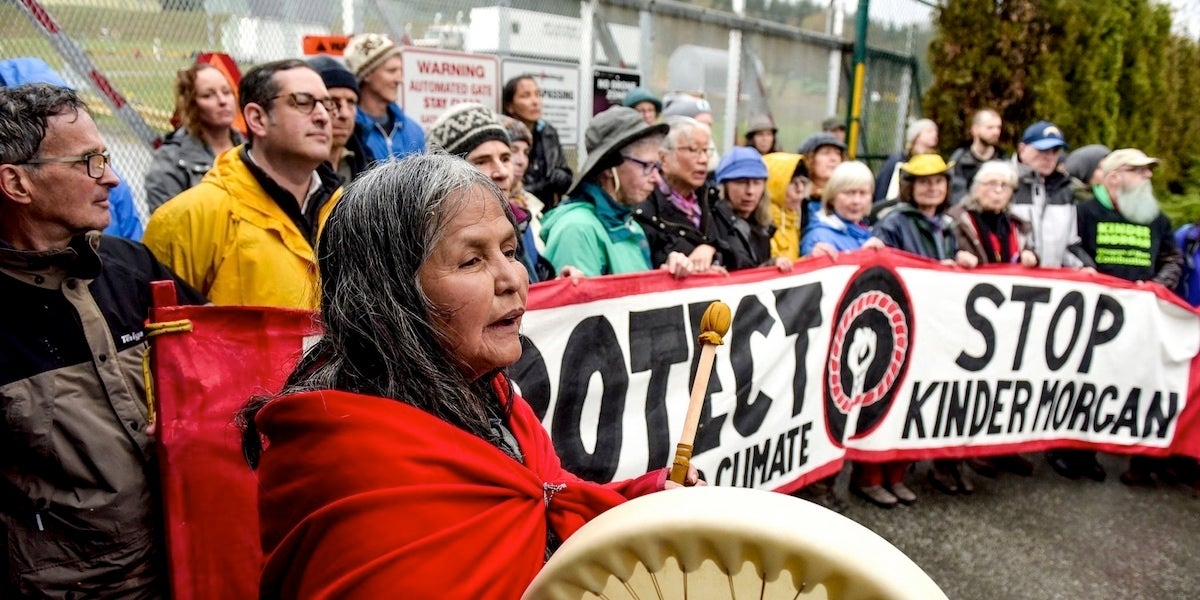 Houston-based developer Kinder Morgan has threatened to scrap the $7.4 billion (USD $5.9 billion) project unless political and legal opposition is resolved by May 31. The energy giant’s move came after fierce opposition from environmental activists and Indigenous groups, as well as escalating tension between the Albertan and British Columbian governments.

But after a meeting with the premiers of Alberta and British Columbia on Sunday, Trudeau insisted the project will go ahead.

“The Trans Mountain pipeline expansion is of vital strategic interest to Canada,” he said. “It will be built.”

“I have instructed the minister of finance to initiate formal financial discussions with Kinder Morgan, the result of which will be to remove the uncertainty overhanging the Trans Mountain pipeline expansion project,” Trudeau noted.

Why are major energy projects of vital interest to Canada? Because they’re vital to the people who work hard every day to provide for their families. pic.twitter.com/iIyHbXuPo3

Trudeau added that he is seeking federal jurisdiction over the pipeline “We are actively pursuing legislative options that will assert and reinforce the government of Canada’s jurisdiction in this matter,” he said.

But British Columbia’s Horgan said after the meeting he will continue to fight the pipeline expansion due to the threat of oil spills in the province.

“My obligation is to the people of B.C., and I will defend that until I am no longer premier,” Horgan said Sunday.

However, he said he will back down if the court rules against his government, the Globe and Mail reported.

The interests of British Columbians — and all Canadians — should come before those in Texas boardrooms. I will continue to fight to defend BC jobs, our economy and environment – now, and for future generations. #bcpoli

In a statement from the Protect the Inlet initiative, the Indigenous-led group reminds the federal government that Kinder Morgan’s project does not have their consent.

“The Prime Minister is saying they are in negotiations with Kinder Morgan to ensure an end to uncertainty. What he is ignoring is that we are the uncertainty. We will not be bought and we will block this pipeline,” Will George, Watch House guardian and project leader, said.

Greenpeace Canada‘s climate and energy campaigner Mike Hudema also commented, “If Trudeau believes he can ram this pipeline through, he is misreading both the constitution and the electorate, while underestimating the opposition on the ground.”

“Bailing out failing projects, strong-arming Indigenous communities by ignoring their right to consent, and bypassing calls for science-based decision making are ways to create a crisis, not solve one,” he said.

Kinder Morgan told Reuters it would not comment on Trudeau’s remarks “until we’ve reached a sufficiently definitive agreement on or before May 31 that satisfies our objectives.”