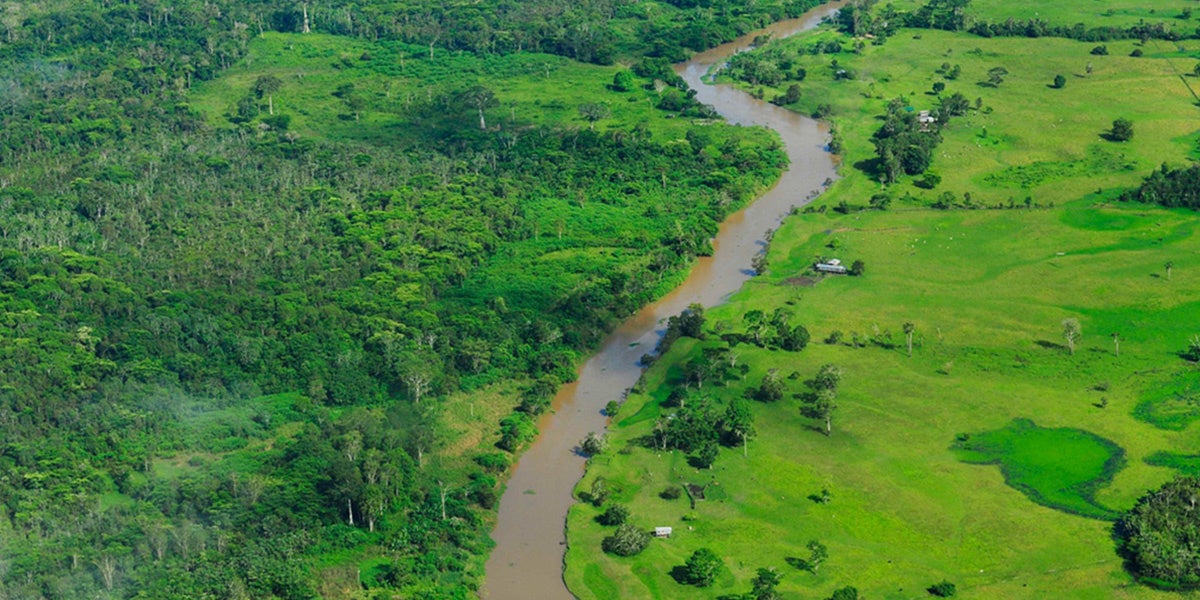 Tropical tree cover decreased by an area the size of Bangladesh—a total of 39 million acres. That amounts to 40 football fields worth of trees cut every minute of last year in a devastating blow to biodiversity and the global climate.

Despite conservation efforts, 2017 was only slightly less devastating for tropical rainforests than 2016, according to the World Resources Institute (WRI), which runs GFW.

“This is truly an urgent issue that should be getting more attention,” WRI senior fellow Frances Seymour told The Guardian. “We are trying to put out a house fire with a teaspoon.”

Part of the loss is due to a nasty climate change feedback loop. Forests are an important carbon sink, and deforestation contributes as much carbon dioxide to the atmosphere as the U.S., according the The Guardian. This drives global warming that makes wildfires and storms more common and severe, partly contributing to more tree cover loss. For example, 2017’s devastating hurricanes cost the island of Dominica 32 percent of its tree cover and Puerto Rico 10 percent, according to GFW.

But most of last year’s loss was more directly human caused.

“The main reason tropical forests are disappearing is not a mystery—vast areas continue to be cleared for soy, beef, palm oil, timber, and other globally traded commodities,” Seymour told The Guardian.

Brazil had the dubious honor of leading the world’s countries in 2017 tree cover loss, mostly due to fires set to clear land. Brazil saw an important decline in tree cover loss beginning in 2005, but it spiked again to the highest it’s ever been in 2016 and only fell slightly this year. This is partly due to political instability, lack of enforcement and a government that has rolled back environmental protections, according to GFW.

“What we are seeing today is the backlash,” Carlos Nobre at the University of São Paulo, Brazil told The Guardian.

Also in the Amazonian region, Colombia saw a 46 percent spike in tree cover loss after the Revolutionary Armed Forces of Colombia (FARC) were pushed out of forested areas, leading aspiring farmers and miners to race to clear and develop the previously inaccessible land.

In Africa, the Democratic Republic of Congo (DRC) broke its record for tree cover loss in 2017, mostly due to agriculture, logging and charcoal production.

The one bright spot was Indonesia, which saw an overall decline in tree cover lost and a 60 percent drop in the loss of primary forest. Part of this is due to a national moratorium on peat drainage that went into effect in 2016, GFW said.