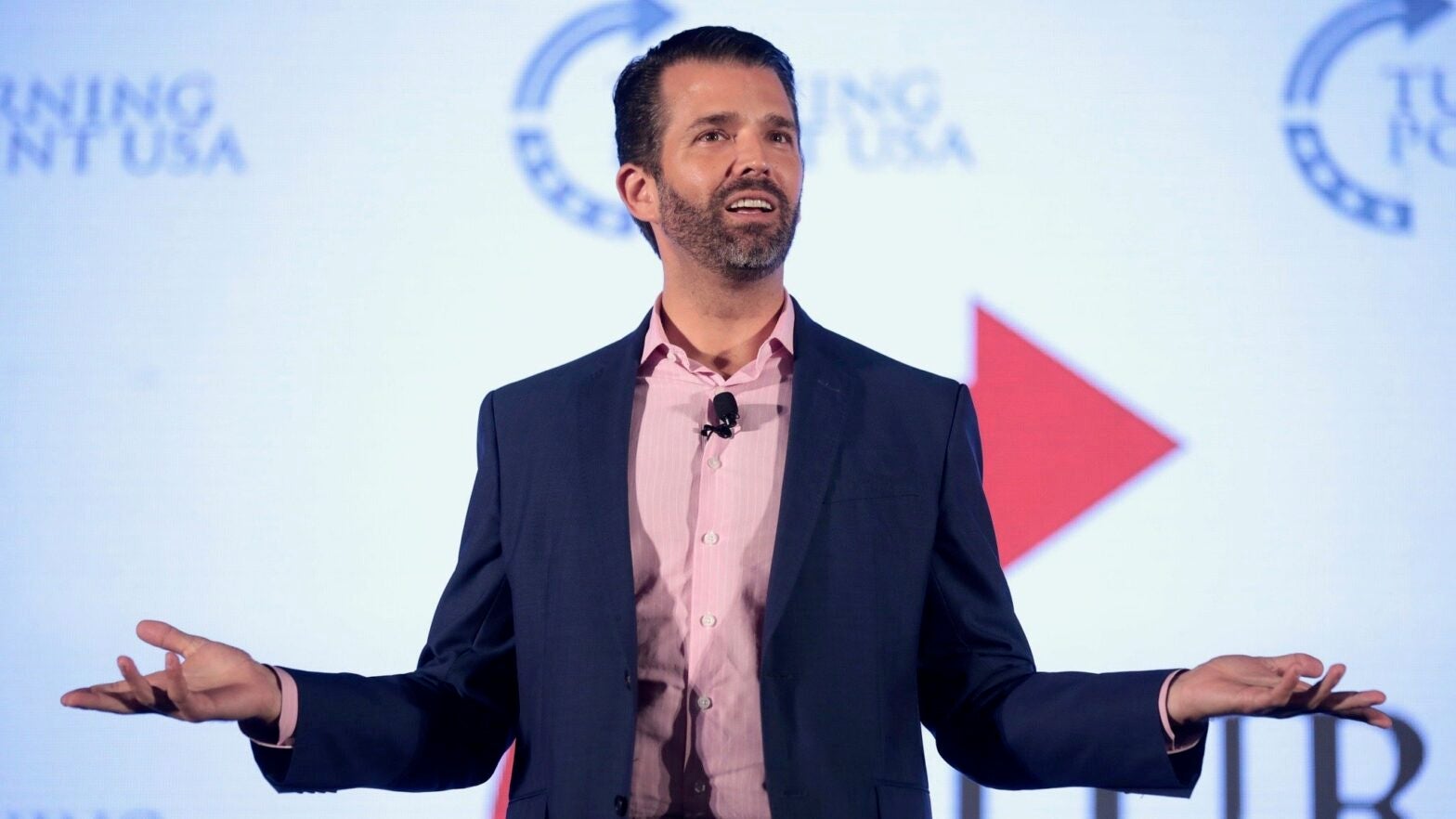 A national hunting group is under fire from animal rights groups for auctioning off the opportunity to spend a week in close quarters with Donald Trump Jr. in Alaska for a luxury “dream hunt” of Sitka black-tailed deer.

The Safari Club International (SCI) will auction the trip at its annual convention. Bidding currently stands at $10,000.

“This annual event is the largest meeting in the world of people who celebrate the senseless killing, buying, and selling of dead animals for bragging rights,” Humane Society president and CEO Kitty Block told The Guardian Tuesday. “As our planet suffers an extinction crisis, it is business as usual for the trophy hunting industry and SCI, who continue to revel in spending millions of dollars every year to destroy imperiled wildlife.”

According to The Guardian:

The four-day event organized by Safari Club International (SCI) and advertised as a “hunters’ heaven,” will culminate on Saturday with an auction for a week-long Sitka black-tailed deer hunt in Alaska with Trump Jr, his son, and a guide. At the time of writing, bidding for the yacht-based expedition stands at ,000 (£7,685).

Other prizes include the chance to shoot an elephant on a 14-day trip in Namibia, an all-inclusive hunt package to Zimbabwe to kill buffalo, giraffe and wildebeest, and a 10-day crocodile hunting expedition in South Africa. The proceeds from the auction, which campaigners say could exceed m, will fund SCI’s “hunter advocacy and wildlife conservation efforts,” according to the organization.

Trump Jr.’s presence at the event led Beach Boys co-founder Brian Wilson and member Al Jardine to call on their former bandmates to pull out of a scheduled appearance at the conference.

“This organization supports trophy hunting, which both Al and I are emphatically opposed to,” tweeted Wilson, linking to a petition against the performance.

This organization supports trophy hunting, which Both Al and I are emphatically opposed to. There’s nothing we can do personally to stop the show, so please join us in signing the petition at https://t.co/vOUtJDq6t2

The president’s son will deliver a keynote address to the convention, a move that Independent reporter Chris Riotta noted was a bit on the nose for SCI, a group that claims to be concerned with conservation and protection.

As Common Dreams reported, Trump Jr. was criticized in December over a hunt he took part in Mongolia where he killed an endangered sheep but was granted retroactive permission after a private meeting with the country’s president.