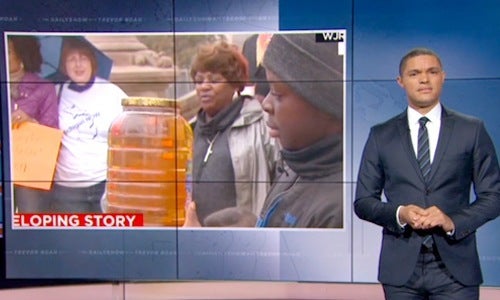 Last night on The Daily Show, Trevor Noah discussed the Porter Ranch methane gas leak, which has become the single biggest climate polluter in California. Noah ripped into SoCalGas, the owner of the natural gas plant, for the way it has handled the situation.

Noah also addressed the Flint, Michigan water crisis, where researchers discovered toxic levels of lead in the city’s drinking water after city officials changed its water supply from Lake Huron to the Flint River in order to cut costs.