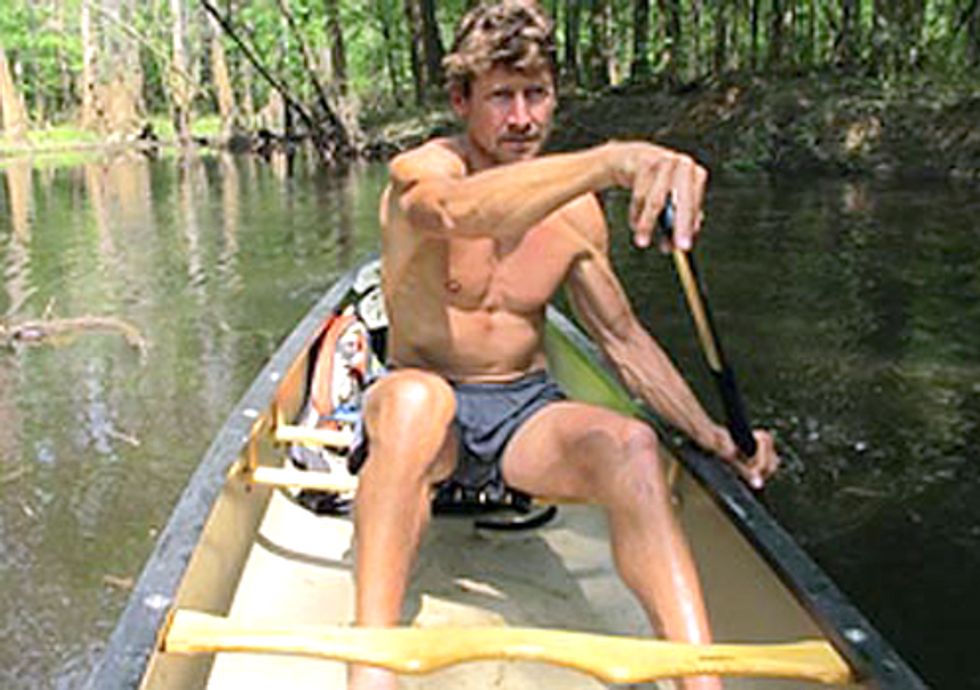 “My conclusion is pretty simple,” Davis said, looking back on the TrekEast campaign. “Connecting a continental-scale wildlife corridor in the East is essential.” Davis and his colleagues at the nonprofit Wildlands Network call such a corridor the Eastern Wildway. “We must act now to protect and restore connected habitat in at least 16 key locations throughout the Eastern Wildway if we are to sustain a healthy future habitat for wildlife and clean air and water for our children,” Davis says.

Based on his observations of the spectacular wildlife, wild places and the threats they face during his unprecedented 7,600-mile TrekEast exploration in 2011, Davis has identified what he calls the Essential Sixteen eastern wildlife habitats that must be protected to save key species from future extinction.

“We need to address the impacts of highway and private land development that are blocking wide-ranging animals from following their traditional movement pathways, reducing their ability to find mates and food or respond to climate change,” warns Davis. “I’ve concluded that the only way to mitigate the problem may be through the establishment of an international conservation corridor protection mechanism that would offer land managers and communities incentives to keep wildlife pathways open.”

The adventurer’s Essential 16 habitats list includes locations throughout the East, anchored by the last stronghold of the panther in south Florida, where development along the Caloosahatchee River and high road density is blocking panthers from recolonizing northward. The northernmost essential habitat in Davis’ list is located in Quebec’s Gaspe Peninsula, where development threatens to block the eons-old wildlife pathway between Gaspesie National Park in the interior and Forillon Park on the coast.

Davis notes that he and his colleagues are in the process of creating an Eastern Wildway Network of conservation partners that can collaborate to promote protection of the Essential Sixteen wildlife habitats, and are also planning for a similar “TrekWest” campaign from Mexico to Canada in 2013 that would seek to identify equally essential habitats throughout the West’s most iconic landscapes.