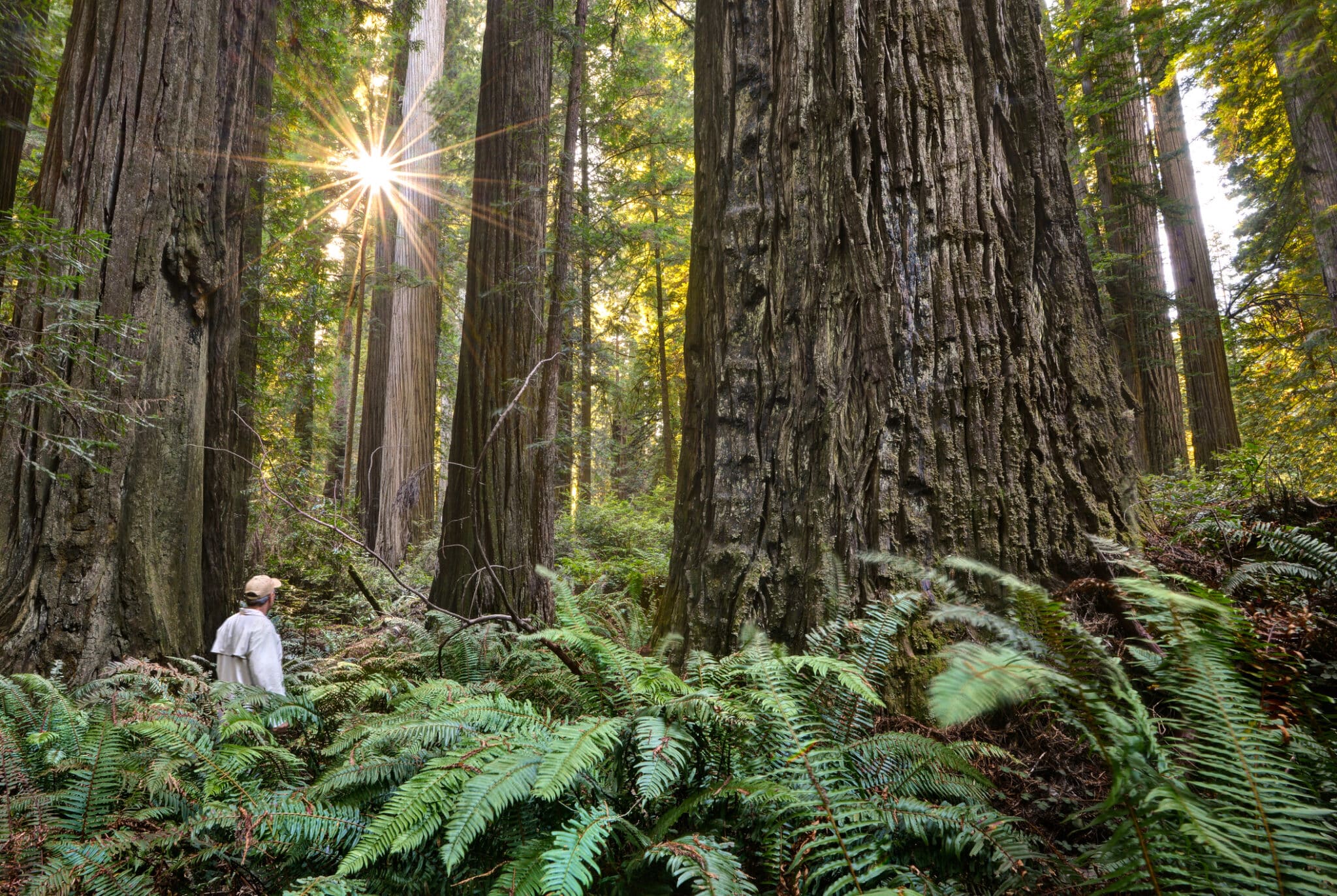 Tree growth is as much a response to the environment as it is to the genetic make-up of the tree. Water, carbon dioxide, sun and minerals from the air and ground are a tree’s food — it uses them to produce sugars, which cause it to grow. The increase in carbon dioxide in the atmosphere from human activities has been causing the rate of photosynthesis in trees and plants to increase, leading them to grow bigger and fatter.

According to the Arbor Day Foundation, a full-grown tree will absorb more than 48 pounds of carbon dioxide in one year, releasing oxygen in exchange.

New research led by Eric Davis, a Ph.D. graduate of Ohio State University’s agricultural, environmental and development economics program, shows how much bulkier trees have been getting on the abundance of excess carbon, reported Ohio State News.

The study, “The effect of carbon fertilization on naturally regenerated and planted U.S. forests,” was published in the journal Nature Communications.

The researchers found that the biomass, or wood volume, of forests in the U.S. has increased due to higher levels of carbon dioxide in the atmosphere, Ohio State News reported.

In ten individual temperate forest groups across the U.S., the researchers found a consistent increase in biomass due to elevated carbon levels. The results showed that trees are protecting the planet’s ecosystems from global heating impacts by absorbing carbon at a higher rate as they grow more quickly.

“Forests are taking carbon out of the atmosphere at a rate of about 13% of our gross emissions,” said Brent Sohngen, professor of environmental and resource economics at The Ohio State University, who was co-author of the study, as reported by Ohio State News. “While we’re putting billions of tonnes of carbon dioxide into the atmosphere, we’re actually taking much of it out just by letting our forests grow.”

The process, called carbon fertilization, happens when an inundation of carbon causes the rate of photosynthesis in the plant to increase.

“It’s well known that when you put a ton of carbon dioxide in the atmosphere, it doesn’t stay up there forever,” said Sohngen, as Earth.com reported. “A massive amount of it falls into the oceans, while the rest of it is taken up by trees and wetlands and those kinds of areas.”

U.S. forests have sequestered about 772-882 million tons of carbon dioxide every year for the past 20 years, reported Ohio State News. According to the study, that’s about ten to eleven percent of the total carbon emissions for the country.

High carbon levels don’t have harmful effects for trees like they do for other living beings and natural processes, like causing ocean acidification and increasing global temperatures.

Trees are about 20 to 30 percent bigger than they were 30 years ago, and Sohngen said the added growth is basically equal to an extra tree ring. This is substantial considering the size of trees in the Coast Redwood forests, where an increase in volume equals much more carbon storage for forests.

Sohngen said that, because carbon dioxide mixes almost uniformly in the atmosphere, the amount is the same almost everywhere on the planet.

The research team used historical U.S. Forest Service Forest Inventory and Analysis Program data from 1970 to 2015 to assess whether carbon dioxide was the reason for bulkier trees. They found a marked increase in trees’ biomass that correlated with a decided increase in carbon emissions.

The researchers found that planted trees and natural trees responded the same way to the rise in carbon dioxide levels.

They also discovered that older trees continue to get bigger because of the extra carbon in the atmosphere.

“Carbon fertilization certainly makes it cheaper to plant trees, avoid deforestation, or do other activities related to trying to enhance the carbon sink in forests,” said Sohngen, as Ohio State News reported. “We should be planting more trees and preserving older ones, because at the end of the day they’re probably our best bet for mitigating climate change.”

Arctic Carbon Transportation Route Discovered by Scientists
In the Arctic, a previously unknown carbon transportation route has
By Cristen Hemingway Jaynes
G20 Recommits to 1.5 Goal in Last Week of COP27
The G20 is a coalition of 19 countries and the
By Olivia Rosane
Why Fixing Methane Leaks From the Oil and Gas Industry Can Be a Climate Game Changer That Pays for Itself
By Jim Krane
By The Conversation