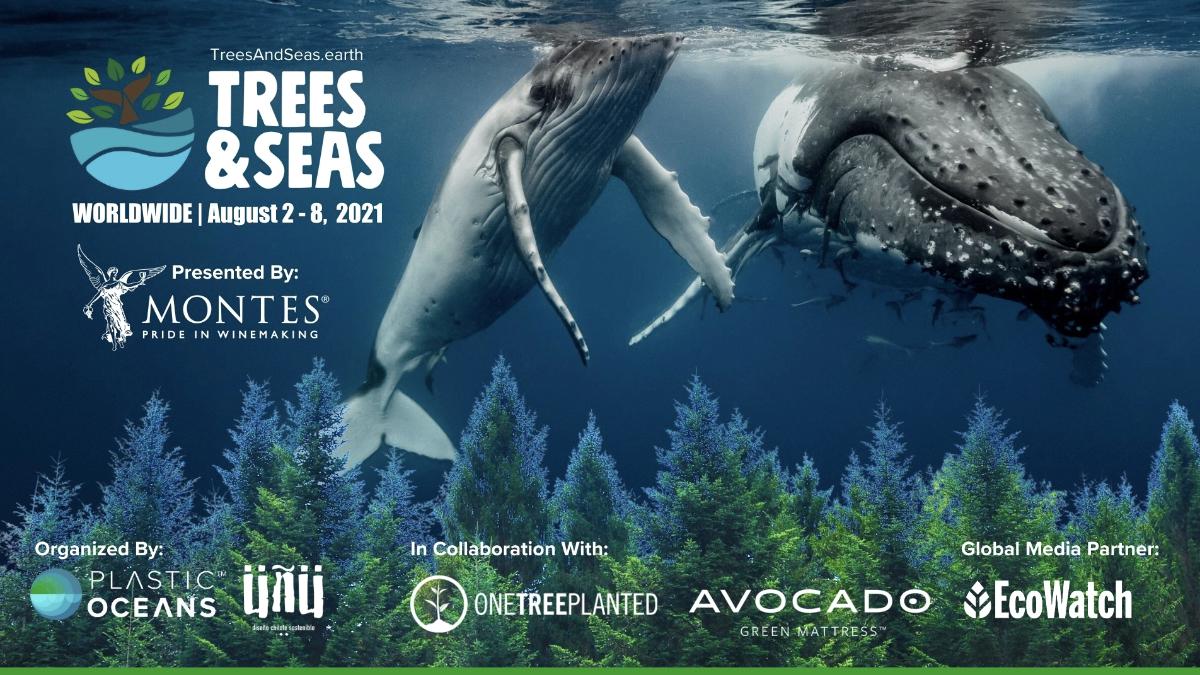 The first-ever Trees & Seas event is one month away, and momentum continues to build for this unique celebration of the connection between forest and ocean conservation.

The event, a collaboration between lifestyle brand ÜÑÜ and Plastic Oceans International for which EcoWatch is serving as Global Media Partner, has gained both a new sponsor and a new location as its launch approaches.

“We are pleased that the Trees & Seas footprint continues to expand. It’s been a very organic process,” Plastic Oceans International Chief Operating Officer Tod Hardin told EcoWatch in an email. “Word of mouth is spreading and the message is connecting with like-minded organizations around the world, as it is with individuals who want to participate within their communities. We’ll soon announce details, but we just added an event location in Japan, which now means we have nearly 30 event locations on five continents.”

While Trees & Seas events will take place around the world between Aug. 2 and 8, the hub for the festival will be Chiloé Island, Chile, which is why it’s especially appropriate that Chilean wine brand Montes Wines has signed on as presenting sponsor.

Montes, which announced its sponsorship June 18, is known for producing high-quality wines using sustainable practices. It has been in business for more than 30 years and sells its wines in more than 100 countries.

“It is an honor for us to be part of this important festival. Sustainability is and has always been part of our DNA,” Montes Wines founding partner Aurelio Montes said in the announcement. “We truly believe that there is much to be done and it is in the hands of each person, company and nation to become aware and act. In Montes we are definitely doing it. We hope that this festival, to be centered in Chiloé, a place to which we have immense affection for, will be the beginning of a long and deep alliance with Plastic Oceans International.”

In addition to gaining sponsors, the event is growing in other ways as organizers on the ground prepare to make it a success.

Plastic Oceans International, for example, announced the first of more than 60,000 planned tree-plantings for the event June 24.

Beyond Chile, plans are solidifying in locations around the world.

One of those is Mexico, where Plastic Oceans is working with the Ministry for the Environment of Mexico City and organizations Pronatura, Ectágono, Pakaraima and the Cambio collective to plant more than 25,000 trees in ravines and along rivers in Mexico City. Further, partners are planning events in other locations around the country, including mangrove restoration, beach clean-ups and informational talks.

“We’re very excited to be working with these brilliant organizations, these are people that create real change in the ecosystems around our country on a daily basis and it is beautiful to see how they’ve joined the festival in such a proactive and enthusiastic manner,” Plastic Oceans Mexico Executive Director Salvador Ávila told EcoWatch in an email. “From the capital to the Mayan coastline, these organizations spearhead nationwide transformation in Mexico.”