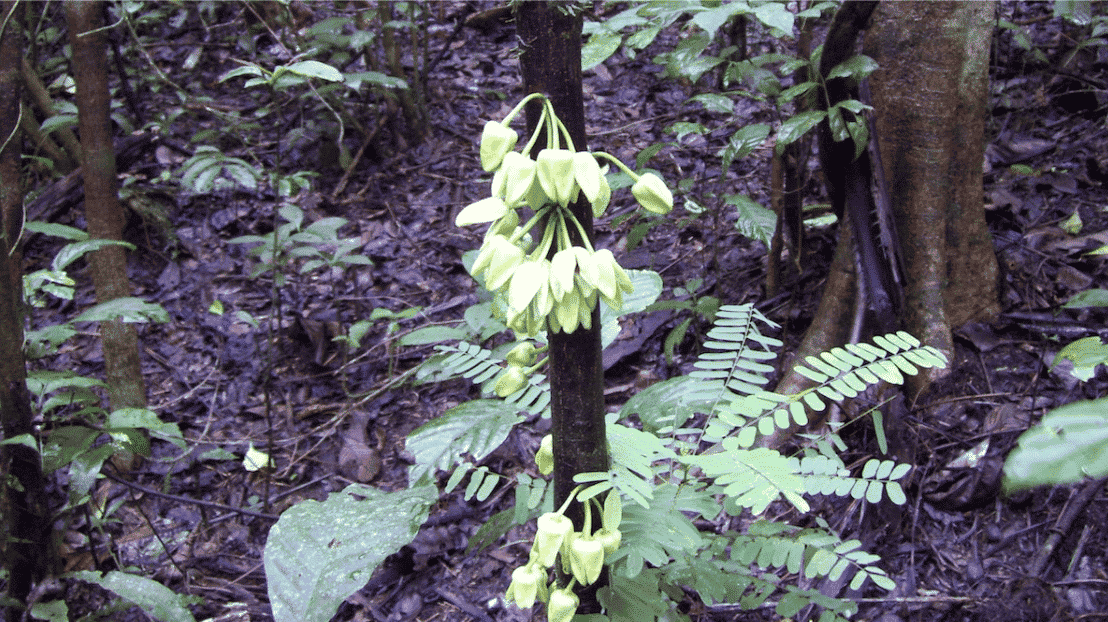 Adding to his Academy and Golden Globe Awards, Leonardo DiCaprio now has a new crowning achievement to be proud of — a tree species that bears his name. Scientists at the Royal Botanic Gardens, Kew in the UK have decided to name a newly discovered tree after the actor in gratitude for his efforts to prevent deforestation of the Ebo Forest.

The tree, now officially named Uvariopsis dicaprio, grows in the Ebo Forest, a mostly untouched rainforest in Cameroon, Africa. The forest is home to a range of different animals and plants, including threatened gorillas and forest elephants.

But recently, the government made plans to start logging parts of Ebo Forest. Scientists and conservationists worried about the plans and wrote a letter to the government outlining the importance of the forest and its biodiversity. DiCaprio caught wind of the situation, and generated more awareness by sharing the dilemma on his social media accounts.

“Cameroon’s Ebo Forest, and all of the incredible animals that live there, are in trouble. This includes Forest Elephants, Gorillas, Chimpanzees, and so many others. Let’s help #SaveEboForest,” DiCaprio said on an Instagram post in August 2020, accompanying the caption with a link to a petition for followers to sign to help save the rainforest. DiCaprio posted several other related posts about conserving the Ebo Forest.

Ultimately, the government backed down and ended its plans to deforest parts of Ebo Forest, although the area has yet to earn official designation as a national park, which would provide further protection.

Still, scientists are grateful to DiCaprio for using his massive platform to spread the campaign further and helping to preserve the rainforest. In dedication to the star’s efforts, the Kew scientists decided to name a tree after him. The naming was officially published in PeerJ this week.

The Uvariopsis dicaprio is a critically endangered tree that is part of the ylang-ylang family. It is small, about 4 meters in height, and grows yellow flowers out of its trunk. It is the first newly discovered plant to be named by Kew scientists so far this year, although the experts are rushing to find, name and conserve currently undiscovered plants in 2022. That’s because plants that are identified and given scientific names are easier to assess for extinction threats and preserve.

“There are still thousands of plant species and maybe millions of fungal species out there that we don’t know about,” Martin Cheek, a scientist at Royal Botanic Gardens, Kew, told BBC. “This natural habitat that they’re growing in – especially forests, but other habitats too, is increasingly and more rapidly being destroyed by us humans without knowing what’s there.”