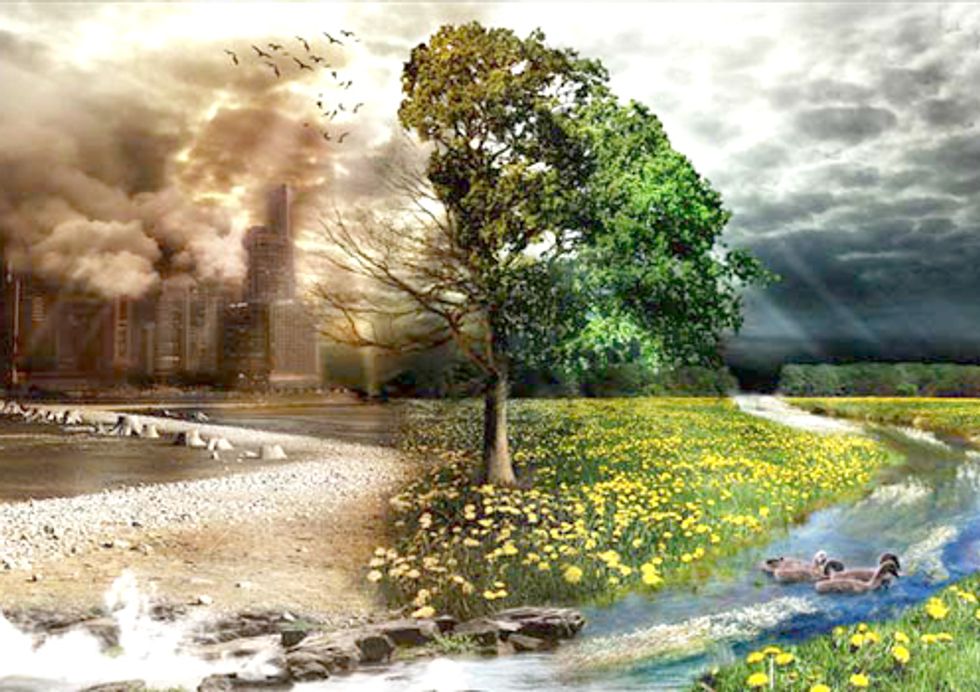 As global unemployment continues to rise and job opportunities remain scarce, especially for youth, the creation of a green economy might hold the answers to addressing some of today’s most critical challenges. Global unemployment reached an estimated 205 million in 2010, up from 177 million in 2007, according to the Worldwatch Institute’s recently released report, State of the World 2012: Moving Toward Sustainable Prosperity. The report highlights the need for a green economy to address current social and economic woes.

The Earth’s ability to absorb waste and pollution is increasingly challenged by the rise in resource consumption and the corresponding throughput of energy and materials. Stress on ecosystems is evident in many ways, from species loss and deforestation to the overuse and pollution of critical resources like water. A study published in Nature estimates that, by 2009, nine critical environmental thresholds either had already been crossed or were on track to be, pushing beyond the planetary boundaries upon which all life depends.

Critical environmental issues are too often pushed aside in pursuit of short-sighted economic goals. But to effectively address the ongoing economic crisis, environmental concerns must take center stage. By transitioning to a green economy that values both development and sustainability, societies can work to simultaneously alleviate the economic, environmental and social concerns that threaten stability. Both industrialized and developing countries must play a role in—and benefit from—the move toward a green economy and toward sustainable prosperity that meets the needs of all people, present and future.

Unlike the conventional pattern of economic competition that produces winner and losers, the quest for a green economy needs to focus on win-win outcomes that render economic activities sustainable everywhere. In relative terms, the poor have to win more in a green economy than the rich do, so as to reduce and eventually overcome the stark differences in claims to the planet’s remaining resources. Environmental sustainability is ultimately impossible without social equity.

Creating stable livelihoods is one of the most important tasks for a sustainable economic system. “Green jobs provide immense opportunity—but unfortunately, jobs that are in accord with environmental needs remain limited,” said Michael Renner, State of the World 2012 project co-director and a senior researcher at Worldwatch. “We need a ‘green for all’ strategy that combines technical and structural change with social empowerment, with new approaches to everything from energy provision and transportation to housing and waste management.”

In Chapter 1 of State of the World 2012, “Making the Green Economy Work for Everybody,” Renner discusses four proposals to achieve sustainability with equity: