Transitioning to a Green Economy Can Bolster Economic Downturn 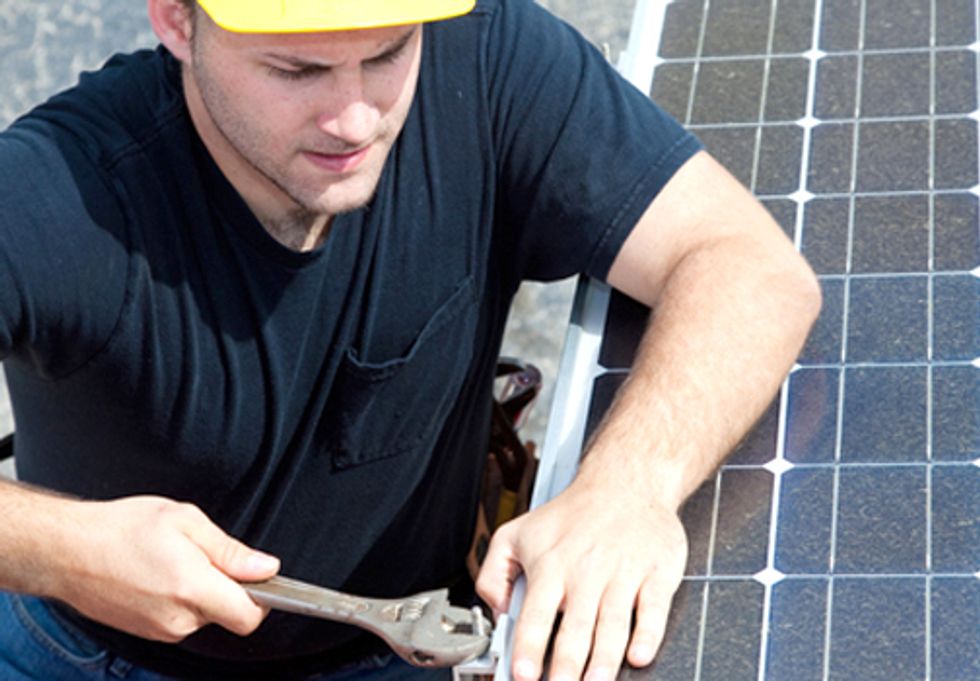 The transformation to a greener economy could generate 15 to 60 million additional jobs globally over the next two decades and lift tens of millions of workers out of poverty, according to a new report led by the Green Jobs Initiative.

The study, Working towards sustainable development: Opportunities for decent work and social inclusion in a green economy, says that these gains will depend on whether the right set of policies are put in place.

The current development model has proven to be inefficient and unsustainable, not only for the environment, but for economies and societies as well," said ILO Director-General Juan Somavia. “We urgently need to move to a sustainable development path with a coherent set of policies with people and the planet at the centre."

“The forthcoming “Rio+20” United Nations conference will be a crucial moment to make sure decent work and social inclusion are integral parts of any future development strategy," he added.

Achim Steiner, executive director of the UN Environment Programme (UNEP), said: “This report comes on the eve of World Environment Day on 5 June under the theme Green Economy: Does it Include You?”

“The findings underline that it can include millions more people in terms of overcoming poverty and delivering improved livelihoods for this and future generations. It is a positive message of opportunity in a troubled world of challenges that we are relaying to capital cities across the globe as leaders prepare and plan for the Rio+20 Summit,” he added.

The report—published almost four years after the first study by the Green Jobs Initiative—looks at the impact that the greening of the economy can have on employment, incomes and sustainable development in general.

At least half of the global workforce—the equivalent of 1.5 billion people—will be affected by the transition to a greener economy. While changes will be felt throughout the economy, eight key sectors are expected to play a central role and be mostly affected: agriculture, forestry, fishing, energy, resource-intensive manufacturing, recycling, building and transport.

Tens of millions of jobs have already been created by this transformation. For example the renewable energy sector now employs close to 5 million workers, more than doubling the number of jobs from 2006-2010. Energy efficiency is another important source of green jobs, particularly in the construction industry, the sector hardest hit by the economic crisis.

In the U.S., three million people are employed in environmental goods and services. In Spain, there are now more than half a-million jobs in this sector.

Net gains in employment in the order of 0.5—2 percent of total employment are possible. In emerging economies and developing countries, the gains are likely to be higher than in industrialized countries, because the former can leapfrog to green technology rather than replace obsolete resource-intensive infrastructure. Brazil has already created just under three million jobs, accounting for some 7 per cent of all formal employment

No gains without the right policies

These good results have one thing in common: the recognition that environmental and socio-economic challenges need to be addressed in a comprehensive and complementary manner.

“Environmental sustainability is not a job killer, as it is sometimes claimed. On the contrary, if properly managed, it can lead to more and better jobs, poverty reduction and social inclusion," said the ILO head.

Other key findings of the report: