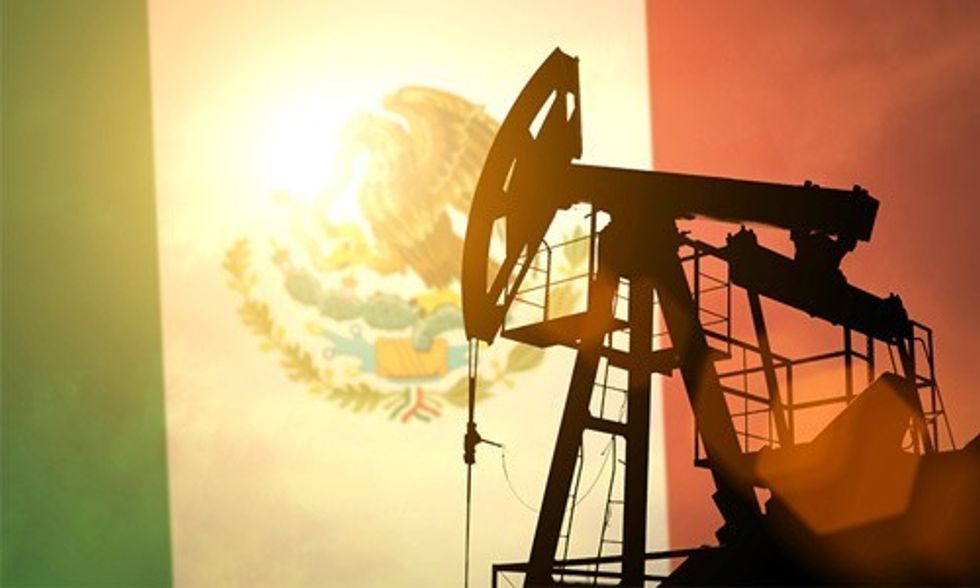 TransCanada, the owner of the recently-nixed northern leg of the Keystone XL tar sands pipeline, has won a bid from Mexico's government to build a 155-mile pipeline carrying gas from hydraulic fracturing in the U.S. to Mexico's electricity grid.

The company has benefited from Mexico's energy sector privatization promoted by the U.S. State Department, the same agency that denied a permit to the U.S.-Canada border-crossing Keystone XL. TransCanada said in a press release that construction on the $500 million line will begin in 2016 and it will be called the Tuxpan-Tula Pipeline.

TransCanada said in a press release that construction on the $500 million line will begin in 2016 and it will be called the Tuxpan-Tula Pipeline. Photo credit: Shutterstock

This is not the first pipeline system TransCanada will oversee in Mexico. The company already owns four other systems, with two operational and two under construction. But it is the first pipeline the company will own during Mexico's energy sector privatization era, a policy in place due to constitutional amendments passed in 2013.

“By 2018, with the Tuxpan-Tula Pipeline, TransCanada will have five major pipeline systems, with approximately US$3 billion invested in Mexico,” TransCanada stated in a press release. “We will continue to pursue additional opportunities for new energy infrastructure projects in Mexico going forward.”

Tuxpan-Tula connects to a series of pipelines originating in Nueces, Texas and eventually crossing the U.S.-Mexico border via the Sur de Texas–Tuxpan gas pipeline, a $3.1 billion project slated to cross underwater through the Gulf of Mexico. The set of pipelines will move gas obtained from fracking in Texas' Eagle Ford Shale to Mexico's electricity grid.

The lines are part of a broader package of 12 gas pipelines and infrastructure projects worth $10 billion planned by the Mexican government, which, if all built, will total more than 3,100 miles of pipelines.

Though the Mexican government publicly denied the U.S. had any involvement in helping to usher in privatization of Mexico's energy sector, as first revealed by DeSmog, it appears the State Department has tracked gas pipeline developments in Mexico closely.

The State Department also published an article about the status of Mexico's energy grid privatization efforts in the July 2015 edition of Overseas Business Insights.

As Bloomberg explained in a Nov. 10 article, Mexico's consumption of U.S. fracked gas will keep the U.S. shale gas industry and fracking afloat during a time of depressed prices on the market.

“That’s the sleeper story,” Richard Ennis, head of natural resources at ING Capital LLC, told Bloomberg. “In Mexico, if you look at how much natural gas they use, it’s tiny. All these new pipelines are going to triple their daily use. It’s pretty dramatic.”

The State Department's push to privatize Mexico's energy and electricity sector and the flooding of Mexico with U.S. shale gas fits under the broader umbrella of its Unconventional Gas Technical Engagement Program, formerly known as the Global Shale Gas Initiative.