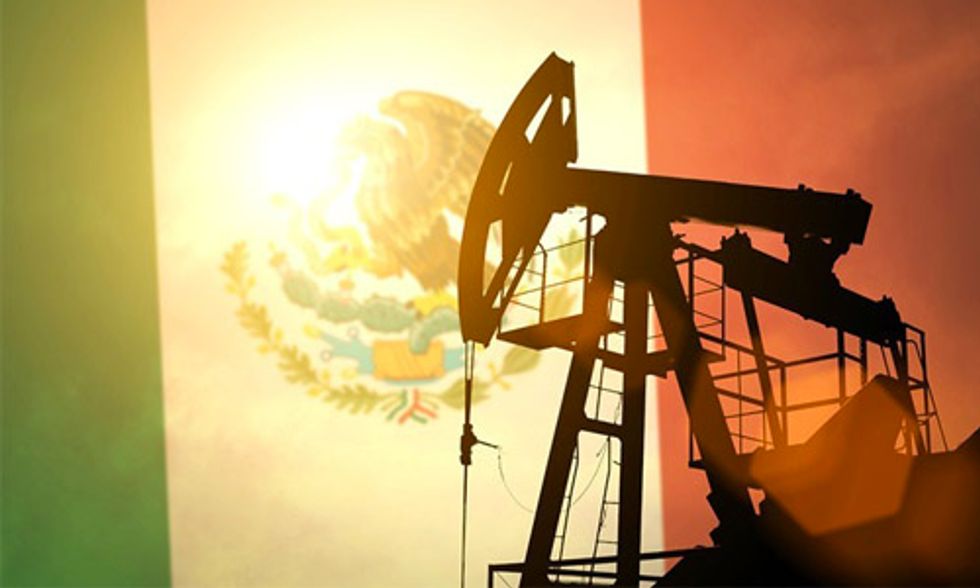 TransCanada, owner of the proposed Keystone XL pipeline currently being contested in federal court and in front of a North American Free Trade Agreement (NAFTA) legal panel, has won a $2.1 billion joint venture bid with Sempra Energy for a pipeline to shuttle gas obtained from fracking in Texas' Eagle Ford Shale basin across the Gulf of Mexico and into Mexico.

The 500-mile long Sur de Texas-Tuxpan pipeline, as reported on previously by DeSmog, is part of an extensive pipeline empire TransCanada is building from the U.S. to Mexico. Photo credit: Shutterstock

The 500-mile long Sur de Texas-Tuxpan pipeline, as reported previously by DeSmog, is part of an extensive pipeline empire TransCanada is building from the U.S. to Mexico. The pipeline network is longer than the currently operating southern leg of the Keystone pipeline (now dubbed the Gulf Coast Pipeline). Unlike Keystone XL, though, these piecemeal pipeline section bid wins have garnered little media attention or scrutiny beyond the business and financial press.

The Sur de Texas-Tuxpan proposed pipeline route avoids the drug cartel violence-laden border city of Matamoros by halting at Brownsville and then going underwater across the U.S.-Mexico border to Tuxpan.

After it navigates the 500-mile long journey, Sur de Texas-Tuxpan will flood Mexico's energy grid with gas under a 25-year service contract. That energy grid, thanks to the efforts of the U.S. State Department under then-Secretary of State and current Democratic Party presumptive presidential nominee Hillary Clinton, has been privatized under constitutional amendments passed in 2013.

TransCanada and Sempra were the only bidders. TransCanada owns the joint venture with Sempra—coined the Infraestructura Marina del Golfo, Spanish for “marine infrastructure of the Gulf”—on a 60-percent basis.

“We are extremely pleased to further our growth plans in Mexico with one of the most important natural gas infrastructure projects for that country's future,” Russ Girling, TransCanada's president and CEO, said in a press release announcing the bid win. “This new project brings our footprint of existing assets and projects in development in Mexico to more than US$5 billion, all underpinned by 25-year agreements with Mexico's state power company.”

David Leiter, a campaign finance bundler for Hillary Clinton's presidential campaign and former chief-of-staff for then-U.S.Senator and current Secretary of State John Kerry, lobbied the White House and the U.S. State Department in 2013 and 2014 on behalf of Sempra Energy on gas exports-related issues.

Because the pipeline is set to carry natural gas, as opposed to oil, it does not need a U.S. State Department permit (though tacit and non-permitted unofficial approval could still prove important). Instead, it seemingly technically requires U.S.Federal Energy Regulatory Commission (FERC) approval, as well as a presidential permit.

It is unclear if Sur de Texas-Tuxpan will require a presidential permit, though, given the precedent set in the Wild Earth Nation, Et Al v. U.S. Department of State and Enbridge Energy case.

Due to the legal precedent set in another related case, Delaware Riverkeeper vs. FERC, oil and gas industry law firm Baker Botts explicitly recommended against utilizing the “segmentation” approach in a January 2015 memo that came out before the Enbridge case ruling.

“Project proponents should be careful to avoid potential 'segmentation' of a project into smaller parts simply to try to avoid a more thorough NEPA review,” wrote Baker Botts attorney Carlos Romo. “Segmentation occurs when closely related and interdependent projects are not adequately considered together in the NEPA process.”

The presidential candidates Clinton and Donald Trump have yet to comment on this pipeline or the topic of U.S.-Mexico cross-border pipelines on the campaign trail. But Financial Times, in an April article, pointed out that even Trump—who has pledged he will build a wall between the U.S. and Mexico—has little to say and will likely do little to halt cross-border lines like Sur de Texas-Tuxpan.

“As long as the wall doesn’t go below ground,” Mark Florian, head of the infrastructure fund at First Reserve and a former Goldman Sachs executive, told FT. “I think we’ll be OK.”

Though still fairly early on in the process, Florian's words have proven true so far.