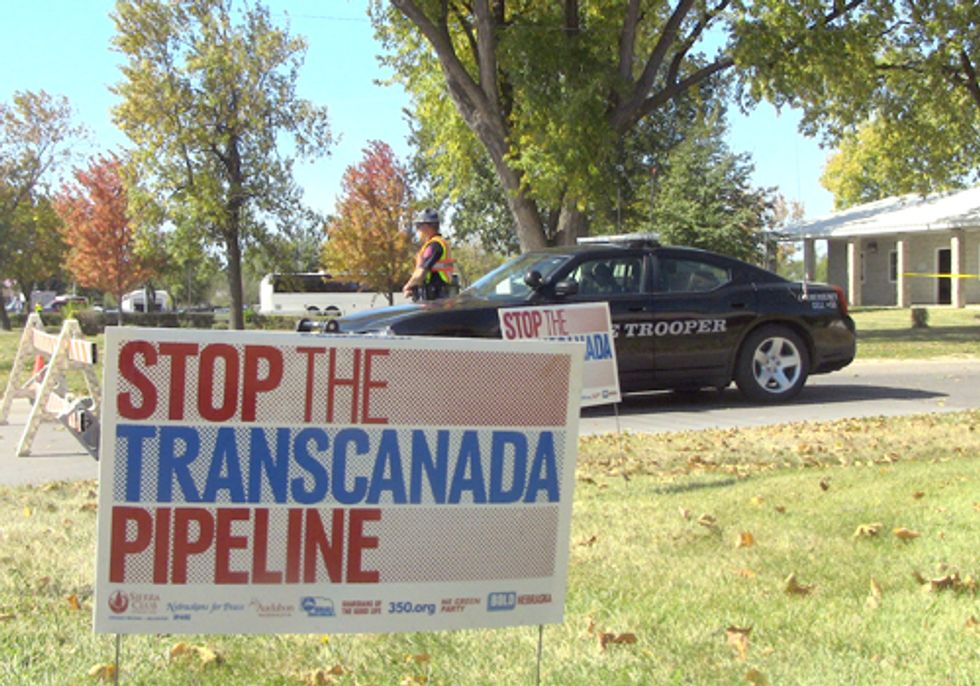 In their attempts to force construction of a massive pipeline to carry tarsands oil through North America—from Alberta to the Gulf Coast—TransCanada has changed key information depending on their audience. With its deep pockets, its “take no prisoners” attitude and its willingness to engage in deceptive tactics, TransCanada has proven itself unfit to build and an unreliable partner for our nation.

“TransCanada has time and again demonstrated that it is unworthy of America’s trust and unfit to construct any pipeline on our soil,” said Bold Nebraska Executive Director Jane Kleeb. “This is a corporation that has misled government officials and the American public, and will continue to do and say whatever it takes to construct their tarsands pipeline—regardless of landowners, property rights and our water supply. America simply cannot afford to entrust our water, health, safety or economic future to a company with TransCanada’s dangerous and deceptive record.”