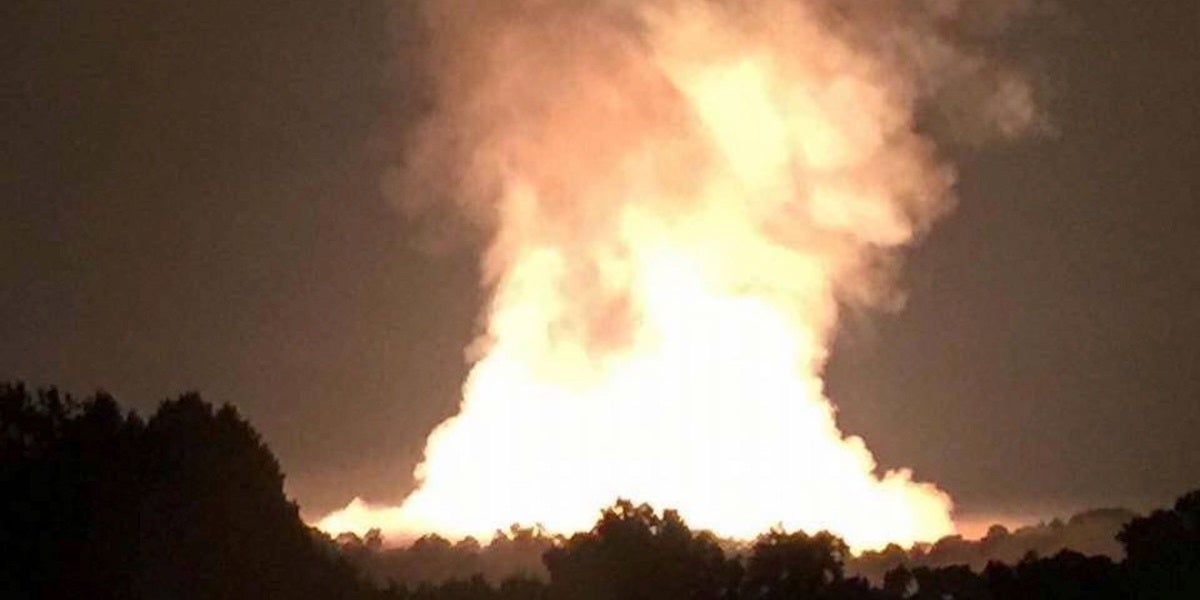 No injuries were reported but flames and smoke from the blast could be seen as far as
20 miles away, residents told local media. Area police told
CBS News the fire was “very large—if you can see it from your house, evacuate.”

“It sounded like a freight train coming through, or a tornado, and the sky lit up bright orange, and then I got up and looked out the window and flames were shooting I don’t know how far into the sky,” Tina Heath-Chaplin, of Moundsville, told
WPXI.

TransCanada—the same company behind the
Keystone pipeline—said the explosion has been contained and an investigation is underway.

“As soon as the issue was identified, emergency response procedures were enacted and the segment of impacted pipeline was isolated. The fire was fully extinguished by approximately 8:30 a.m,” the company
commented Thursday.

“The cause of this issue is not yet known,” TransCanada continued. “The site of the incident has been secured and we are beginning the process of working with applicable regulators to investigate, including the Pipeline and Hazardous Materials Safety Administration.”

This is drone footage from @MarshallCoWVOEM Director Tom Hart says this is at the end of Nixon Ridge near Fish Creek. The explosion left a crater. The DEP estimates 10 acres are affected @WTRF7News pic.twitter.com/QXTOsWBvNg

Russ Girling, TransCanada president and CEO
said at the line opening, “This is truly a best-in-class pipeline and we look forward to many years of safe, reliable, and efficient operation on behalf of our customers.”