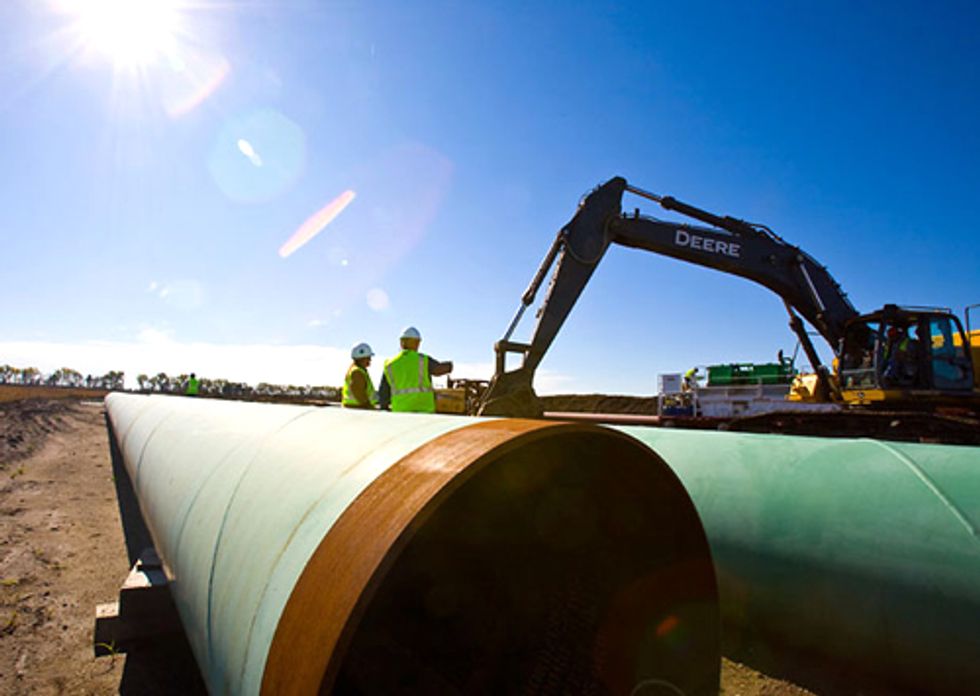 The State Department today confirmed that Canadian pipeline firm TransCanada has submitted its re-application to the department for the transboundary, northern leg of the Keystone XL tar sands oil pipeline from Alberta, Canada to Steele City, Nebraska. Along its path, the pipeline would still cut through the heart of Nebraska’s fragile Sandhills and Ogallala Aquifer, which provides drinking water for 2 million people in the Midwest and supports $20 billion in agriculture.

Friends of the Earth last year uncovered stunning conflicts of interest in the State Department’s handling of the review for Keystone XL. Among other things, the department allowed firm Cardno Entrix to conduct the environmental impacts review for the pipeline despite its ties with TransCanada. State Department officials also showed bias and complicity in allowing TransCanada to drive the review process, as evidenced by email communications between department officials and TransCanada lobbyist Paul Elliott, previously a top Hillary Clinton campaign aide.

Friends of the Earth and Public Citizen Texas broke the news yesterday that TransCanada has furtively moved forward with its permit applications to the Army Corps of Engineers for the southern leg of the Keystone XL, from Cushing, Oklahoma through Texas to the Gulf Coast amid objections from U.S. Environmental Protection Agency (EPA) Region 6. TransCanada’s recent application submission for the southern segment triggers a 45-day deadline by which the Corps must deny the permits, or they are automatically approved by default. The Corps can also approve the permits before the 45 days are over.

President of Friends of the Earth Erich Pica had the following statement:

“It’s time to stop beating around the bush: TransCanada’s behavior, and that of the federal agencies overseeing the review process for the Keystone XL tar sands pipeline, has been nothing short of criminal. TransCanada’s “new” route for the northern leg of the pipeline still crosses the sensitive Sandhills and the Ogallala, threatening our heartland with costly spills. The State Department must drop the contractor Cardno Entrix and start from scratch with a new impacts study of the proposed pipeline.

“And TransCanada’s furtive, opaque handling of its applications for the southern leg of Keystone XL is simply another attempt to pull the wool over the eyes of landowners and citizens who have long said ‘no’ to this dirty and dangerous project. If TransCanada thinks it can cover the fact that its project is a continental carbon bomb, or that it can run rough shod over Americans’ rights to clean water and air by splitting Keystone XL in half, it’s got another thing coming. This is just more evidence that TransCanada is attempting to evade a transparent and thorough review of its pipeline’s likely impacts.

“In March, President Obama unconscionably stood in front of piles of TransCanada pipe and gave his blessing to expedite the southern segment. Pandering to the oil industry and political headwinds with a pro-pipeline photo op is one thing, but encouraging his federal agencies to ram through a project that would ignite catastrophic climate change and leaves Americans on the hook to clean up Big Oil’s mess is another matter."