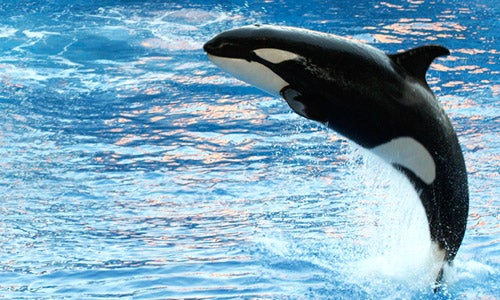 At the beginning of last week, environmentalists celebrated when the largest energy infrastructure company in North America, Kinder Morgan, pulled the plug on its controversial natural gas pipeline which had been proposed through parts of Massachusetts and Southern New Hampshire, called NorthEast Energy Direct.

But the energy giant is pushing ahead with other contentious pipelines, not least its Trans Mountain pipeline that connects the dirty tar sands in Alberta to an oil terminal in Burnaby, in British Colombia. 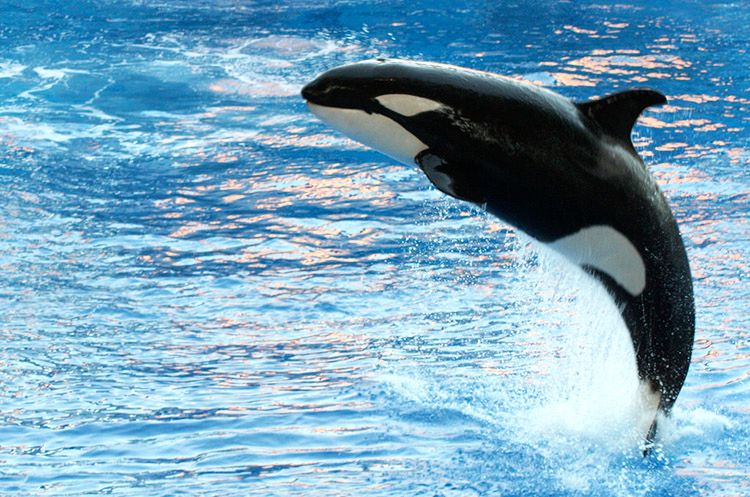 According to Felleman: “This project would be the final harpoon in the population of endangered southern resident killer whales.” Photo credit: Ed Schipul

From here the tar sands is transported by tanker via the ecologically sensitive Salish Sea, which is a crucial habitat for endangered killer whales.

And now a new report by Friends of the Earth, Tar Sands/Dilbit Crude Oil Movements Within the Salish Sea, focuses on these movements of tar sands, which have been diluted with lighter volatile products to enable it to be shipped as “dilbit” or diluted bitumen.

The report focuses on the poorly publicized proposal to triple the Trans Mountain pipeline, which would result in an increased capacity to ship dilbit crude from Burnaby in British Colombia via the Salish Sea from 300,000 bbls/day to 890,000 bbls/day.

In turn this would result in a 7-fold increase in tanker traffic transiting through the Salish Sea, which is not just an important habitat for endangered killer whales, but is also home to 37 species of mammals, 172 species of birds, 247 species of fish and more than 3,000 species of invertebrates—approximately 113 of which are either listed as threatened or endangered in Canada and the U.S.

The report concludes the number of dilbit carrying oil tankers would increase from approximately one per week to one per day, significantly increasing the amount of oil being transported through the sea. 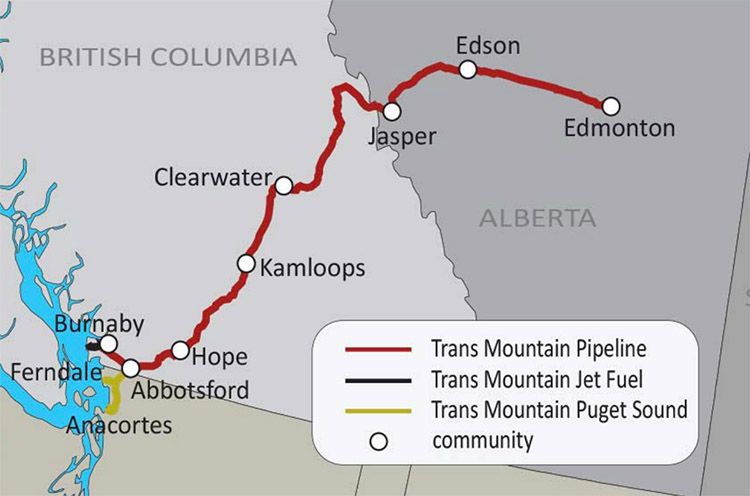 Friends of the Earth northwest consultant Fred Felleman said: “Trans Mountain is the one of the biggest threats to U.S. waters that few people have ever heard of.”

He says the proposed dilbit shipments are “a recipe for disaster.”

Friends of the Earth is now calling for improvements to the region’s oil spill response regulations, warning against “the biggest underlying threat of an oil spill—complacency.”

According to Felleman: “The expansion of the Trans Mountain pipeline poses the greatest risk of a catastrophic oil spill in the Salish Sea,” before adding: “This project would be the final harpoon in the population of endangered southern resident killer whales.”

And that is before you factor in how the dirty tar sands flowing down Trans Mountain will undermine Canada’s climate goals.

With the signing of the historic Paris agreement, Canada has committed to limit global warming to less than 2 degrees C and aspire to keep it to less than 1.5 degrees C.

In either scenario, there is simply no room for tar sands expansion.

New pipelines are about one thing only: locking in dangerous expansion of the world’s third largest oil reserve. This would also mean harnessing a fragile economy to decades’ more worth of boom and bust.

Alberta has massive potential to become a renewable energy superpower and new pipelines would do nothing but undermine this opportunity.

The Trans Mountain pipeline has also been resoundingly rejected by First Nations, municipalities along the route (including the city of Vancouver) and British Columbians alike.

It looks like the opposition to this pipeline will only grow.