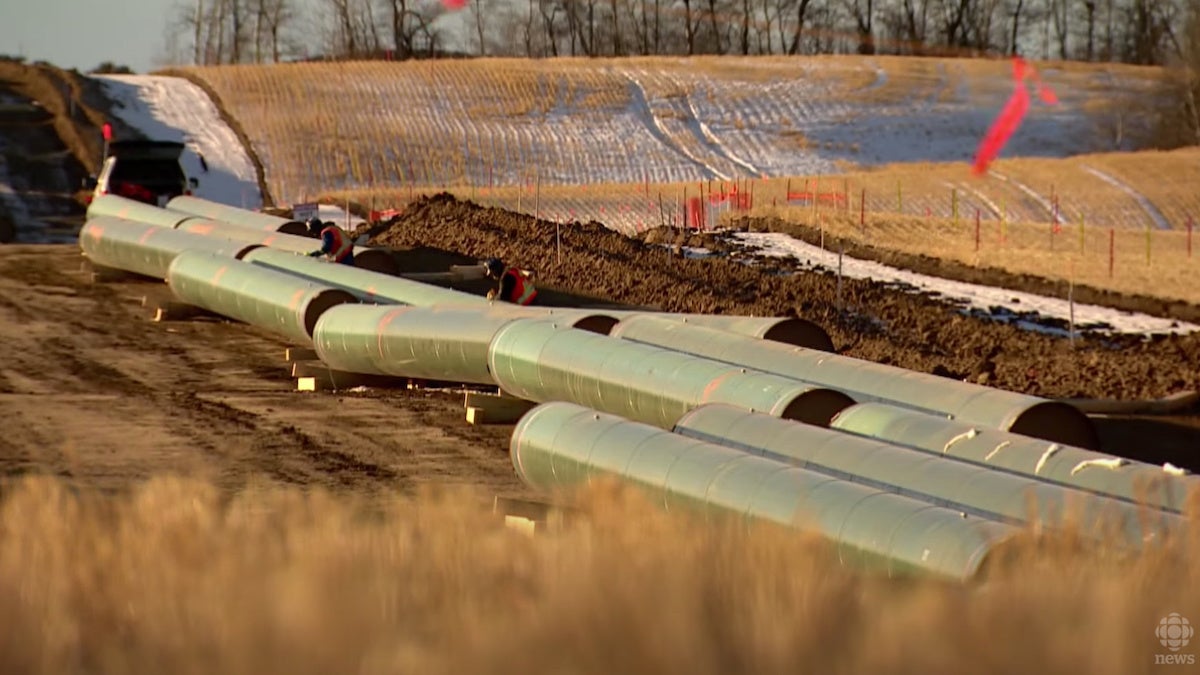 Indigenous groups oppose the Trans Mountain Pipeline expansion over concerns it will spill oil in their communities and erode their sovereignty. CBC News: The National / YouTube

The lead insurer of Canada’s Trans Mountain pipeline has dropped out.

A spokesperson for the Trans Mountain pipeline, which is planning a controversial expansion opposed by environmental groups and some Indigenous communities, said that Zurich would not renew its insurance coverage, Reuters reported Wednesday. Zurich’s decision comes as environmental groups have put pressure on insurers to abandon the pipeline and other fossil fuel projects over their contribution to the climate crisis.

“This project is never getting built,” advocacy group Stand.earth tweeted in response to the news.

Stand.earth is one of 32 environmental groups behind a petition urging Trans Mountain’s 26 insurers to cease covering the project by Aug. 31, according to Burnaby Now. Zurich is the third insurer to do so in the last two months, Stand.earth said.

“If you needed proof that petitions, emails, and calls work – this is it,” the group wrote on Facebook.

The Trans Mountain pipeline expansion would nearly triple the oil flowing along its 715-mile route from Alberta’s tar sands to the coast of British Columbia from 300,000 barrels a day to 890,000. Its opponents have faced legal setbacks in recent months. In February, the Canadian Federal Court of Appeals ruled that the government had adequately consulted with First Nations groups when approving the project. Then, in July, the Supreme Court of Canada opted not to hear an appeal of that decision from the Tsleil-Waututh Nation, the Squamish Nation and the Coldwater Indian Band, according to Burnaby Now.

Indigenous groups oppose the pipeline expansion over concerns it will spill oil in their communities and erode their sovereignty.

“What is happening is about more than just a risky pipeline and tanker project. We see this as a major setback for reconciliation,” Chief Leah George-Wilson of the Tsleil-Waututh Nation told CBC News following the Supreme Court’s decision not to hear the appeal.

Pressuring the project’s financial backers is another means of blocking it.

Trans Mountain’s current insurance contract runs out in August of this year, according to Reuters. For now, the company says it still has enough insurers to cover its regular operations and the expansion.

“There remains adequate capacity in the market to meet Trans Mountain’s insurance needs and our renewal,” a pipeline spokesperson told Reuters in an email.

Zurich did not comment on its reasons for abandoning the project.

Other insurers who covered the project this year include Munich Re, Lloyd’s of London, Liberty Mutual and Chubb. Munich Re said it would review the contract based on its new policies on covering oil sands. The others declined to comment.

One insurer who dropped out in July, Talanx, based its decision on climate concerns.